Celebrities in the US Marines and US Navy: Carey, Cosby, Fonda, Bogart. Let’s talk about celebrities who served in the …

Read moreCelebrities in the US Marines and US Navy: Carey, Cosby, Fonda, Bogart 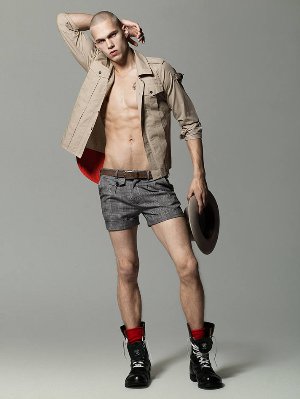 Well, this time we have an active-duty marine slash male model in his hot uniform. Famewatchers, meet Lance Corporal Dmitriy Tanner. He’s with the marines and he’s based in Fort Pendleton in Southern California. Aside from being a marine, Dmitriy is also a top male model having appeared in the advertising campaigns of top brands such as Diesel, Calvin Klein, and Dsquared. He was also a Calvin Klein exclusive for two consecutive runway shows in 2011.

Canadian Mountie Uniform: Paul Gross in. Due South is a 1990s Canadian TV show (that somehow managed to be aired …