Naturally, we are going to begin with Mr. January, a muscled well-sculpted god named Jamie Johal. If you look at the calendar closely, it says that our Mr. January is nicknamed “Nagfuel”. What kind of nickname is that? 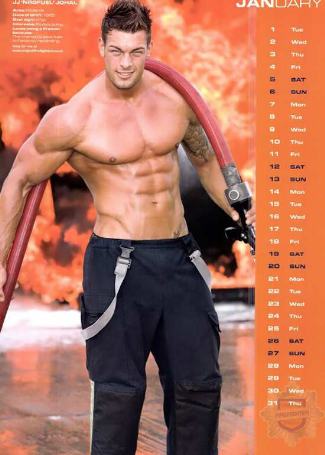 Next up in our list is Mr. March Jamie Davis. Why do we want him to drench us with his big hose? 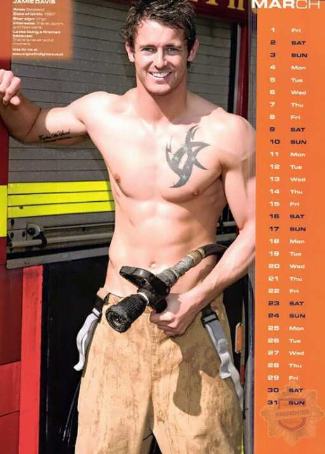 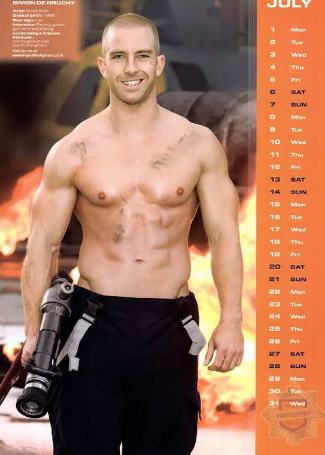 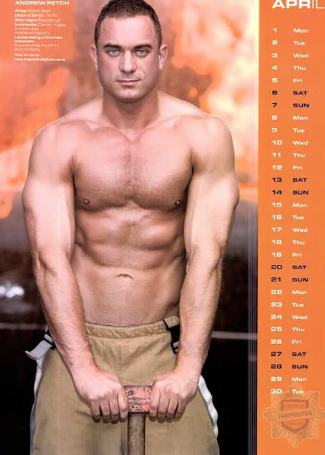 Mr. June Lee Phillips is blessed with the V-shaped upper body that a lot of you gym rats can only dream about. 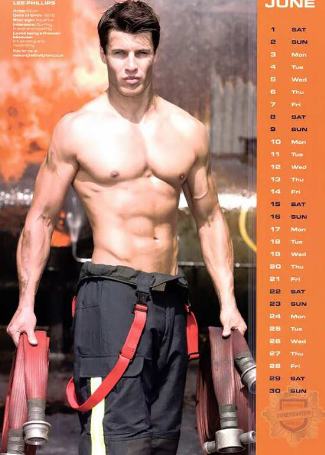 Would you agree with our friend Deena that Mr. October Ryan Jones is too boyish to be a firefighter? We’d like to get wet with him that’s for sure. 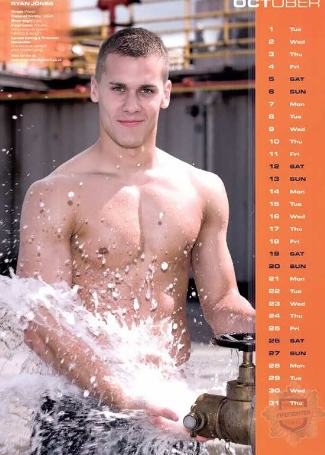 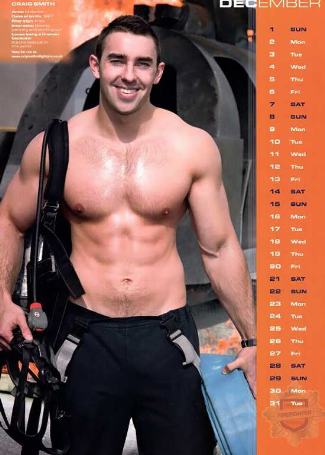 So do you have a favorite among these British firefighters calendar hunks? Ours would be Mr. May Denham Pope. Why, you ask? Because he’s rocking his badass tattoo. Because he’s a Pope and who does not love a pope, right? And because he reminds us of an ex-boyfriend who left us for a silly, silly accountant. Oops, maybe we should be hatin’ on Mr. May, no? Nah. It’s not his fault. Haha. 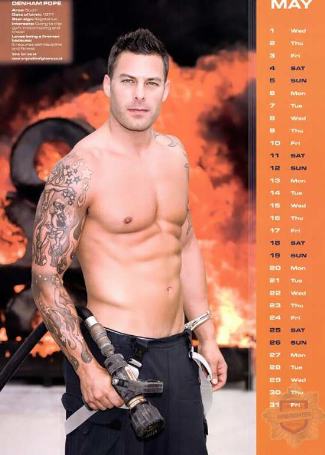 Too bad we don’t have the pics for the other months in the British firefighters calendar.

Maybe they are models who became firefighters? Your guess is as good as ours but we’d like to think that they are firefighters for real and not just “pretend” firefighters aka male models posing as firemen. Anyhoo, if you want more male calendar models? Check out these Hunky Irish Farmboys as well as these Dresden University Hunks.