Lester Holt Shirtless. We did a post on a shirtless Brian Williams so we should also write a post on the shirtlessness of his successor, right? Famewatchers, here’s the Lester Holt shirtless photo you’ve all been looking for.

Okay, we gotta admit that this is not a very revealing photo but it is, no doubt, better than the Brian Williams one because it ain’t a photoshopped image. 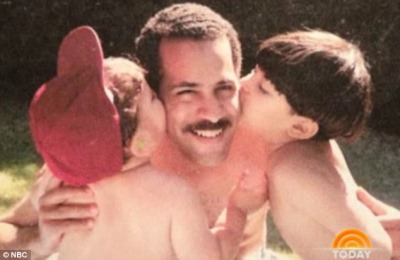 So how is Lester doing ever since he was promoted as primetime news anchor for NBC? According to deadline.com, he is doing very well indeed:

Nightly has led its broadcast competitors in all three metrics since Holt was named permanent anchor, after serving as interim anchor on the show for several months without much in the way of promotion. The NBC broadcast was up across-the-board compared to the same week last year. It’s the first time Nightly has won four consecutive weeks in both total viewers and the news demo since the week of January 19 through the week of February 9, 2015. Nightly now has won among total viewers for five of the past six weeks, nine of the past 12, and 297 of the last 304 weeks.

That’s pretty cool, huh? Seems like the initial fears that the show’s ratings will drop if Brian is not the main man may be unfounded after all.

So how much is Lester making from his new gig? Earlier media reports stated that he was asking for $10 million per year — which is the same as Brian Williams’ salary — but there have been no updates on whether he got what he wanted. Our guess is he accepted a lesser amount which could, of course, go up to $10 million if he continues to prove that he is a good match (and the right man) for the job.

Young Lester Holt. Holy canoly!!! Did you know that Lester was hawt, hawt, hawt when he was younger? Check out his high school year book photo. 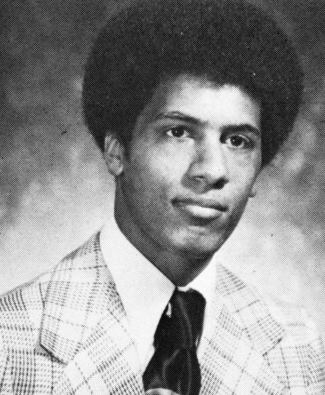 Damn! He just oozes with masculinity. We’d hit that and we’d bring it home to mama.

But what happened to him? Seems like all that years in the limelight had made him lose his s*x appeal. Hehe. He’s still handsome and all but he now looks like that uncle whom you can depend on to fix your computer and babble about some techie stuff.

Want more media hunks? Check out our post on the gorgeous John Fenoglio.