Grant Kemp Girlfriend, Shirtless Photos, and Other Stuff. You’ve checked out our real hot marine Alex Woytkiw, now let’s also check out a real hot fireman who, as it happens, is also a contestant on The Bachelorette. Famewatchers, meet Grant Kemp, a firefighter at the Hayward Fire Department in San Francisco, CA who is also a model. 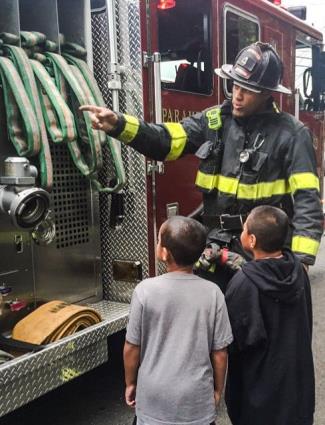 More about his firefighting history from romper.com: “The model by day and firefighter by night has been working as a paramedic firefighter for about seven years, according to his LinkedIn. He started off as a wildland firefighter for the US Forest Service in 2009, so yeah, he’s been saving lives for almost an entire decade. Not too shabby, right? It’s pretty impressive, and definitely respectable, that he has been able to keep up such a intense and noble job helping people in his day-to-day life. Today, he works as a firefighter paramedic with the Hayward Fire Department in San Francisco.”

Grant Kemp Girlfriend? As it sometimes happens in reality shows, Grant is being criticized for allegedly dumping his girlfriend when he was cast on The Bachelorette.

A girl named Erin Aschow is making the following allegations about Grant (via Twitter): “Alright, I don’t normally do this kind of thing… but this shit stain is going to be on TV tonight on a show many of you tune into… @bacheloretteabc. @GrantMKemp was in a serious, long term relationship with a friend of mine. A beautiful, smart, witty, kind and all around fabulous woman. He applied to be on #TheBachelorette when they were dating and broke up with her (no explanation/shut off his phone) to chase fame on TV.”

The tweet adds: “This awesome girl is actually a producer on Reality TV (girl boss) and introduced him to the producers, who he sneakily went through to get on the show! On and btw that Roman Numeral tattoo on his arm is the flight # he met the amazing girl on. Don’t support him or his douchey bull sh-t by following him on social media. He’s a turd and the only thing he should be famous for is being a giant, stinky turd. Even if you don’t watch the show, let’s all rally together and NOT support such despicable behavior. Go blow up his feed and comment #YoureADouche. @GrantMemp #YoureADouche.” 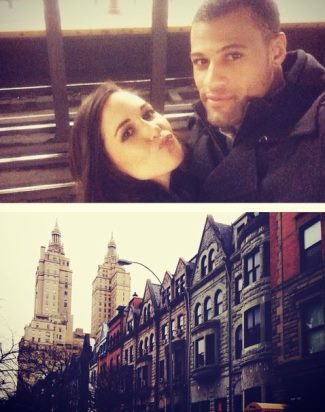 For his part, Grant claims that he and his girlfriend have already broken up when he applied to be a part of the show: “I put my name in to be on the show mid Jan. ….after we broke up, so you can relax.”

Who to believe, Grant or the former Grant Kemp girlfriend. All we are going to say is “Meh!” Haha.

Grant Kemp Shirtless. Now, now. We’d also grow bitter and Twittershame an ex if he looks like Grant in these pics and if he breaks up with us. 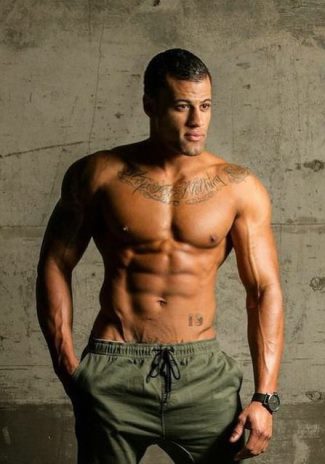 Grant Kemp Ethnicity. Looks like he is part-white and part-black, no? What say you, Famewatchers? We’ll update this section once we have the info.

Update 2020: We are updating this post to note that Grant was eliminated in Week 5 during the 12th season of The Bachelorette. Later on, he was cast for the third season of Bachelor in Paradise where he emerged as a co-winner. He dated Lace Morris whom he met on Bachelor in Paradise but they eventually called it quits. He is currently dating yoga instructor Katherine Eftekhari.

Let’s end this update with Grant’s modeling swimwear and underwear from the 2018 Marc Stein collection. 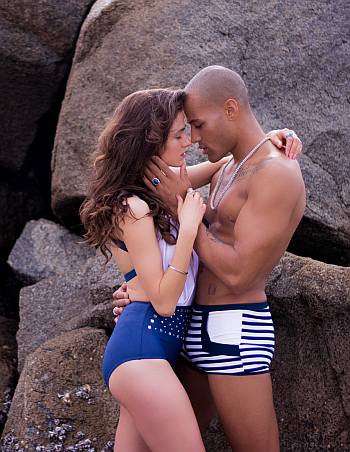 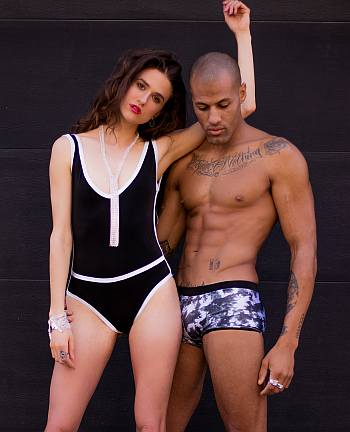