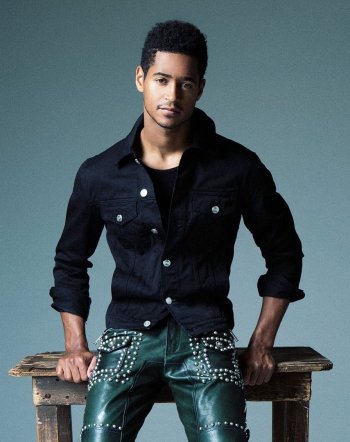 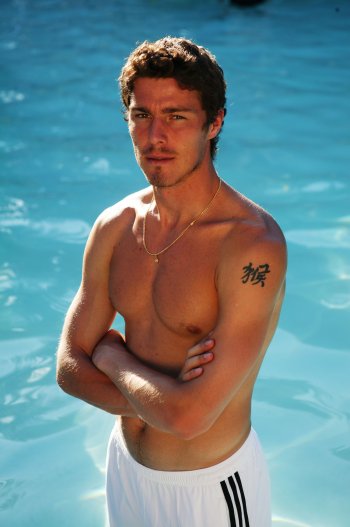 Marat Safin Shirtless Update: Now and Then. We are updating this post on Marat Safin because we know you are thirsty for a Russian zaddy. We are joking of course but, at 41 years old, our imaginary boyfriend back in the aughts now qualifies as a zaddy. He is gorgeous as ever and is still single and ready to mingle. Anyhoo, here’s a shirtless pic of Marat from his Instagram page (follow him @iamsafinmarat): 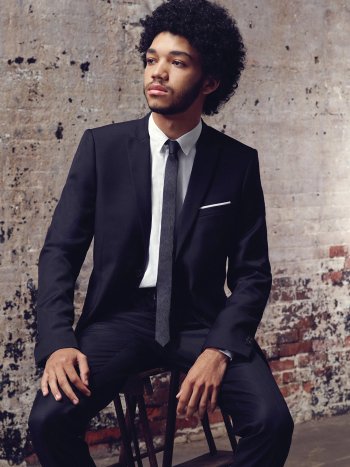 Justice Smith Shirtless, Underwear, and Boyfriend Photos. Today in hot men in suits, we bring you Justice Smith looking fabulous in this promo look for the TV show The Get Down. Said show was reportedly one of the more expensive ones produced by Netflix but, sadly, it didn’t get much of an audience so it was cancelled by the streaming service. However, The Get Down helped Justice Smith establish himself in the acting biz. With 20 (and counting) acting credits to his name which includes lead roles in the Pokemon movie and in the HBO TV show Generation, we think he’s proven that the prognosticators of Variety magazine knew what they were talking about when they included him in their list of “10 TV Stars to Watch” back in 2016. 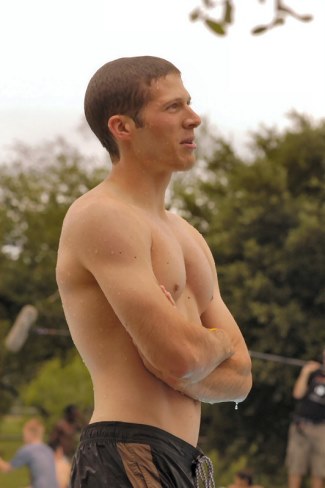 Shirtless Photos of Zach Gilford. Zach Gilford is starring in an upcoming movie, The Purge: Anarchy, so let’s do a post about his shirtlessness in the other movies and TV projects he starred in. That’s Zach above as high school football hunk in the critical TV show, Friday Night Lights (which starred our favorite TV hottie of all time, Kyle Chandler). 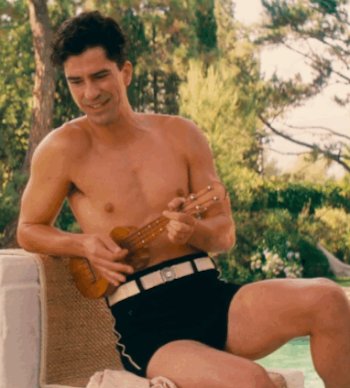 Hamish Linklater Shirtless, Speedo, Girlfriend. Anyone of you watching Midnight Mass on Netflix? We try to avoid this kind of shows which tend to keep us awake at night but it came from the same creating who gave us The Haunting of Hill House and it is getting great reviews — its currently at 95% fresh on Rotten Tomatoes — so we decided to give it a try. Boy did it scare us so we decided to watch it only during daytime. One of the lead actors of the series is Hamish Linklater who plays the mysterious priest Father Paul. Hamish is really good and we’re surprised to learn that he’s actually in The Big Short which we watched a few years ago. 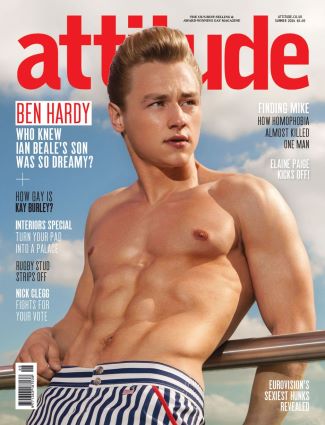 Ben Hardy Shirtless, Underwear, and Girlfriend Update. We are updating this post to note that Ben is starring as some kind of exhibitionist on the show The Voyeurs which is currently streaming on Amazon. Reviewers do not appear to be impressed with the series (it’s sitting at a 43% rotten score on Rotten Tomatoes) but we’re not complaining because we catch a glimpse of our Ben in his underoos. Hehe.