Zack Greinke Family and Parents. So, Zack and then girlfriend did tie shortly after we posted our original post below. Here’s a photo of the happy couple during their wedding. Courtesy of photographer Karla Fountain (karlafountainblog.com). 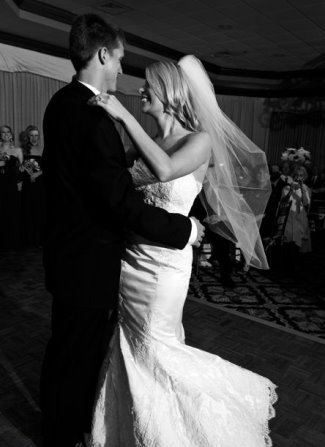 A few years later, in April 2015, Zack and Emily announced that they are expecting. Emily gave birth to a baby boy in 23 July 2015 and they named him Bode Greinke. Here’s a pic of the newborn and his happy parents. 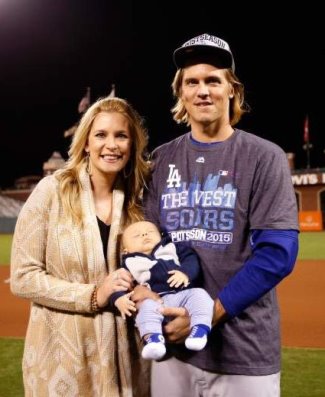 Speaking of parents, here’s Zack with his own parents Don and Marsha Greinke. The other guy on the right is his brother Luke Greinke who also played baseball in the MLB (NY Yankees) but who had to stop because of injuries. The girl, of course, is Zack’s then-girlfriend Emily. 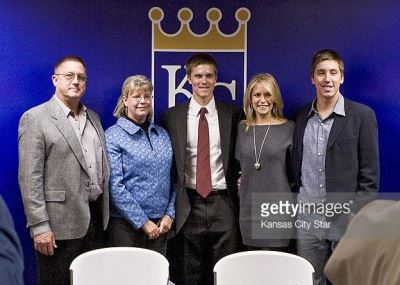 So that’s our update on the Zack Greinke family.

Original post (6 May 2009). Famewatchers, meet Emily Kuchar. She’s a model, actress, beauty pageant queen (she’s Miss Daytona Beach USA 2008), and – for those who follow baseball – the girlfriend of Kansas City Royals’ pitcher Zack Greinke. The two will reportedly get hitched after the season.

Emily looks fabulous with her crown.

UPDATE: You can now refer to Emily Kuchar as Mrs. Zack Greinke. After their engagement, Zack and Emily married last November 2009. This puts Emily halfway through her lifegoal “to have a wonderful husband with kids in a nice home along with a stable career of acting and modeling’. She’s now blessed with a wonderful husband and a nice home and we’re hoping with her that she’ll have a career in modeling and acting. After all, if Andy Roddick’s wife Brooklyn Decker can do it, why can’t Emily, no?

For his part, Zack appears to be enjoying his new non-single status. Asked about his marriage to Emily, this is what he said: “Just her always being there. You look in her eyes, and it just makes you feel good.”

Well, congratulations to you, lovebirds. Now, go forth and produce wonderfully cute babies.