Sean Connery Underwear Update (17 February 2017). You think we are done blogging about Sean Connery and his underoos. Of course we are not. So here’s our international movie icon biking around in his boxer shorts. The image is from his James Bond movie, Never Say Never Again. 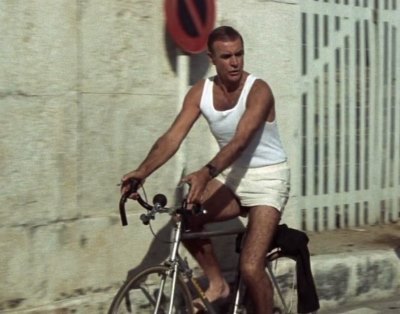 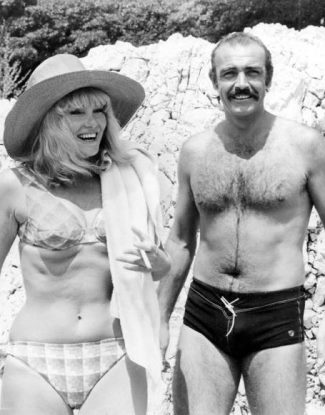 Finally, here’s our favorite photo in this update: Sean Connery in briefs underwear. FYI: If you want to be technical about it, the garment he’s wearing is not underwear. It is what you call a posing trunk which bodybuilders use when they are doing their many poses. 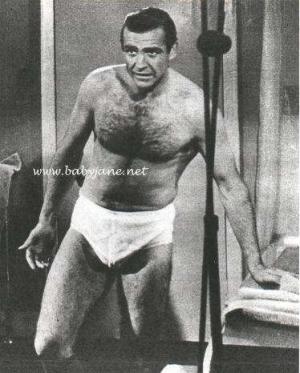 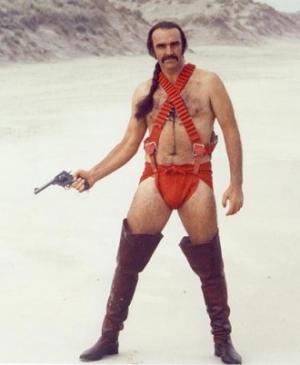 He’s the epitome of manliness, no? So we shouldn’t be surprised when some enterprising Chinese businessmen illegally used him to be their USA Selikon “endorser”. 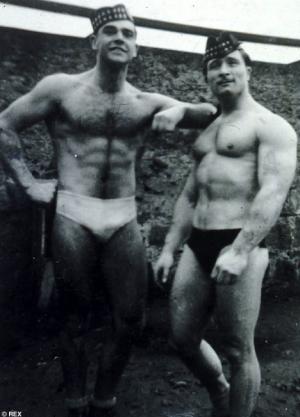 Did you know that Sean Connery (aka James Bond aka the hottest guy of his generation) used to work as a male model. Yeah, apparently our secret Scottish daddy crush did some underwear modeling before he made it big in Hollywood. Judging from the above picture, it looks like our Sean is “gifted down there”.

A young Sean Connery shirtless in his swim shorts, what’s not to like? This is what you call a patriotic geeky stud. Hail Britannia! God Save the Queen! 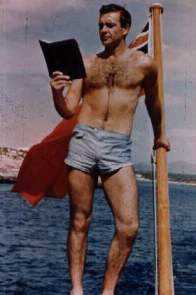 The fact that the great Sean Connery started his career as a male model should give hope to Miley Cyrus’s ex-boyfriend Justin Gaston and other models out there who want to make the jump to Hollywood. Who knows, maybe some of them will become the next James Bond some ten to twenty years from now. So to our good friend Deena: Stop mocking Justin Gaston okay!!!!!