Isn’t Zack Greinke cute? Totally. His girlfriend Emily Kuchar may be a model/beauty queen but he’s quite a looker himself. Anyways, Zack is one of the rising stars in Major League Baseball so we’re not surprised to find out that his cards are skyrocketing in value. 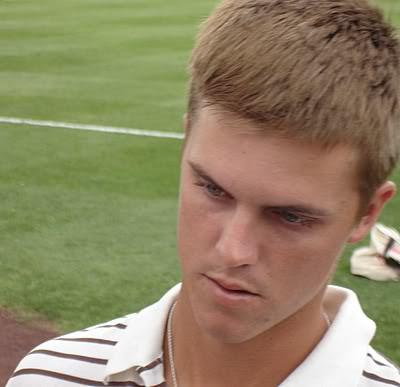 Cardboardconnection reports: “Greinke baseball cards have skyrocketed in value over the last month. Nowhere is this more apparent then on ebay. The hottest auction of them all is this 10-card lot of premium Zach Greinke rookie inserts which features two high grade PSA 2002 Bowman Chrome Gold Refractors, and four high grade PSA 2002 UD Prospect Premiers autographs. this auction – the mother of all Zach Greinke Lots.”

Prior to this season this lot would have been unlikely to surpass the $100 – $200 range, especially given the current economic climate. Driven by the strength of Greinke’s breakout performance this season, this lot has attracted almost 30 bidders and currently sits at an even $700.

Regardless of whether or not Greinke is able to maintain such a high level of performance, he has made a substantial hobby impact that is unlikely to be forgotten in the near future. 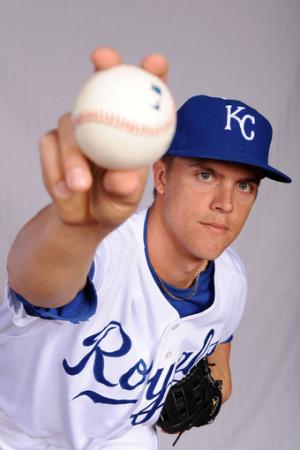 Oh, he also won the American League Cy Young Award in 2009. Good for you, Zack.

For more baseball hunks, check out Gabe Kapler in Speedo and Alex Rodriguez in His Underwear.