Designer Leather Underwear For Men (2017 Update). FYI: As may be expected, the Jeremy Scott leather undies mentioned below are no longer available. But you know where you can buy fabulous leather underwear? Well, Modus Vivendi makes them. 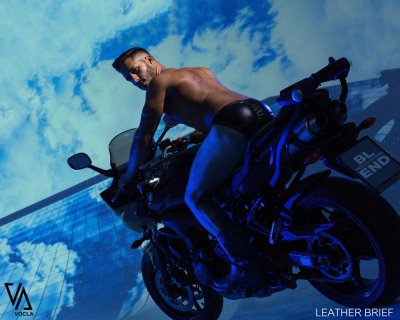 Despite the awesomeness of the pic above, riding a bike wearing nothing but your leather underwear is something you should not do if you don’t want to have a sore bum. Hehe.

How much is a Modus Vivendi leather underwear? Surprisingly, you can have the one below for only $66. That ain’t a bad price, eh? 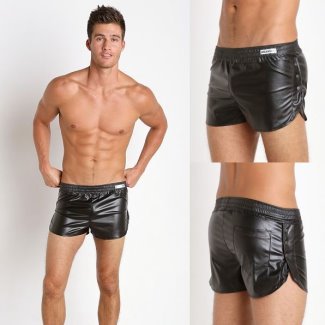 Designer Leather Underwear for Men (published 23 July 2011). Will men’s leather underwear ever become mainstream? We think its unlikely that it will ever be mainstreamed. In fact, we’d be surprised if the market for leather undies is not mostly confined to leather enthusiasts. Although they’re good to look at, leather underwear are just not comfortable to wear. 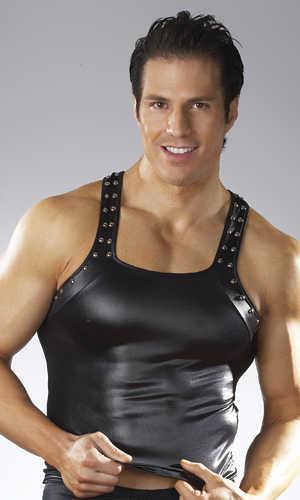 Unlike cotton and other garments, leather is not “breathable” so it traps body heat and that’s bad, bad, and bad for men particularly those who are concerned about their fertility. Leather undies are also not that washable so how do you keep them clean in order to not risk infection from the bad bacteria and fungi attracted by the heat and moisture and heat that can be trapped in your nether regions?

Still, designer leather underwear for men are pretty hot so we’re not surprised if artsy fashion magazines like Vogue Homme Japan publish feature articles about guys and their leather undies. 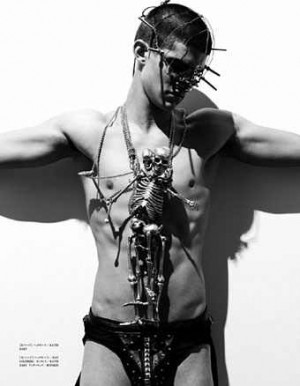 It’s also not surprising if leather undies are the draw to a fashion show. 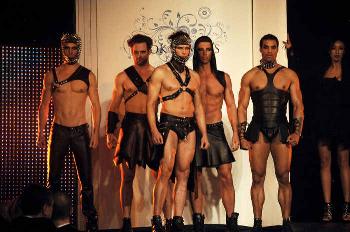 Lastly, we are not surprised at all if, every now and then, mainstream fashion designers like Jeremy Scott come up with sexy leather undies for men like what these hunky and studly runway models are wearing. 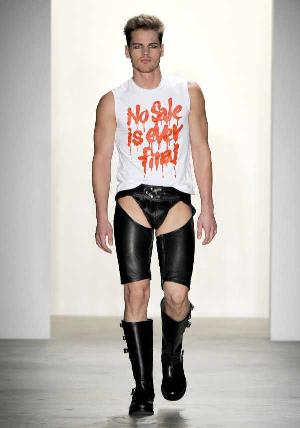 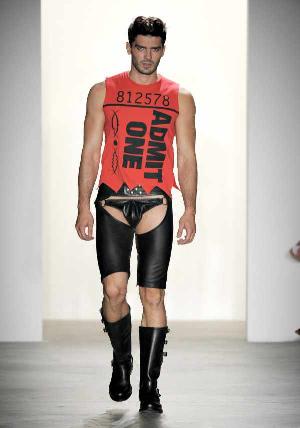 The last model below is, incidentally, our boyfriend. Haha. Joking. But wouldn’t it be cool to have a boyfriend like him? At a time when male runway shows tend to be ruled by waif-like emo twinks, it’s a breath of fresh air to find a studly muscle hunk like him, no? 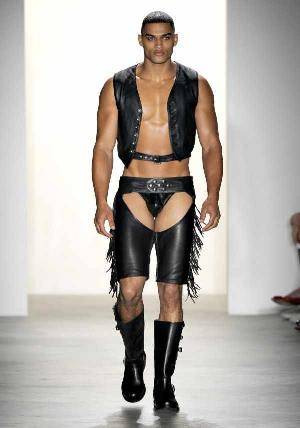 By the way, the above runway photos are from the NY Fashion Week Jeremy Scott which showcased the American designer’s Spring Summer 2011 collection.