Willis McGahee Shirtless. Today in famous men with big balls, we bring you former football running back Willis McGahee. Willis currently stars in a reality show called Famously Single. It airs on E! which is also known as the Shameless Kardashians’ Channel. 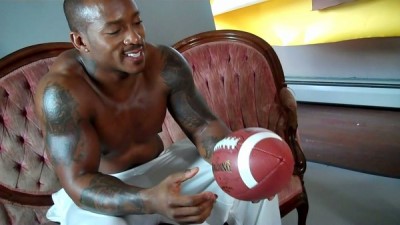 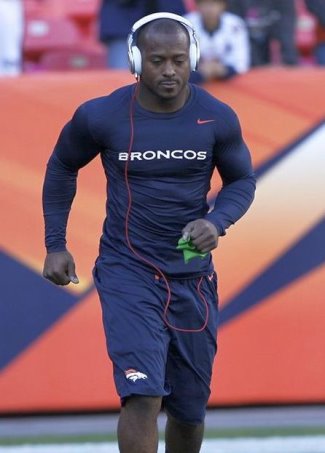 Now, add this third pic to your Willis McGahee shirtless collection. Apparently, he supports PETA and posed for them in all his nekkid glory. But we won’t include his au natural PETA photo. Why? Because our grandmama thinks PETA’s “birthday suit” photos are scandalous. We disagree of course but, every now and then, we let grandma rule! 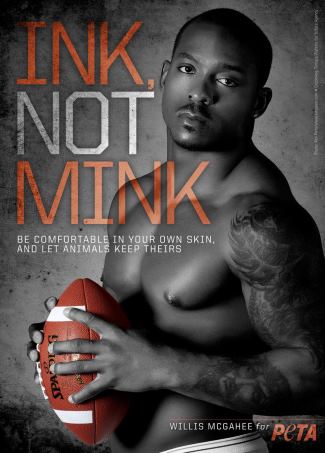 Finally, here’s Willis in his Under Armour underwear. He looks rather hot wearin’ it, no? 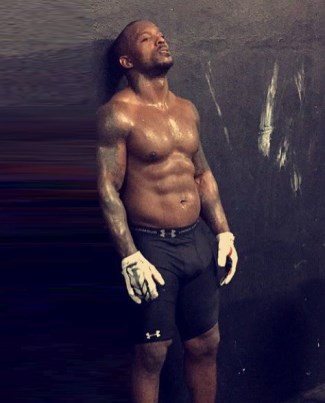 Willis works out using them gymnastic rings. Does he have a second career as a gymnast? If he does, we will eventually add him to our list of black male gymnasts? 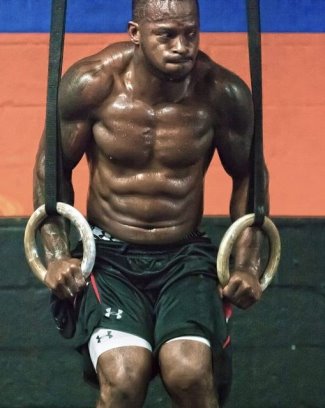 So how rich is Willis McGahee? Those who track celebrity wealth are all over the place. Therichest.com lists his net worth is $25 million while richestnetworth.com reports that our football hunk has a net worth of $45 million. Lastly, celebritynetworth.com says he “only” has $4 million. So, for sure, there’s a very big discrepancy in the reported wealth of our Famously Single star.

But at one time, there is no denying that Willis was at one time one of the highest paid running back a decade ago when the Ravens signed him for a $42 million seven-year contract.

Willis McGahee Girlfriend? So, do you Famewatchers think that Willis will find himself a significant other after Famously Single? Well, that remains to be seen but here’s a list of our football hunk’s exes: Kandi Burruss, Keisha Walls, Chiniqua Smith, and Dorothy Doretha McNeil. He sure does not have a problem when it comes to getting the girl. But he may have a problem keeping them.