Famous Men With Big Balls. This is a “blast from the past” entry. Meaning, it is an entry updated and republished from the past. This post was originally published in January 2010. If you know of a famous celebrity who should be included in our list, do tell in the comments. But let’s begin our list with:

Prince William. The balding Prince William, future king of the United Kingdom, was the captain of his university water polo team (he studied at the St. Andrews University in Scotland) so it’s no surprise that the guy has got himself a water polo ball. But he’s not the only famous man with big balls, check out the other male celebrity photos below. [Don’t miss Prince William’s Speedo photo, btw.] 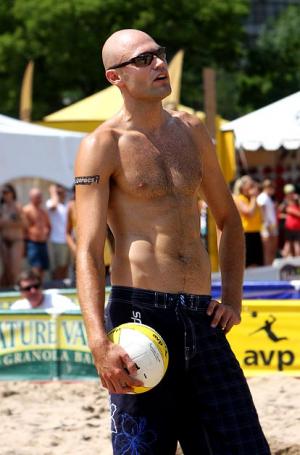 Wake Forest quarterback Riley Skinner, who is such a badass he actually posed for an awesome photo even the folks at thedirty.com had to censor. [Update: Sadly, a pro football career didn’t pan out for Riley. In 2010, he was signed and dropped by the NY Giants. According to wikipedia, he is now a college football analyst for the ACC Network.] 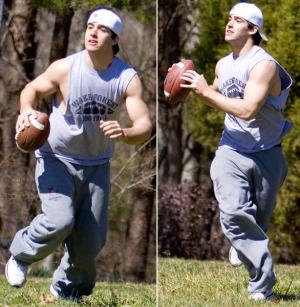 What’s the talented and handsome Denzel Washington doing with a basketball on his bed? Weird, no? Whoever conceived of this photoshoot has some ‘splaining to do. 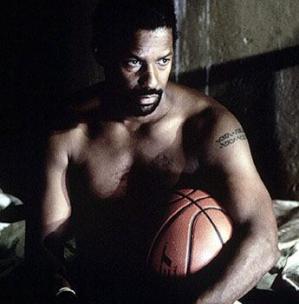 Reality star Brody Jenner (aka our favorite Kardashian) does some football-throwing at the beach. Why would a man tattoo his name to his body as Brody does in this photo? Is he afraid he’d get amnesia and forget who he is? [Update: Brody is no longer a part of the Kardashian clan following the divorce of his dad, Bruce, and stepmom Kris Jenner. Bruce also transitioned to a woman and now goes by Caitlyn Jenner.] 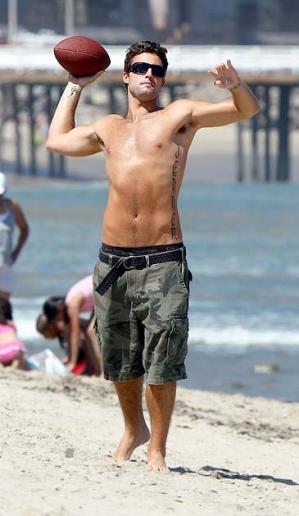 Here’s a college football player, Eric Decker of the University of Minnesota who, it must be said, is also a very good baseball player. [Update: Eric is now a wide receiver of the New York Jets. In 2014, he signed a five-year $36.25 million contract with the team.] 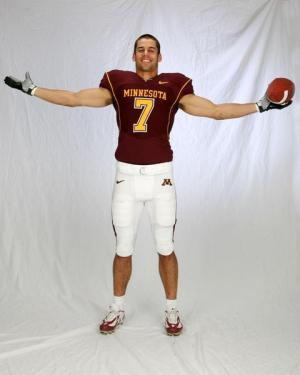 Here’s a male models with a big ball. We don’t know his name. If you do, help us ID him in the comments.

Hmmm. Seems like our famous celebs and models like their footballs more than other kinds of big balls. Here’s shirtless actor Andrew DiPalma lookin’ good posing with a football. 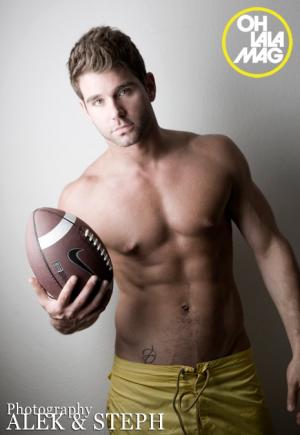 And, finally, here’s Argentine tennis player Juan Martin del Potro. Okay, the guy does not actually have a big ball in this photo but it takes big balls to win a tennis Grand Slam title which he did when he beat Roger Federer to win the U.S. Open in 2009. [Update: Winning the U.S. Open title appears to be the pinnacle of del Potro’s tennis career coz he’s not been a factor in tennis since his Grand Slam victory.] 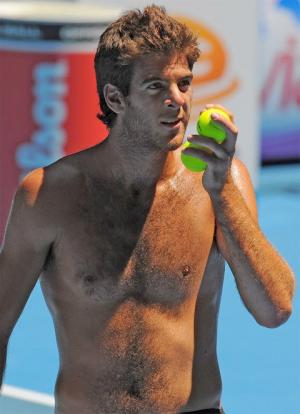