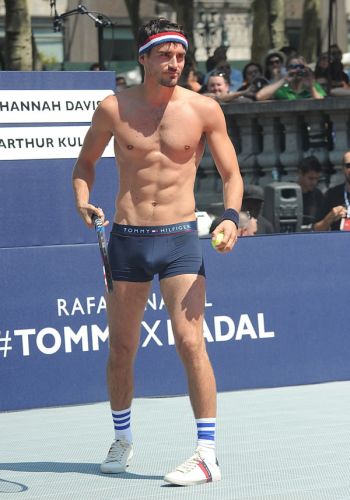 Underwear as Outerwear: Mens Boxer Briefs by Hilfiger x Nadal. Who says you can’t play tennis in your underwear? Well, definitely not tennis superstar Rafael Nadal and American designer Tommy Hilfiger who organized a strip tennis match where models ended up bashing balls and doing that serve and volley thing in nothing but their boxer briefs underwear. 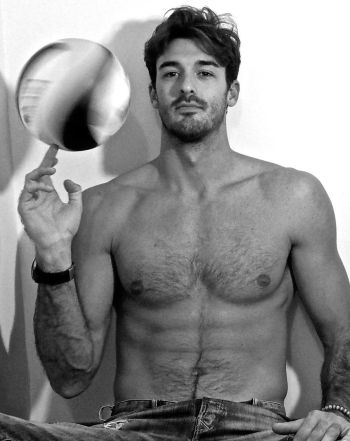 Alex Ranghieri Shirtless, Underwear, Volleyball Hunk. We were supposed to add the first photo below in our post on Hot Male Volleyball Players but we keep finding gorgeous pics of the guy with his washboard abs and perfectly sculpted body so we decided to write this post that’s solely focused on his gorgeousness. 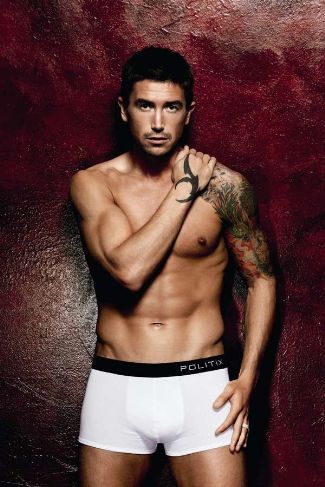 Soccer Players Underwear Models. We already answered the question on whether soccer players wear underwear. Now, let’s check out some soccer or football players who — like David Beckham, Cristiano Ronaldo, and Freddie Ljungberg — did some underwear modeling. 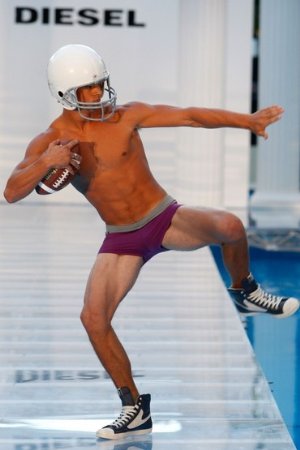 More Mens Diesel Underwear Models. Let’s update this post to point out that Diesel mens underwear isn’t only about boxers and briefs. Diesel also has chic loungewear for men. Like the hot pajamas on male model Nic Balducci below. Diesel loungewear is a fit outfit for those of you who’d like to just relax around the house. 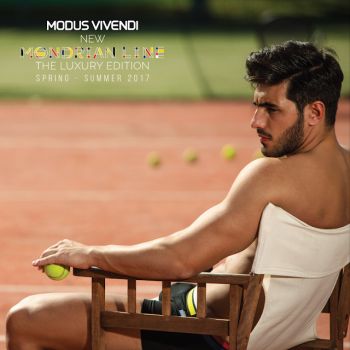 Tennis Players Underwear: Modus Vivendi Briefs and Boxers? Unlike Formula 1 drivers who need fireproof underwear or BMX racers who need extra padding, tennis players do not need any special kind of underwear in order to swing their racquet or smash tennis balls in the court. 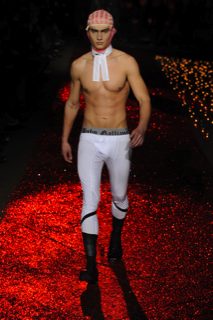 John Galliano Underwear: Vladimir Ivanov in Long Johns. This entry is specially posted for Famewatcher fans of Russian hunks as well as those who are fans of men wearing long johns underwear. If you are a fan of both hot Russian hunks and men in long johns, then this is a two-in-one post for you.