Karam Gaber Shirtless: Egyptian Wrestler is an Olympic Hunk. Time for another Arab hunk and this time let’s check out Eqyptian wrestler, Karam Gaber. Who is Karam and why are we blogging about him? Well, we are blogging about him because he is probably the most successful Egyptian Olympic athlete having won two Olympic medals – a gold medal in the 2004 Athens Olympic Games and a silver medal in the London 2012 Games. 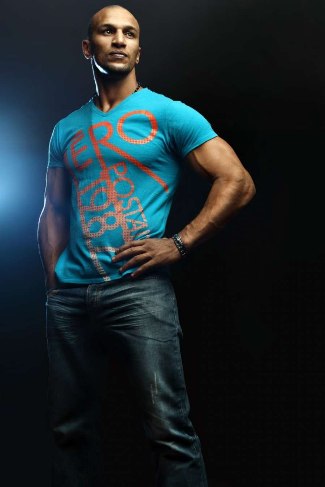 Anyhoo, here’s our Egyptian hunk in his blue wrestling tights.

And here’s Karam in a wrestling match. It appears like he’s dominating his opponent, no? The pic reminds us of our earlier post: Wrestling is So Gay!

Aside from wrestling, Karam also engages in Mixed Martial Arts. So far, he has one MMA fight under his belt according to sherdog.com but unfortunately lost the fight to Japanese pro wrestler & MMA fighter Kazuyuki Fujita. 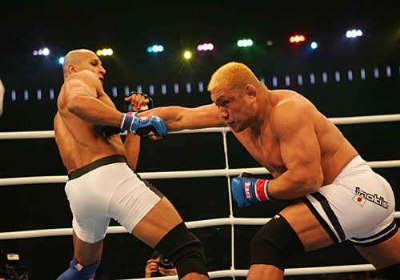 Well, you can’t win them all. Fujita may have his 15 MMA wins but Karam has his two Olympic medals and in the world of sports, Olympic achievements top them all, right?

Here’s Karam and the other medalists from the London Olympic Games (Men’s Greco-Roman Wrestling, 84 kg). Aside from our Egyptian silver medalist (he’s the bald hottie on the left), the other guys in the pic are: gold medal winner Alan Khugaev of Russia and the two bronze medalists, Danyal Gajiyev of Kazakhstan and and Damian Janikowski of Poland. 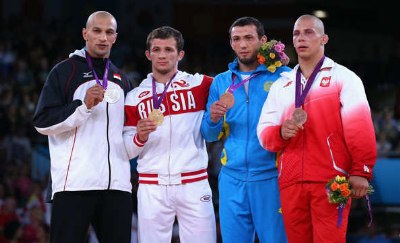 Karam is 32 years old so he will be 36 at the Rio de Janeiro Olympic Games in 2016. Do you think he will qualify and make it again to the medal podium. Well, we hope he does because we’d like to see more of his sexy bald head. Hehe. Didn’t we tell you in the past that bald men are hot? Well, Karam Gaber is a 100% proof of such hotness.