Rosie O’Donnell Michelle Rounds: Generous Prenuptial Agreement? Did newlyweds Rosie O’Donnell and Michelle Rounds sign a prenuptial agreement? Yes they did according to the New York Post which may or may not know what it is talking about. The tabloid also reported that one of our favorite comics inked a prenup that is “generous” to Michelle but the latter will get nothing, we repeat NOTHING, if she cheats. No word though on what happens if ever Rosie does the cheating and if, by some miracle, Michelle wins a billion dollars from the lottery. 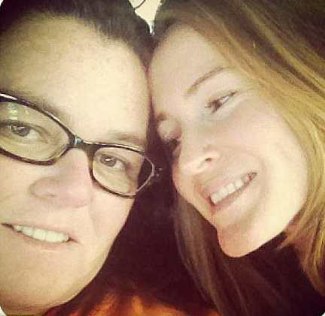 From the NY Post: “Before their secret rush wedding in June, Rosie O’Donnell subjected her new bride Michelle Rounds to eight months of grueling prenuptial negotiations — and she’ll get nothing if she cheats, Page Six can exclusively reveal. Sources say O’Donnell, 50, was so tough in the talks that they didn’t get the prenup signed until hours before the intimate June 9 wedding, which was held in front of just a few people at O’Donnell’s home in Nyack.”

Adds the report: “While comedienne and talk-show host O’Donnell has been ‘extremely generous to Michelle in the prenup’, sources say, her 40-year-old bride ‘gets nothing if she cheats’.”

We should repeat that the above Page Six report may or may not be true and that the only ones who know about what’s written in the O’Donnell-Rounds prenuptial agreement (and if there’s really any such agreement) are the parties involved and their lawyers.

If the report is correct that Rosie was “tough in the talks”, then we say good for her for sticking to her guns. We here at Famewatcher are traditionalists when it comes to marriage — not the “ban gay marriage, only heterosexuals can marry” kind of traditionalism but the “we’re marrying for love so lets not worry about prenups” kind of traditionalism — but if you’re going to enter into a prenuptial agreement you might as well get the best the you can get.

What about you? What do you think of prenups in general and the report of Rosie being a tough negotiator in her prenup negotiations in particular? Tell us what you think in the comments.

For more on Rosie O’Donnell check out our post on the World’s Top Lesbian Heroines as well her interviews promoting her TV project, America and Philip Johnson.