Rami Malek Gay, Girlfriend, and Shirtless Photos (28 August 2015). What a difference a year makes! Within this short period Rami Malik has moved from the supporting actor category to the leading role status. This change is thanks to the surprise hit, Mr. Robot (on the USA Network), where Rami plays the main character Elliot Alderson.

Here’s what Rami says about his biggest acting role and the feedback he receives from techies about how he plays his role (via geekwire.com): “A lot of people in the tech community, they’ve been very complimentary on how accurate our portrayal is. I mean, I know we miss things here and there, but it’s few and far between. The level at which we’re speaking about technology, I don’t think you can be 100 percent accurate in any case. It’s such a fine line, that’s drawn with numbers.”

He adds, “But you know, some guy came up to me the other day and talked more about the social anxiety aspect [of Elliot.] He said, ‘You nailed the social anxiety in episode one, and then in episode two you lost some of that. Is there any way that in episode three you can bring it back?’ Meanwhile, I knew that I was shooting episode six, so I just nodded and said, ‘I’ll do my best, man.'” END_OF_DOCUMENT_TOKEN_TO_BE_REPLACED

Arab Male Model of the Day: AJ Abualrub. We are updating this post to bring you this photo of AJ modeling this very interesting H&M underwear for Fiasco Magazine. This is the first time we’ve seen an underwear disguised as a very short jean shorts. 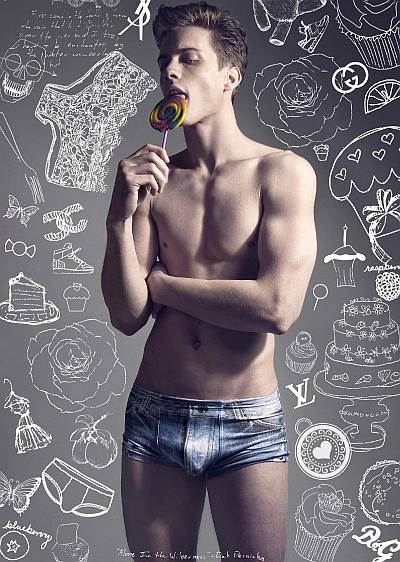 What do you think of the outfit? To be honest, we are not loving it. Underwear is supposed to invite the curious to want to see more but this jeans-as-underwear is a bit of a turn-off. Anyhoo, for a conventional underwear modeling photo of our Arab hunk of the day, here’s AJ posing in a long coat and an Emporio Armani briefs. Pic is from the the 2010 NYFW Ford show package. 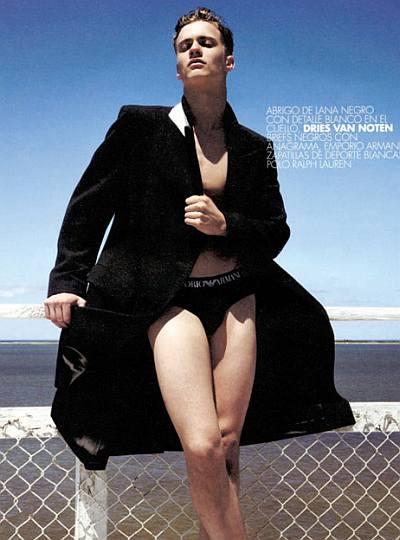 END_OF_DOCUMENT_TOKEN_TO_BE_REPLACED

Lebanese Male Model: Fitness, Shirtless, Underwear Hunk Adam Ayash. Let’s add beautiful male model Adam Ayash to our list of Arab Hunks. This Lebanese-American hunk is Kevin and Deena’s new imaginary boyfriend. We can see why they are infatuated with him. He’s cool and hot. He’s got a body to die for. He doesn’t mind modeling underwear. And, he’s got a master’s degree in Exercise, Fitness, and Health Promotion from George Mason University. 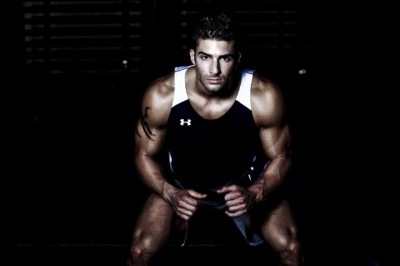 Before you go, “Eh, is that a real degree and not one of them cough “internet degrees” cough?” The answer is, “Yes, it is a real degree! We looked it up on the university website. END_OF_DOCUMENT_TOKEN_TO_BE_REPLACED

Arab Men in Suit and Tie. Of course Anas Elbaz and Omar Lotfi are not the only Arab guys who look fab in suit (okay, just one of them is wearing a suit but we don’t know which one, hehe). Check out Fadi Cherry, Wissam Hanna, Abdelmoumen El Maghraouy, and Mrad Mouawad.

First, here’s Wissam Hanna, a Lebanese actor and TV presenter. He’s also a model and a Beauty King (that’s what you call the male version of a beauty queen, right?) having won the title of Mr. Lebanon 2005/2006 and, subsequently, Mr. International 2006. Our Wissam ain’t just a gorgeous beautiful guy; he’s got the brains too. In fact, he’s got a Masters in Law degree which sounds pretty awesome.