Dr Rey Shapewear: Better Alternative to Surgery? Who says you have to undergo plastic surgery to have a good looking body? Not Dr. Robert Rey of the E! Network’s Dr. 90210. And not fashion designer Bruno Schiavi. The two teamed up to create undergarments for women (called Dr Rey Shapewear) that would have the same visual effect as plastic surgery. 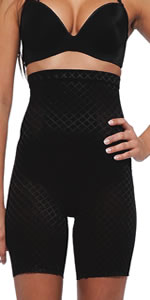 Says Dr. Rey of his creation: “As a plastic surgeon I know how to make the body look good from the skin inward, and with Bruno as the designer he knows how to make the body look great from the skin outward. It was my idea to do Shapewear because I wanted women to have an alternative to the radical option of surgery. Shapewear is a really good alternative.”

He adds: “It supports the woman’s body, especially around her belly, inner and outer thighs, her tooshie, and it gives more support to her breasts. With Shapewear, all these areas look great.”

And it’s not just women who use them too. According to the doctor, dudes are also into using the Dr Rey Shapewear.

Says Dr. Rey: “There was this trucker who wrote in saying: Doc, I have a big belly and a little bit of a hernia and I drive all day long and I put on your Shapewear and it gives me a lot of support. Having said that, our line was never meant to be used by men. We’re glad there are guys feeling a little more supported by it. So, because of the endless requests we do have – there have been a number of men who want to pad some other areas, I’m sure you can imagine – we have very seriously thought about making some biker shorts for men with all the support in the right places, and underwear for men with all the support in all the right places. We’ve considered it but we haven’t started making it just yet.”

So, does this thing work? Well, we haven’t tried it so we can’t say whether it does or doesn’t but if what it aims to do is hide the bulge (i.e., make it not noticeable) then it probably does work. At least they’re not claiming that you will be burning your fat while wearing it a-la Scala anti-cellulite pants.

UPDATE: Dr Rey Shapewear in Canada (posted: 01 December 2009). Dr. Robert Rey of Dr. 90210 talks about his Dr Rey shapewear which, according to the doctor himself, is a good alternative to surgery.

In this video, Dr. Rey talks about bringing his shapewear to Canada. It’s kind of funny how excited he is talking about beautiful bras, beautiful corsets, panties, g-strings….

What? G-string? How does a g-string make you look trim? Beats us. Maybe it will absorb the fat or something. Hehe.

Dr Rey Shapewear Alternative: Maidenform Shapewear? (posted: 05 December 2009). Move over Dr. Rey, turns out that you’re not the only one making Shapewear for women who’d like to hide their bulge. Shapewear, it turns out, is really really popular. And, despite the economic downturn, shapewear manufacturers are reportedly raking it in. 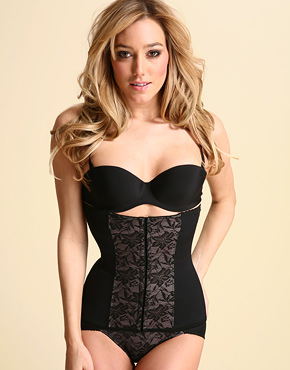 From a Reuters story:

Reznik said Maidenform has the largest market share in shapewear and he is optimistic in the continued growth of the category as shoppers globally battle bulging waistlines.

We’ll have our friend Deena try out this shapewear thingie to see how it works out for her.

Dr Rey Shapewear 2017 Update. For those of you wondering where you can buy Dr Rey Shapewear, it is available at Sears. We wouldn’t be surprised if you can find them on other stores too. 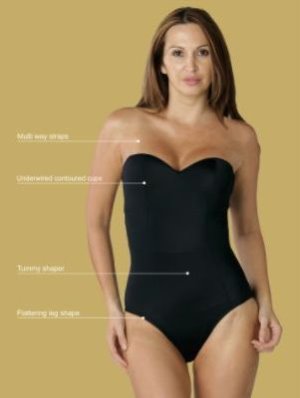 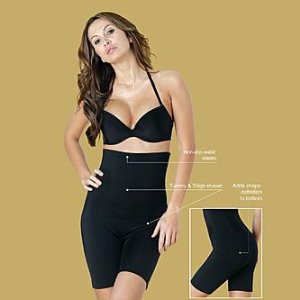