Jason Statham Diver in Speedo: Commonwealth Games: So, we are updating this post to include the following BBC video, as well as some images we screencapped from it, of a Speedo-wearing Jason Statham diving for Merrie Olde England.

Specifically, he is representing his country in the 3-meter springboard event at the 1990 Commonwealth Games held in New Zealand. It’s fair to say that he’s a “splashy” diver, no?

Here are caps from the video above: 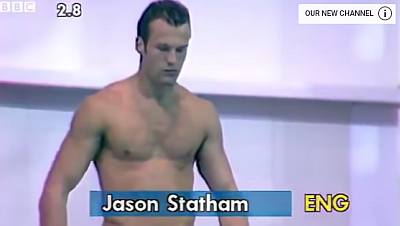 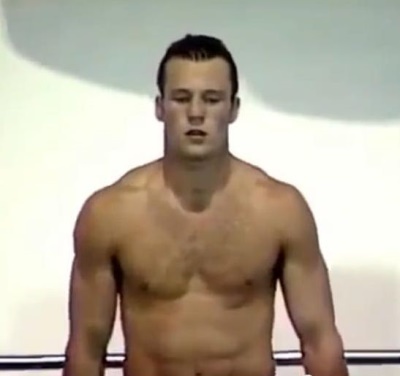 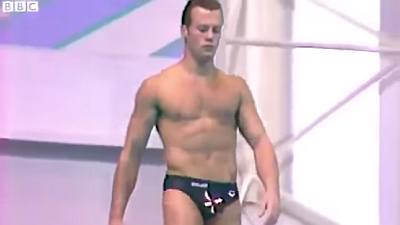 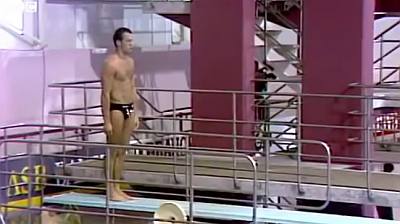 He may not have won a medal (we think he’s too beefy to be a competitive diver) but he’s now an action star and millionaire now!

…..
Jason Statham Underwear (5 September 2012). Does Jason Statham wear boxer or briefs underwear? We think he is more of a boxers guy but this is just pure baseless speculation on our part. Still, here’s a photo of The Expendables star in a pair of blue boxer shorts. Ha. Would this be enough proof for us Famewatchers to conclude that Jason prefers boxers over briefs? 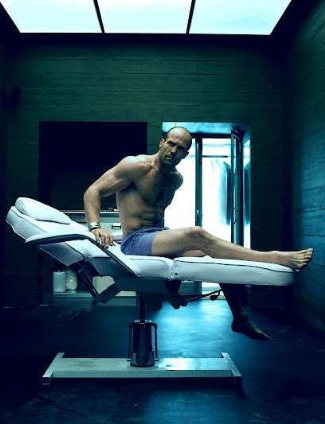 A closer look at Jason, his underwear, and his unshaved hairy chest. No silly metrosexual male body waxing for this one. Yay, for natural manhood. Haha. 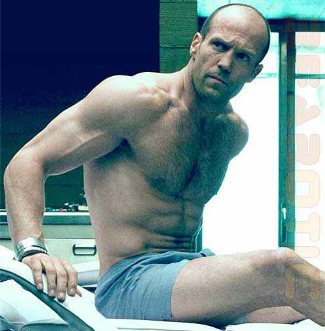 …..
Jason Statham Underwear Speedo Photo (5 February 2015). Here’s a question for you fellow Famewatchers — what do Jason Statham and Tom Daley have in common? Aside from the fact that they are both British, did you know that our burly Jason used to be a competitive springboard diver like Tom? Yeah, that’s one thing we found out about the Lock, Stock and Two Smoking Barrels star today. Apparently, he was a good enough diver that he made it to the British national team for ten years. Here’s the proof: Jason diving in his skimpy Speedo swimsuit. 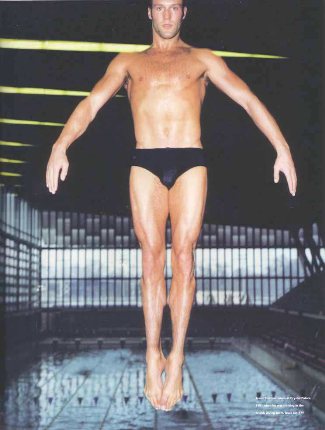 Who is sexier? The young Jason Statham diving in his Speedos or the older dude who wears boxers underwear. Let’s just give them an equal score, shall we?

Anyhoo, here’s what Jason says about his early years as a diver (via contactmusic.com): “I did it for a little while; it was a silly hobby. I was on holiday with the parents years and years ago and I saw some guy do a high dive and I said, ‘You know what, let me have a go at that.'”

Jason continues: “It was just this stupid idea that I’d be able to do. I was on the British team for, like, 10 years and I ran around the world competing. I go under the water now, instead of above it… I like scuba diving. It’s great, down there with the fishes.”

Duh, Jason. It ain’t no silly hobby if you ran around the world representing your country in international competitions. Don’t you know that some people would die for that opportunity. Maybe you’d have won Olympic medals for Britain if you didn’t think of it as a hobby.

Despite the passage of years, Jason – who now belongs to the men in their forties club – has clearly retained his skills as a diver. Check out these paparazzi photos of him diving to the sea during a vacation with his then girlfriend Alex Zosman. 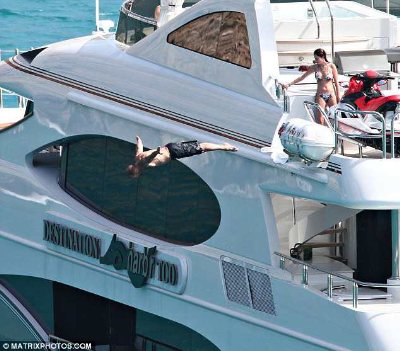 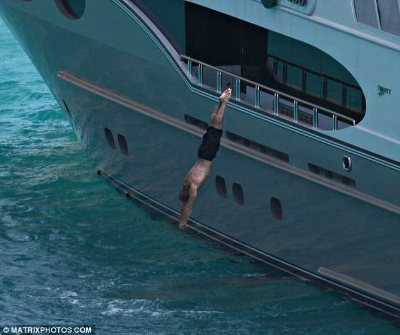