Muhammad Ali Watch, Boxing Gloves, Sunglasses (updated from original 14 August 2010 post). Vintage watch advertisement featuring the greatest boxer of all time, Muhammad Ali. The watch above appears to have been manufactured by a company called Depraz Faure America Corp. We can’t find anything about this manufacturer but there’s a Swiss watch company called Dubois Dépraz which must have been the parent company for the American branch. 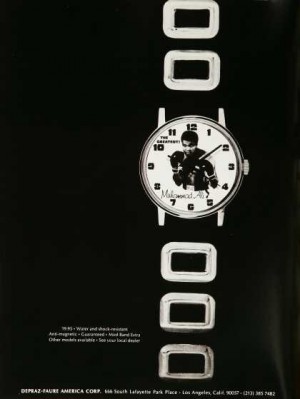 Anyhoo, check out these other Muhammad Ali vintage watches we found across the internets. 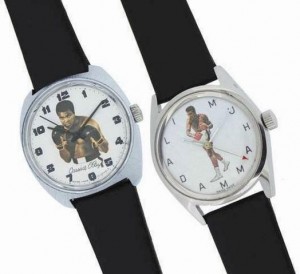 Here’s a Fossil watch reportedly autographed by the great man himself. 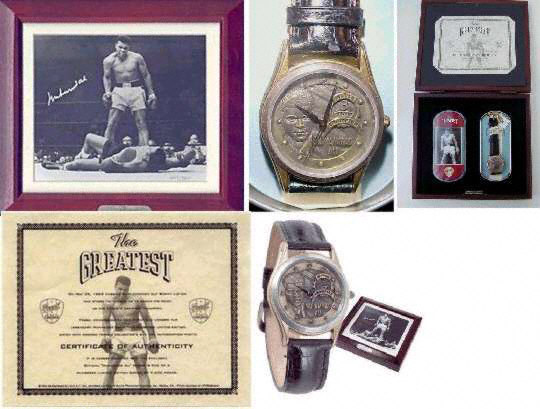 …..
Muhammad Ali Boxing Gloves is an Everlast. Hah. Now we have the answer to a question that Kevin has been bugging us which is the brand of boxing gloves used by Muhammad Ali. It’s Everlast Boxing Gloves, Kevin! Now you know. Thank us by sending us a Christmas gift. Haha. 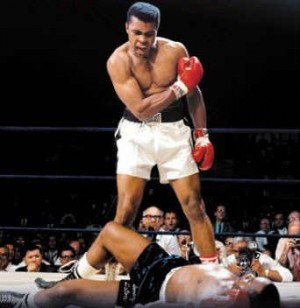 To be honest though, we don’t know whether the greatest boxer of all time used this brand in all his bouts or whether he used it only in this particular fight immortalized on camera. By the way, Everlast seems to be living up to its name because it is still going strong… although some of the denizens of sherdog.com are ranking it among their worst boxing gloves for some reason.

By the way, did you know that Ali was named in 1999 as Sportsman of the Century by the British Broadcasting Company (BBC) and Sports Illustrated? It’s a title that’s well deserved. We can’t think of any athlete whose impact in sports as well as outside of it can equal Ali’s. Can you name one? 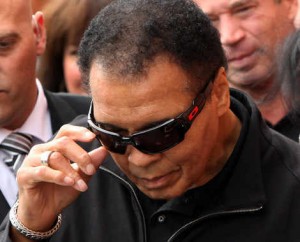 Hah, we can’t write a post about Ali without appreciating his great sexy body too can’t we. Here’s a shirtless Ali in the prime of youth. Long may he bless the world with his presence. 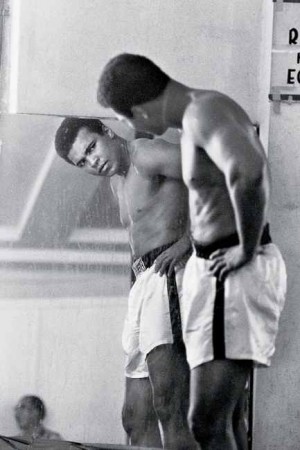