Sean Avery Shirtless Hockey Hunk: New York Rangers. We are updating this post on hot hockey player Sean Avery to bring you some shirtless photos of the retired hockey great.

Yup, our Sean has retired from hockey in 2012. According to wikipedia, he was appointed as chief strategic officer for the Lipman Advertising Agency where he has helped developed strategies for clients such as Stuart Weitzman and 7 For All Mankind. We are assuming that he is still working with said agency. 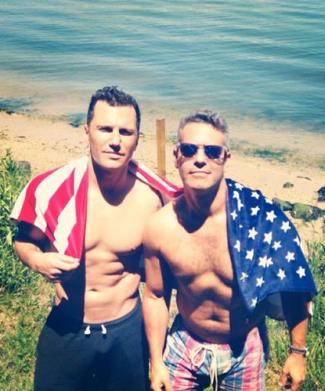 END_OF_DOCUMENT_TOKEN_TO_BE_REPLACED

Beau Bennett Girlfriend, Shirtless Photos, and Other Stuff. Today in hockey hunks, we bring you Beau Bennett of the New Jersey Devils. He used to play for the Pittsburgh Penguins and was part of the 2016 Stanley Cup Championship team but was traded to the Devils this June.

Beau was the 20th overall draft pick and had a promising start with the NHL. Unfortunately, his pro career has been plagued by injuries so his star has faded somewhat.

Still, his new coach John Hynes sees lots of potential and opportunity in the 24-year-old lad. Here’s what coach Hynes says of Beau according to the Pittsburgh Post Gazzette: END_OF_DOCUMENT_TOKEN_TO_BE_REPLACED

Black Hockey Players in the National Hockey League (NHL). Immediately after we published our post on hockey players, our friend Deena wondered whether there are enough hockey players of African descent for a separate post on black hockey players.

It turns out that there are. In fact, the Ice Hockey wikia lists 27 black hockey players who are currently playing for an NHL team. There are tons more who played in the NHL but who have since retired or are no longer playing professional hockey.

Anyhoo, here’s our list of shirtless black hockey players in 2015:

END_OF_DOCUMENT_TOKEN_TO_BE_REPLACED

He has since proven himself valuable to the team. In fact he made it to the 2012 All-Rookie Team and, during the same year, was awarded the Calder Memorial Trophy which is given to “the player selected as the most proficient in his first year of competition in the National Hockey League (NHL)”. Apparently, the Calder trophy is the NHL’s equivalent to the Rookie of the Year Award in other pro sports.

Oh wait, you are looking for and are more interested in some Gabriel Landeskog shirtless photos? Our apologies for the delay but here you go:

END_OF_DOCUMENT_TOKEN_TO_BE_REPLACED

Hot Hockey Players 2015 Edition. NHL hockey players are the most covered professional athletes so its a treat when some of them go shirtless like these 10 professional hockey players we are featuring in this post. Do you have a crush on these hockey hunks? Who of them is your imaginary boyfriend?

Henrik Lundqvist. King Henrik currently plays for the New York Rangers. In fact, this Swedish goaltender has been playing for the NY Rangers since he joined the National Hockey League back in 2001. Henrik is one of the highest paid hockey players and will be reportedly paid 11 million USD in 2015. Not bad for a guy who was picked 205th overall during his draft year, no?

END_OF_DOCUMENT_TOKEN_TO_BE_REPLACED

Aaron Ekblad Shirtless. Hey look, another Canadian sportsman has emerged as the #1 draft pick in a professional sports league. His name is Aaron Ekblad. He is from Windsor, Ontario. He’s only 18 years young. And he was chosen by the Florida Panthers as the #1 overall draft pick in the National Hockey League (NHL) Class of 2014. The other Canadian who achieved a similar feat in a different sport is Andrew Wiggins who was named as the #1 draft pick in this year’s National Basketball Association (NBA) draft.

CBC reports on the moment Aaron was drafted: END_OF_DOCUMENT_TOKEN_TO_BE_REPLACED