Mats Christeen Hockey Player Male Model: Shirtless Modeling Photos. Famewatchers, meet Mats Christeen, a Swedish hockey player who was picked by the Nashville Predators during the NHL draft in 2000. We’re not sure if he had a distinguished career in hockey because we can’t any more information on him from the interwebs.

Update: According to the Internet Hockey Database, he also played for the Södertälje Sportklub, a Swedish professional ice hockey club, from 2001 to 2003. Then he moved on to another club called AIK from 2005 to 2007. 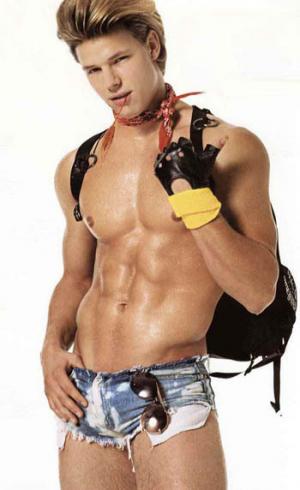 Anyhoo, he’s pretty cute boy isn’t he? He also did some modeling so we’re kinda blessed with these pics. A hockey player rocking it as a male model, what’s not to like? He’s got some washboard abs that are sculpted to perfection and a winsome smile that would win any lady. Oh, looks like he’s got a chin dimple too. 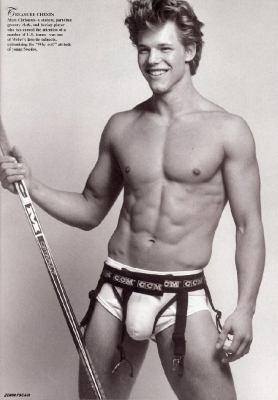 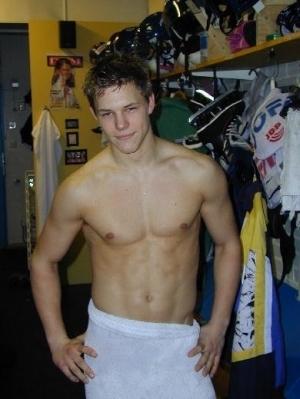 Want more hot Swedish men who were initially famous as athletes but eventually became equally known in the modeling world? Go check out Fredrick Ljungberg in his Calvin Kleins.

Oh wait, you want more underwear modeling photos of our hockey stud, don’t you? Well, here are some photos of our sexy guy courtesy of Doug Inglish. 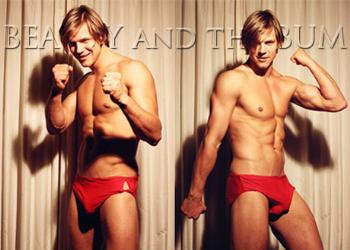 The cut of that red underwear — or is that a Speedo — looks pretty weird but we sure are not complaining. 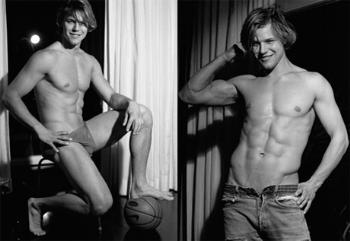 And here’s the last Mats Christeen model photo for you ChristeenWatchers. Is this how hockey players dress before they enter the ice arena? 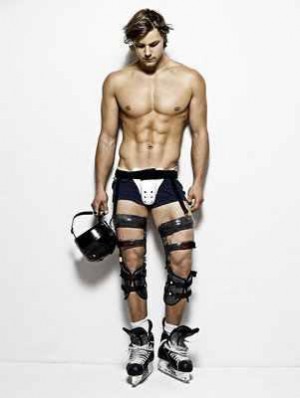