Carey Price Speedo Swimsuit. Some of you who are superfans of Carey Price are googling for photos of his underwear. Unfortunately, we don’t have that. But we do have the next best thing which is Carey wearing a pair of Speedo swimsuit which, according to Deena, is actually better because it’s like giving someone a box of chocolates when all he’s asking is a lollipop. 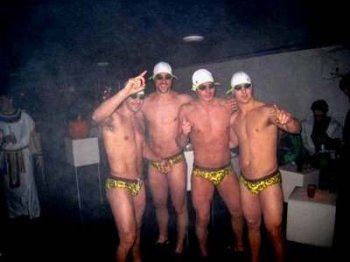 From left to right: Christopher Higgins, Mike Komisarek, Carey Price, and Josh Gorges. We don’t know who among these four came up with the idea that they dress down in Speedos but whoever it was deserves a smack in the lips from our Canadian Famewatcher friends. Right?

By the way, the pic above is supposedly from a Halloween party. You’d think “Halloweeners” would dress as vampires and zombies but we’re not complaining about Carey and company’s Speedo costume.

Carey Price Update. Our hockey hunk got married four years ago in 2013. Who is the lucky lady who won the heart of our Carey? Her name is Angela Webber and here are photos of the couple, one during their wedding day with their wedding party and another during a photoshoot. 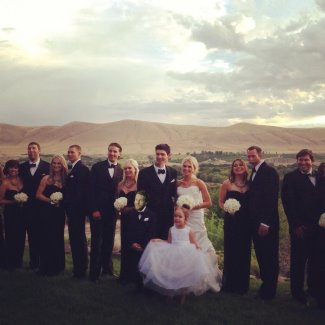 Awww. How cure are these two? They look so in love. Good for you, Mr. and Mrs. Price! 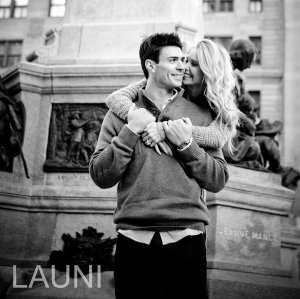