Russell Crowe Underwear and Shirtless Photos. What is Kiwi/Aussie hunk Russell Crowe doing these days? Well, according to the Washington Post, he is Twitter-spamming the Pope to promote his upcoming biblical epic/apocalyptic movie, Noah. The Oscar-winning actor is kinda busy this year because he is directing (and starring in) a movie called The Water Diviner. And he also starred in a recently released film called Winter’s Tale which is a silly movie about a flying horse and a seemingly immortal man. We watched it and, yeah, we’re as unimpressed as McKayla Maroney. 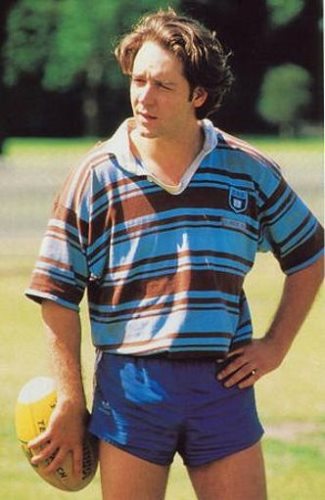 Russell Crowe in a Gay Role. We’ve always liked Russell but we like him even more when we discovered that he portrayed a gay character back in 1994 for the movie, The Sum of Us. At that time, actors were afraid to touch a script that asks them to play LGBT characters. Much has been said about the bravery of Jake Gyllenhaal and Heath Ledger playing the role of cowboys who fall in love with each other, it turns out that Russell was way ahead of them in The Sum of Us where he locked lips with John Polson. 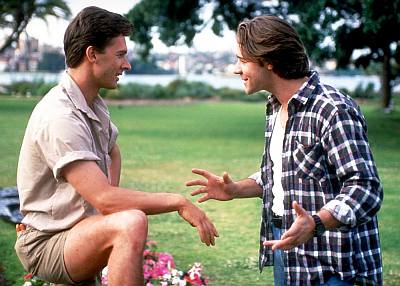 Here’s a portrait of a young Russell Crowe in the role of a gay dude in The Sum of Us. 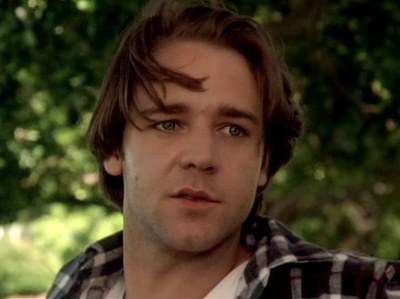 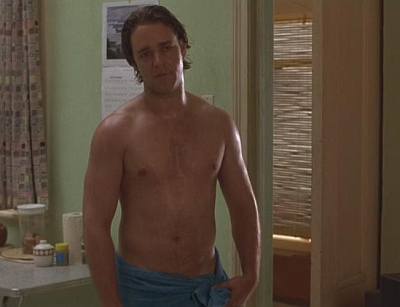 Russell Underwear Photos. Our Russell is seen wearing a tighty whitie in one of his earlier films, the multi-awarded 1992 movie Romper Stomper about a group of skinheads. [For another actor in tighty whities, check out our post on Evan Peters’ Underwear.] 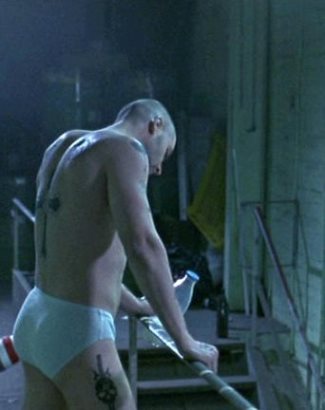 By the way, for those of you who are wondering, Russell is reportedly dating his Les Miserables co-star Samantha Barks. Yay! Good for them. We wish them well in their relationship. Want more Kiwi hunks? Check out these Shirtless New Zealand Warriors.

2020 Update: Seems like reports that he dated Samantha Barks were nothing but rumors. He was apparently married to Aussie singer Danielle Spencer from 2003 to 2018 when they finalized their divorce. The ex-couple have two sons, Charles and Tennyson.