James O’Connor Shirtless Rugby Hunk Rocks His Speedos. If you are looking for an imaginary rugby boyfriend in 2014, you can’t do wrong if you pick James O’Connor. That’s him in the photo above posing for the 2012 Bachelor of the Year contest organized by Cleo Magazine. He didn’t take home the crown but really he needs no crown to convince us that he is totally hot, really really gorgeous, and 100% shaggable. 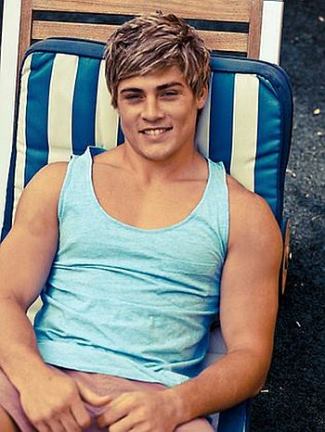 But keep your shagging dreams to yourself because our James is in a loving relationship with girlfriend Bridget Bauman. Check out their pic below. Don’t they look good together? Want more hot rugby players? 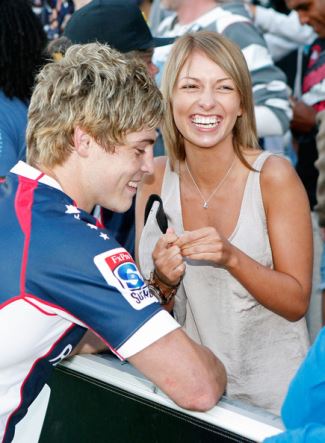 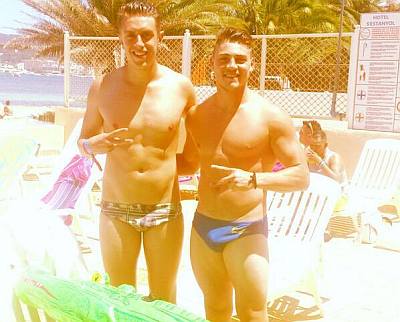 Aside from being hot, gorgeous, and shaggable, the 23-year-old rugby hunk is what our friend Deena calls the “personification of fun”. Proof: This photo of James as an impish bunny. Hehehe. Ain’t he endearing? 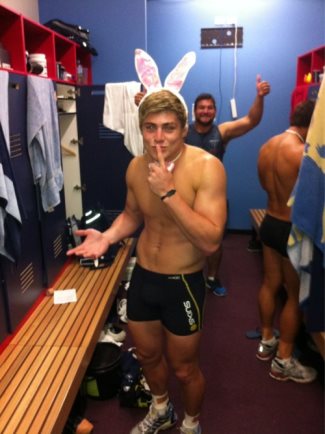 Seriously, how can we not love a guy who does something like this? 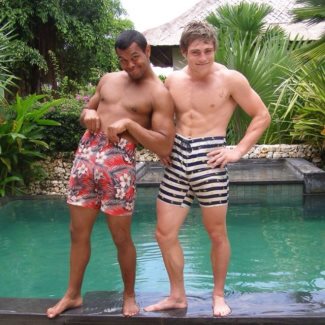 Now, although we’re loving us our joyful James, we hope for his sake that he dials it down a bit because he’s been in trouble for his fun-lovin’ ways. For instance, he was barred from boarding an Air Asia flight because he was reportedly intoxicated. Then there was the time he was caught “partying” all the way to 4:00 am before an important test. Then back in 2011, he went AWOL during the Wallabies’ official Rugby World Cup 2011 announcement. Why, he reportedly overslept because of a bad hangover.

Still, the guy is talented so we are cutting him some slack but we hope he ain’t going to waste his talent with his off-field shenanigans.

How large is O’Connor’s feet? It’s impressive. Hehe. You know what they say about men with big feet right? 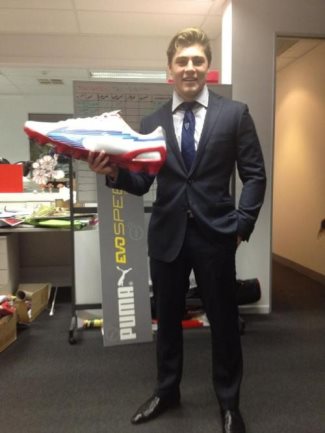 Ahh, here’s another reason why we are lovin’ us our James: He rocks his Speedo swimsuits.  James with Benjamin Whittaker who currently plays for a French rugby team, Biarritz Olympique. 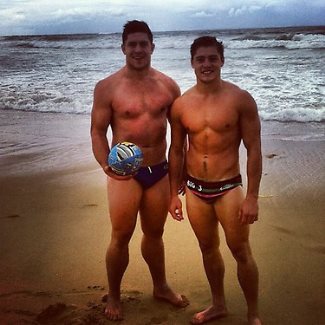 Our James ain’t only about tight budgy smugglers, he sure can rock a suit and tie too. Damn. He is shaggable even with his clothes on! Hehehe.

2020 Update: Six years later, we are updating our post on our imaginary rugby boyfriend to note that he and girlfriend Bridget Bauman are still going strong. Here’s a photo of the lovebirds we grabbed from Bridget’s Insta — follow her @bids101 and you might also want to follow James @jamesoconnor832. 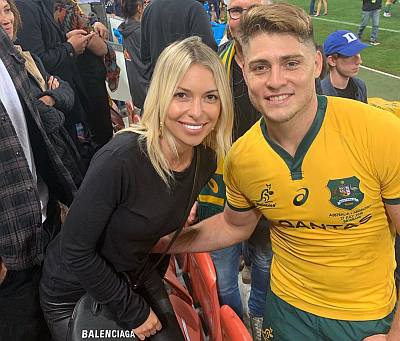 Also, James and other Aussie rugby players for an underwear brand called Funky Trunks. Here’s our beau rocking it as a male model. 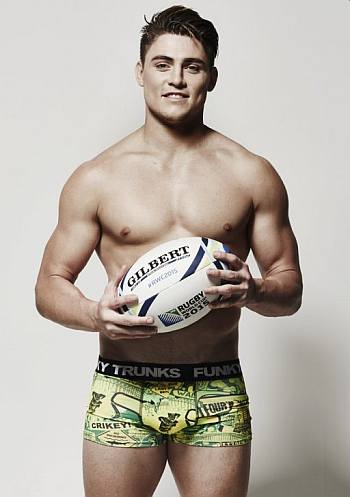 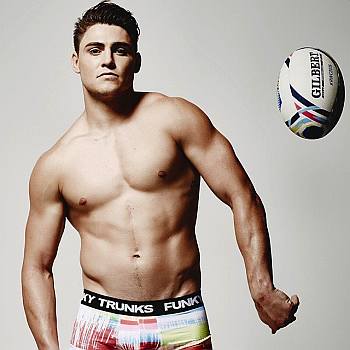 Posing in his underwear with other rugby players Kieran Harper and Kurn Mann. 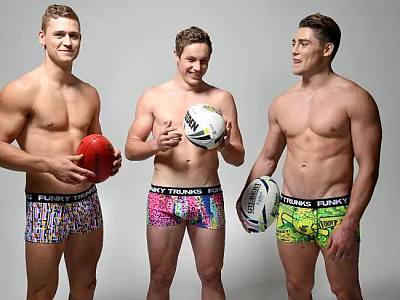