Evan Peters Underwear, Shirtless, Gay or Girlfriend, American Horror Story. Evan Peters’ shirtless and underwear photos are da bomb! Right? Yes they are! Is he the next Johnny Depp? Our friend Joanna thinks so and we can see where she is coming from. Like Depp, our Evan is handsome but not in the conventional way. There’s a kinkiness in him that is not patently obvious but which is ready to surface, again like Johnny when he was younger. 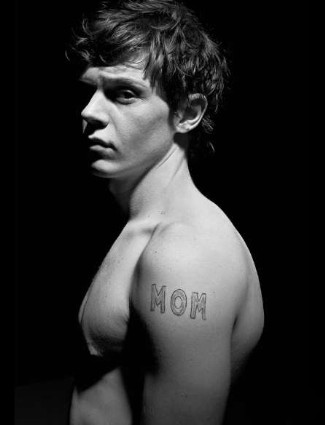 And he is clearly a talented actor. 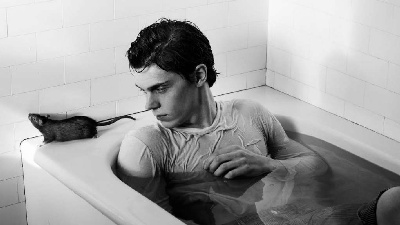 One of the mainstays of American Horror Story for its first two seasons, Evan will reportedly come back for the third season according to a recent report by the Hollywood Reporter. Good for him and for us Evan Peters fans. We hope they continue to show him in his tighty whitie underwear. 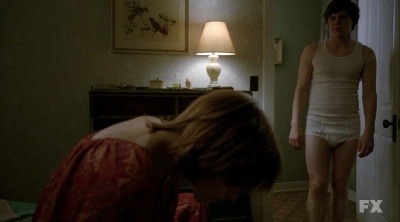 Are horror stories less horrifying if they feature men in bed in their undies? Joanna thinks so. 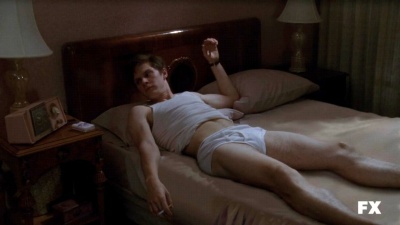 We agree with her of course, especially if they give us scenes like this booty shoot that Tyra Banks will be very proud of. 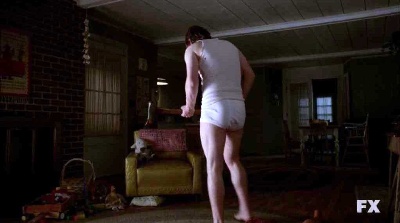 Usual Famewatcher Question: Is Evan Peters gay or does he have a girlfriend? Nope he is not gay. Yes he’s got a girlfriend in the person of Emma Roberts. Check them out on a recent date at The Grove in Los Angeles. Remember her? She’s Julia Roberts’ niece who we blogged about in the past. She sure is slowly but surely establishing her own credentials in Hollywood. [Image removed.] 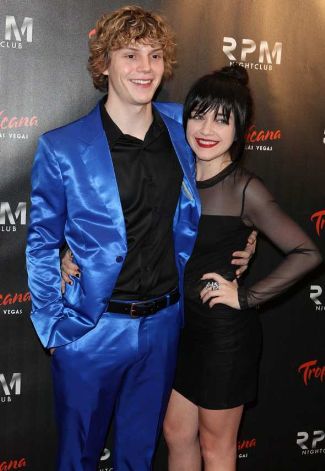 … as well as his American Horror co-star Alexandra Breckenridge, seen below with Evan during one of their press tours. 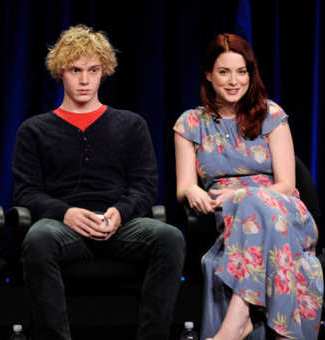 We’re surprised to find out that our Evan was also in a relationship with British socialite/model Pixie Geldof. 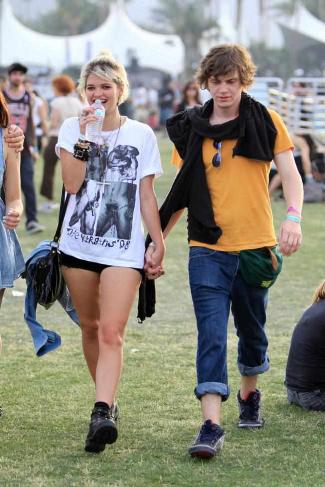 He sure has a way with the girls. Ain’t that very Johnny Depp?

Now for those of you who insist that Evan is gay, you shuddup because the internets has declared he is not. We are referring of course to the denizens of gay-or-straight.com which declared him to be only 54% gay which is “quite straight”. Check it out:

gay-o-meter/gaydar for Evan Peters: According to 392 visitors Evan Peters is 54% gay.
However, the average gay-rating on gay-or-straight.com is 69%, which means Evan Peters is quite straight in comparison to other celebrities on this website.

So there! The internets has spoken. So must we believe what it says!