New Zealand Warriors: Shirtless, Speedo, Underwear Photos. Time for more Kiwi hunks. This time we are focusing on rugby hunks playing for the New Zealand Warriors. But before we give you some shirtless, underwear, and Speedo photos, let’s take a few seconds to appreciate the awesomeness of halfback Shaun Johnson who twitted this photo of himself wearing a princess dress. Way to go, Mr. Johnson, now you can join Sophia Grace and Rosie on Ellen’s show! Hehe. 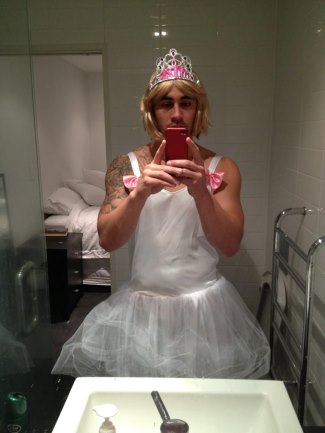 Okay, time now for your favorite shirtless NZ Warriors. Let’s begin with this shirtless pic of Ben Henry taken during a team recovery session at the Panmure Pools in Auckland. 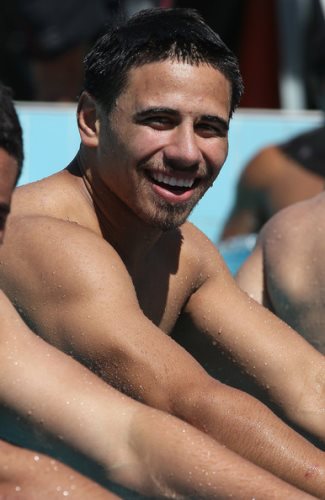 We can’t find a Speedo or shirtless photo of 2012 Warriors Player of the Year Ben Matulino so we will have to settle for this one. 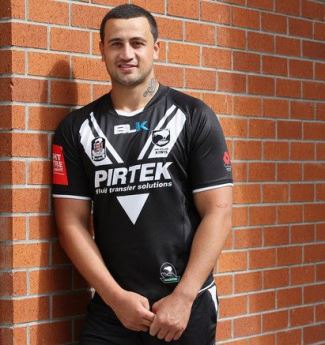 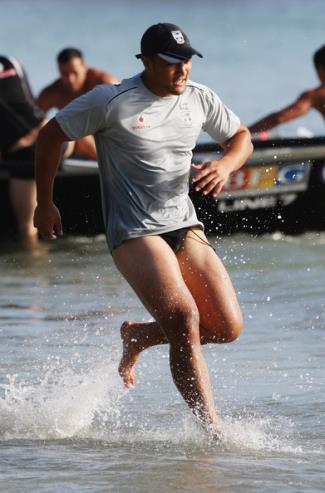 Kevin Locke does some runway modeling for Bendon Underwear. Apparently, the New Zealand Warriors has a sponsorship/partnership deal with the underwear company. 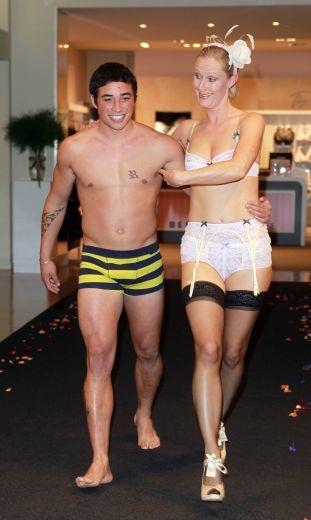 Centre Konrad Hurrell dances in his Bendon boxer briefs. Can he give them pro-dancers of Dancing With the Stars a run for their money? 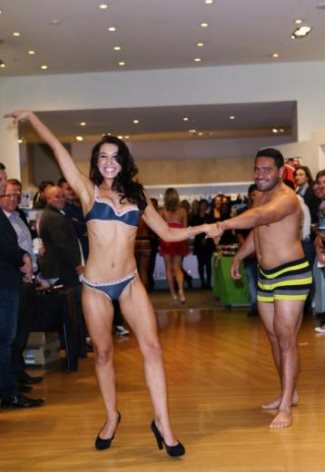 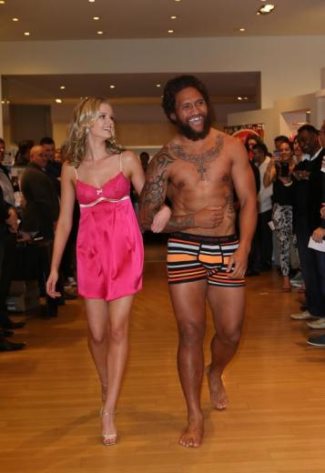 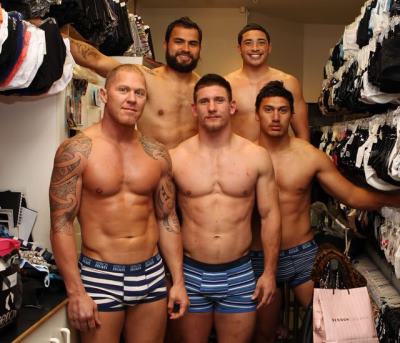 Non-shirtless photo of Brothers Sam and Sione Lousi. Sorry, we can’t find a shirtless one. Hehe. 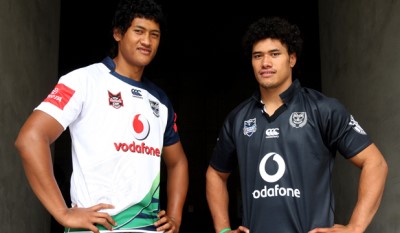 Sam Rapira in his Speedo swimsuit suring a Warriors training session at the Takapuna Beach in Auckland. 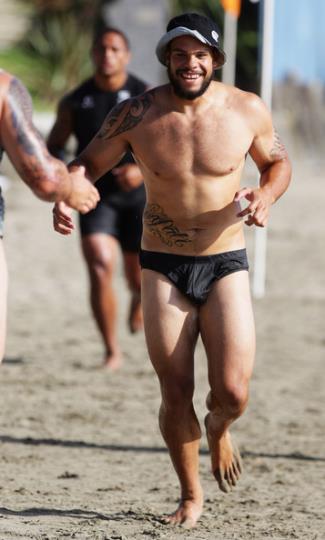 Take two for Shaun Johnson but this time, he sheds of his princess dress and went all-out shirtless during an NRL recovery session at the Panmure Pools. The other shirtless guy behind Shaun is James Maloney who now plays for the Sydney Roosters. [Want more Shirtless Sydney Roosters in Speedo?] 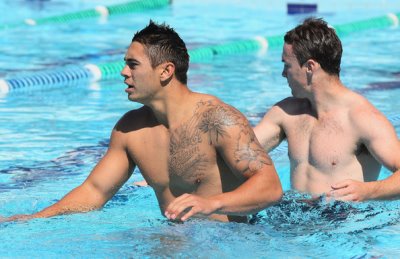 Hooker Nathan Friend with son Axel. This pic is from way back in 2009 so the boy must be much bigger now. 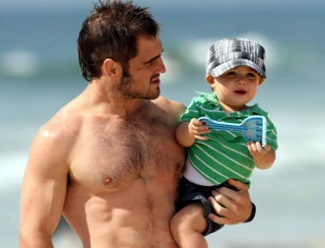 Can you ID all these shirtless New Zealand Warriors? If you can, please do so in the comments. 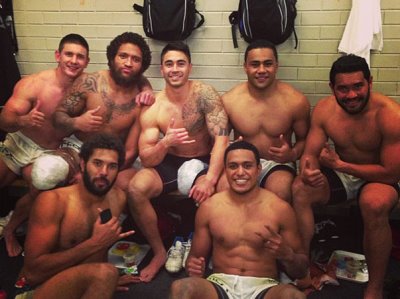 Simon Mannering as one of the contestants of the 2006 Cleo Bachelor of the Year (New Zealand). We don’t think he won as the Cleo Bachelor but Simon went on to gain recognition as the only rugby player to be named three ties as the NZ Warrior Player of the Year (2008, 2011, and 2013). 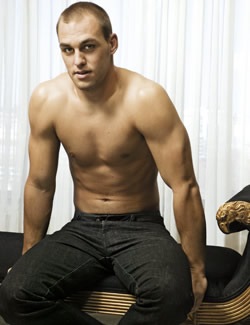 Our last shirtless NZ Warrior is Aussie cutie Todd Lowrie who played with the team in 2013 but who has since returned to Australia where he’s now going to play with the Brisbane Broncos. 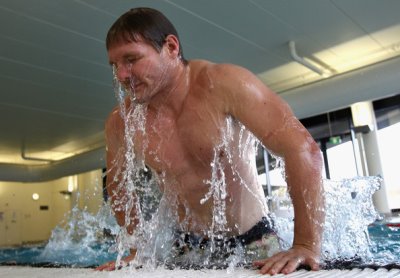 So which of these hunky rugby players is your favorite?