Alexandre Pato Shirtless and Underwear Photos. Who is your imaginary celebrity boyfriend this 2014? For us here at Famewatcher, it would be Brazilian footballer Alexandre Pato. He’s gorgeous. He’s hot. He’s young as a spring chicken. He’s got a body to die for. And, most importantly, he is richie rich rich. Oh, and did we mention that he’s single, available, and ready to mingle? 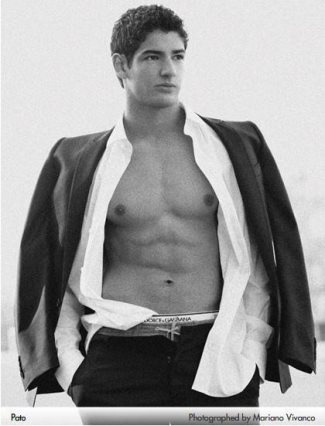 Hmmm. As in the cause of our real-life-boyfriend Stephen, looks like the Brazilian forward gets excited when he goes swimming. Niiceee! Want more football hunks? 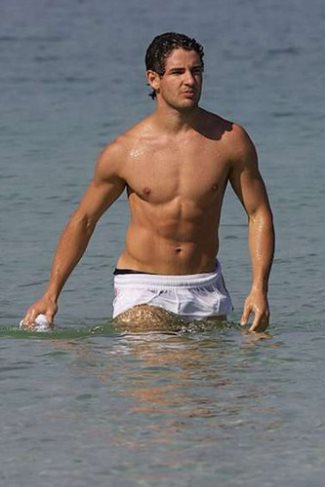 Pato looks good with his curly hair and all but he also rocks the “barely-there hair” look. Deena thinks that Pato should keep this short-hair look because it elevates him to “male model standard”. Do you agree with Deena? Should our Brazilian hunk opt for this hairstyle? [Speaking of Brazilian hunks, check out Neymar Da Silva’s Underwear Photos.] 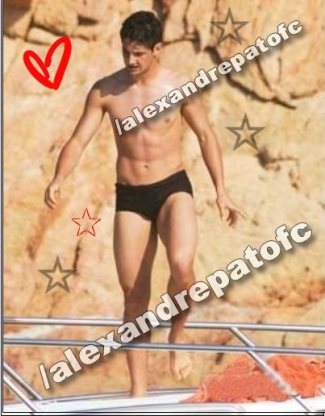 Here’s another Alexandre Pato shirtless pic from Vanity Fair where he goes patriotic by wearing a Brazilian flag underwear. If we are not mistaken, this pic was taken from back in 2010 when the whole world (well, except the U.S.) was going crazy for the World Cup. For the same reason, expect the world to go crazy this 2014. 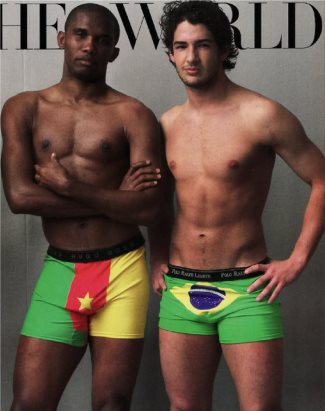 We mentioned that Pato is single and available, right? Well, he broke up with his last girlfriend, Barbara Berlusconi, in June last year. We don’t know whether he is dating anyone at the moment.

Anyhoo, here’s what wikipedia says about our football star’s dating history: “In 2007, Pato was engaged to Brazilian actress Sthefany Brito. They mutually split up in January 2009. However, they got back together, and on 7 July 2009, they married in a ceremony at the Copacabana Palace in Rio de Janeiro. However, the marriage lasted less than ten months, and the couple divorced on 21 April 2010, with Brito citing Pato’s constant partying as the reason for their split. In 2010, he had a brief romance with Miss Brazil 2010, Débora Lyra. On July 2, 2013, after two and a half years of relationship, Pato broke up with his girlfriend, Barbara Berlusconi.”

What a player! Looks like he is afraid of commitment. Or maybe he is gay? Heheh.

So there. By the way, one of Pato’s exes Barbara Berlusconi is the daughter of our favorite international politician, the funny and fun-loving former prime minister of Italy. You can read more about him in our post on Silvio Berlusconi’s Hair Transplant.