Michael Cimino Shirtless, Gay IRL, Girlfriend Mava Gomez. Aside from George Sear, another young actor who will be starring in Hulu’s Love Victor is actor Michael Cimino. He is actually the lead star of the show and plays the titular Victor.

Deadline.com tells us more about the show which is scheduled to debut this coming June: “The series centers on Victor (Michael Cimino), a new student at Creekwood High School, the high school featured in the movie, on his own journey of self-discovery, facing challenges at home, adjusting to a new city, and struggling with his sexual orientation.” 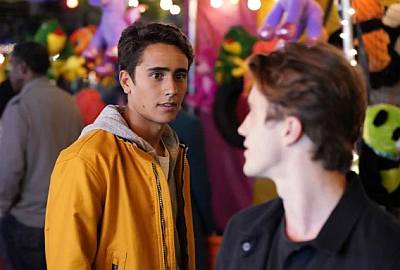 So is Michael gay in real life? Nope. He is a straight dude and is actually in a relationship. He is dating Youtube personality Mava Gomez and here are photos of the lovebirds we grabbed from their Instagram accounts — follow him @itsmichaelcimino or her @mavagomezg. 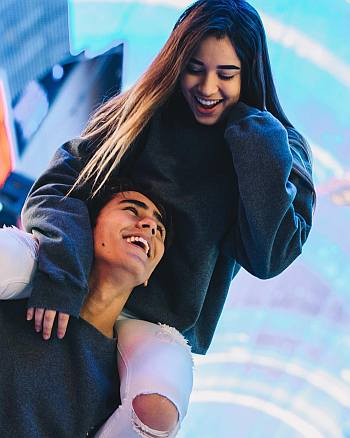 Awwww! Look at these two. They sure look happy together, don’t they? 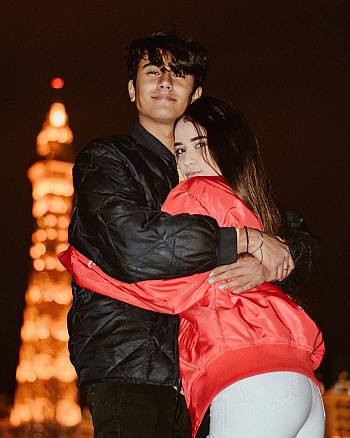 Aside from Love Victor, Michael currently has 11 acting credits to his name one of which is the horror movie Annabelle Comes Home which was released last year and made oodles of money at the box office. He is also starring in a movie called Centurion XII which is alternatively titled Centurion The Dancing Stallion which sounds like a fun and which may be released this year.

Michael Cimino Shirtless Photos. Here are some shirtless photos of Michael for the hos and THOTs among us. 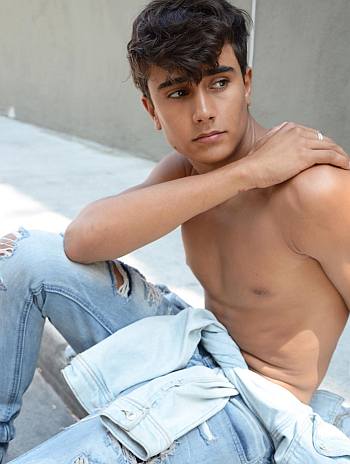 By the way, did you know that the Love Victor star is the 7th Michael Cimino on IMDB. Apparently, it’s kind of a common name but, arguably, the most famous Michael Cimino would be the director who we blogged about in the past, see Michael Cimino Plastic Surgery.

Now, damn, this guy has a six pack. This is probably our favorite photo of him because of the peekabo underwear. Haha. 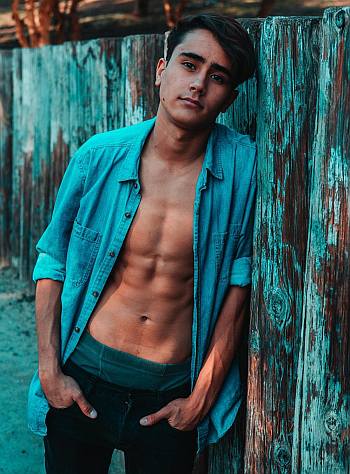 Who says you can’t do denim on denim? Certainly not our Michael and he is rocking the look too. 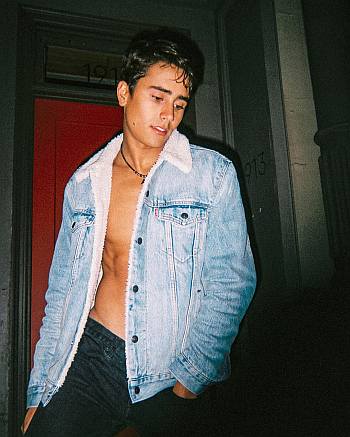 Hmmm. What is he looking at? 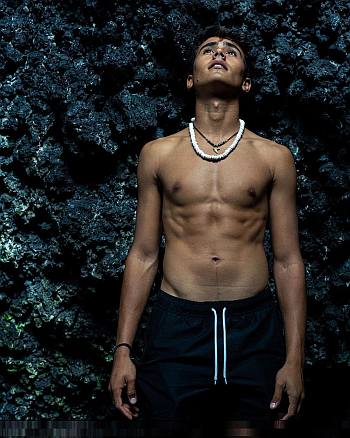