Michael Fassbender Underwear. Hello fellow Famewatchers, it’s time for a post about male celebrity underwear, don’t you think? Well, let’s have Michael Fassbender and his long johns underwear. We agree with our friend Deena that Michael is gorgeous, hot, and awesome. Or, in the words of Kevin, Michael is “OMG! Hawt!” 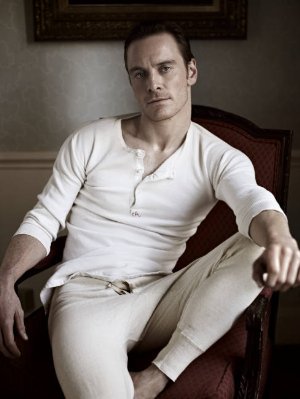 Anyhoo, The Fassbender had a great year in 2011 what with his starring role in the blockbuster movie, X-Men First Class and his critically acclaimed lead role in Shame which has won him some several acting awards (Venice Film Festival and critic groups from Houston, Detroit, Florida, and Vancouver) and which may snag him an Academy Award nomination. Let’s keep our fingers crossed that he’ll get an Oscar nod, shall we?

Those of you who are wondering what Michael looks like when he was younger and before he made it big in Hollywood, should check out the commercial below for SAS Airlines.

This is his first work in front of the camera. Here’s what he says about it (via Entertainment Weekly):

“I got the SAS Airlines commercial when I was in drama school. They would have kicked me out if they found out. In the commercial, I wake up in bed and there’s a beautiful blonde next to me. I get up naked, walk to the kitchen, open the fridge, drink some milk, eat some eggs, and I look over my shoulder and her mother’s sitting there really stern, and there’s a plant strategically placed in front of my … you know. And the line was: ‘SAS Airlines — When you’d rather be somewhere else.’ I got 2,200 pounds for it.”

That Michael’s Hollywood star has been rising lately is evidenced by his many magazine covershoots and editorials for publications such as GQ, Hollywood Reporter, W Magazine and many others. GQ Magazine called him the Breakout Star in 2011 and, in an earlier story, called him The Best Irish Import Since Guinness.

Cute title but we wonder what Pierce Brosnan [see Pierce Brosnan Shirtless in Speedo Swimsuit] will say about that. Anyhoo, here’s some awesome pics of our Michael. Can any menswear style out-sexy a body-fit tight shirt? 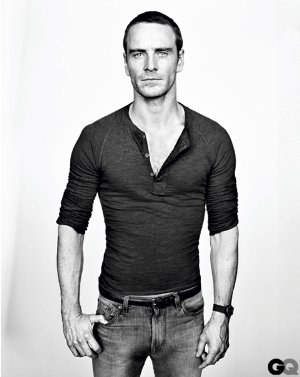 Michael as a “leatherman”. 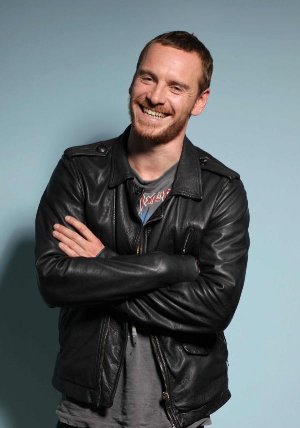 Michael Fassbender shirtless in this covershoot for the Hollywood Reporter. 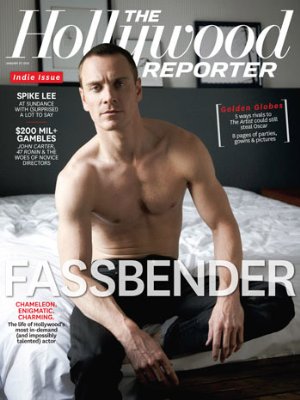 Every girl and gay guys we know would like to jump in bed with this German/Irish hunk. Would you? He’s sizzling hot when he’s wet, huh? 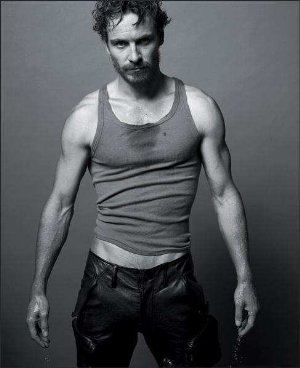 Michael, the fencer, in his Dolce and Gabbana vest.

UPDATE (06 August 2015): Want more Michael Fassbender Underwear? Of course you do! Check him out in his boxer briefs underwear. Now, we’re off to find photos of our redhead hunk in tighty whitie briefs. 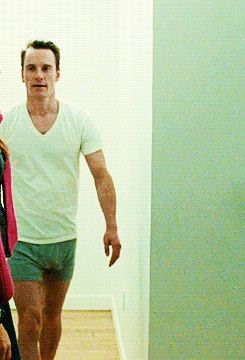