Finn Cole Shirtless, Underwear, Gay or Girlfriend? Remember the actor Joe Cole who calls himself The Other Joe Cole? Well, he’s got a younger brother named Finn Cole who we’re going to call The Other Cole Brother. Finn is currently kinda making waves in the Good Ole U.S. of A via the TV series Animal Kingdom where he plays one of the main characters. Check out these photos of Finn screencapped from the show. 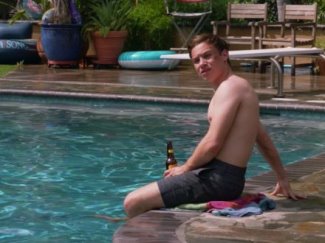 By the way, before we proceed any further, we just want to point out that Joe calls himself the Other Joe Cole because there’s another British dude with the same name. Check out our previous posts about them: Joe Cole Shirtless Actor and Joe Cole Footballer.

Now, let’s go back to talking about Finn Cole and his Animal Kingdom television series which airs on TNT. Here’s a shirtless Finn Cole with his fellow cast mates. 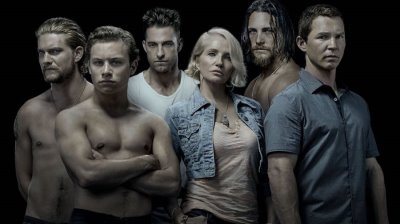 A still photo from the series which shows him aiming a gun. 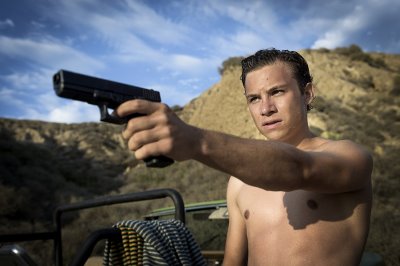 The British actor in his undies for those of you wondering about Finn Cole underwear preference (aka does he wear boxers or briefs). Looks like he’s a boxer briefs kind of guy, no? Yup, it looks like he really prefers boxer briefs. Unless he is wearing grandpa-style briefs in the photos below. Update: Sorry, we have to delete his underwear pics. But here are more shirtless photos from Animal Kingdom. 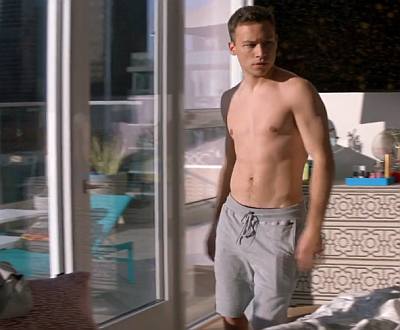 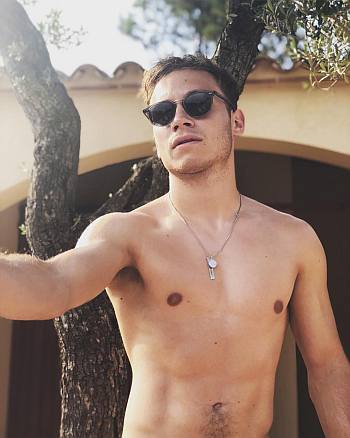 Finn Cole Gay or Straight? Girlfriend or Boyfriend? Our friends at gay-or-straight.com have not weighed in on this one but we are going to assume that Finn is straight unless he says otherwise. Hehe. As to whether he has a girlfriend, well check him out getting intimate with actress Margot Robbie. 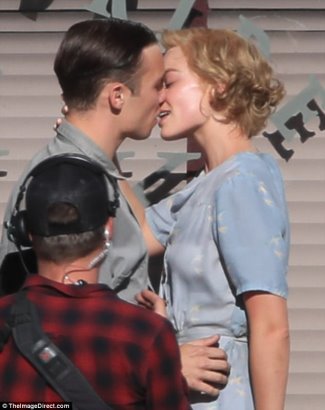 Nah, that pic doesn’t make them boyfriend-girlfriend. They’re just shooting a movie called Dreamland which is scheduled for release sometime in 2018.

By the way, we almost forgot to mention that the Cole brothers act together on the BBC show Peaky Blinders. It is Finn’s first acting gig. He talks about it in an interview with Interview Magazine:

My first real experience of acting was Peaky Blinders. That was the most intense experience. In those situations you learn so quickly, and I did. My brother had the script for the second season—they had already done the first—and he said there was a great part for me. One thing led to another and I found myself in the audition room with Colm McCarthy, Shaheen Baig, and Laurie Borg. I had a confidence about me because there was no pressure; there was no feeling that I had to get it. I was so pessimistic about actually getting the role.

Let us end this post with more Finn Cole shirtless photos, shall we? 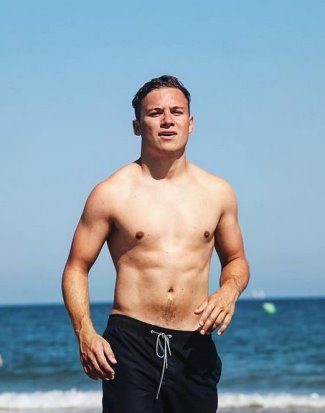 This is probably our favoritest of them all.

Oh wait, actually, this is our favorite photo of the actor. 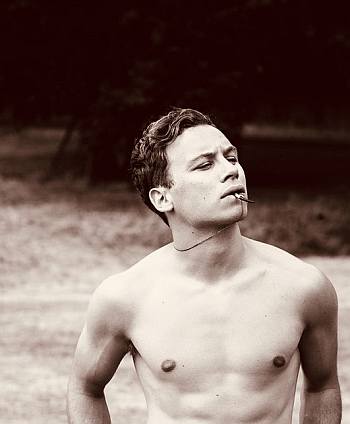