George Sear Shirtless, Girlfriend, Love Victor. Today in Young Actors of Hollywood, we bring you 22-year-old British cutie George Sear who will be starring as one of the main characters of the upcoming Hulu TV series, Love Victor. According to Deadline.com, the English actor will be playing Benji who is described as the main character’s (i.e.,Victor) confident and charming classmate. 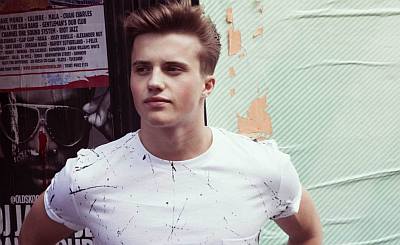 According to IMDB, Love Victor will be George’s 8th acting credit. His previous acting gigs include Into the Badlands, Will (about the life and loves of William Shakespeare which aired on TNT, and The Evermoore Chronicles. 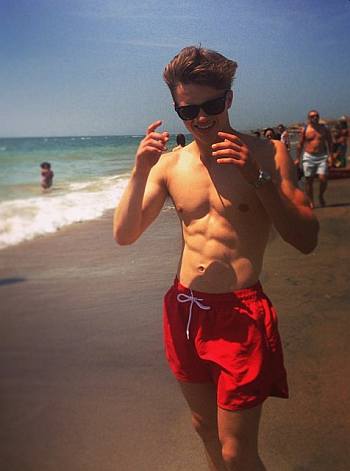 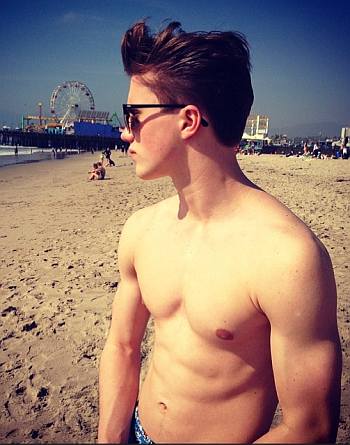 Chillin’ with his dog under the sun. 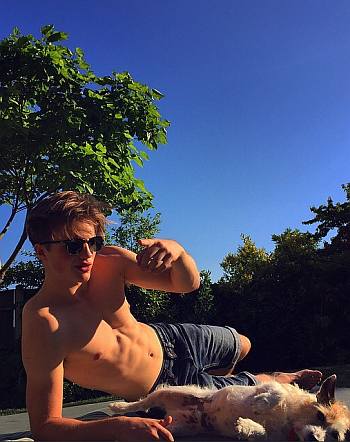 Chillin’ with a pal under a water fall. 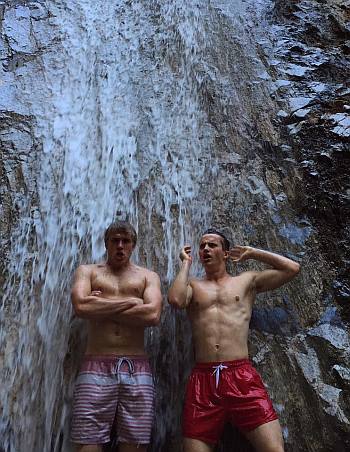 George Sear Gay or Straight? Relationship Status? We do not know the answer to these questions at this time but we will update this post when we do have the information. We are also not sure if he is playing an LGBT character on Love Simon and we are keeping our fingers crossed that he will not because it would be cool to see friendships between straight and gay guys — like in S*x Education where Eric Effiong and Otis Milburn are best friends.

George Sear Underwear Peekabo. What brand of underwear is peeking out from his pants below? We can’t ID it but maybe some of you are familiar with the brand. By the way, we grabbed these photos of George from his Instagram account which some of you might want to follow @gsear. 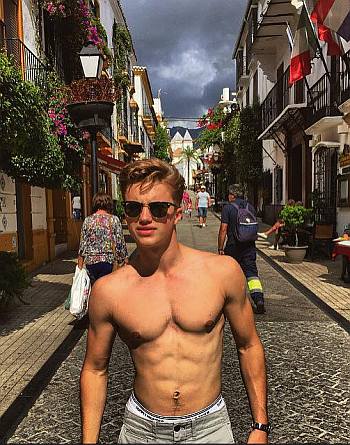 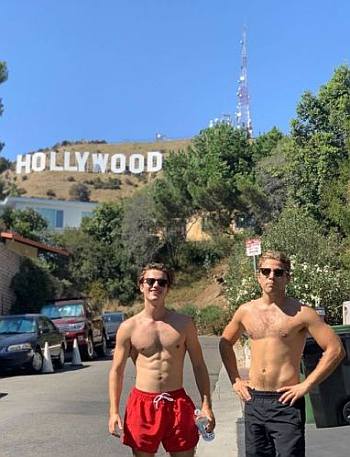 A Random Tidbit About George Sear. In an interview with Nuit Magazine (nuitmagazine.com), he reveals that he sat-in in one of James Franco’s acting classes at UCLA. He also admits that he has a man-crush on the multi-awarded and Academy-nominated actor.

George Loves Him His RayBans. Our George seems to be a fan of RayBan sunglasses such that he even uses them to read a book. Hehe. Are you sure that’s possible Georgie boy? 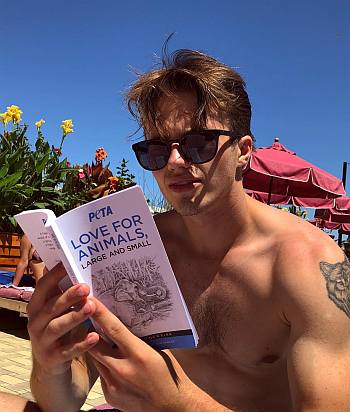 RayBan-wearing George with his equally RayBan-wearing dad chilling with their RayBan eyewear. Looks like his dad is a total zaddy, no? 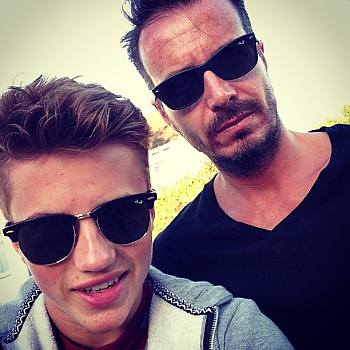