We thought we were hallucinating when we were looking at the photo of Miami Keith in a news story about him and wondered whether Keith of Philadelphia grew older all of a sudden. We realized a minute later that the two are actually namesakes who happen to be working in the same profession, in the same network, but in different local TV stations.

Unlike the younger Keith (who is single to our knowledge), Miami Keith is a married guy and a family man. In 2016, he tied the knot with Ashley Morrison (now Jones) who also works in front of the camera as a news anchor for WSVN in Miami. 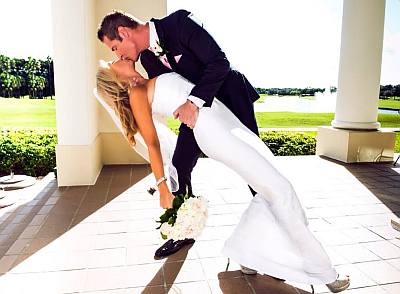 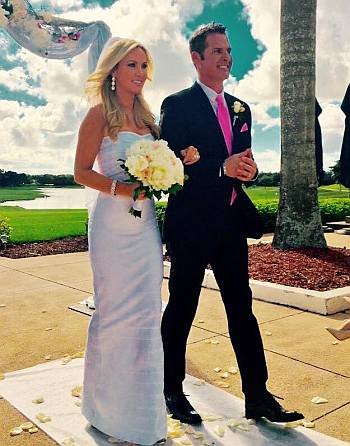 Our Keith is a looker in a suit. 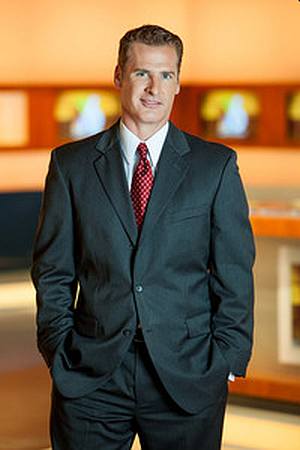 Actually, he is a looker no matter what he is wearing and also when he’s not wearing anything like in this shirtless photo of the TV hunk chilling in a swimming pool. 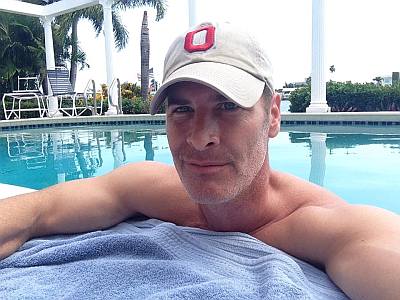 Another Keith Jones shirtless photo for the thirsty among us who are fans of shirtless hot media men. Haha. 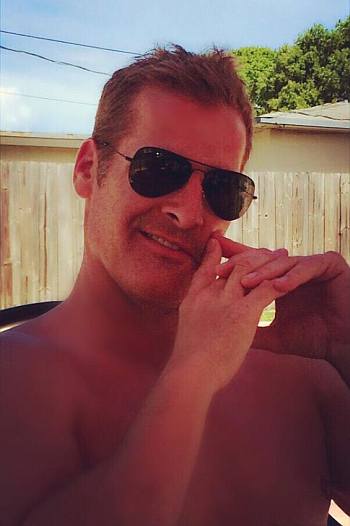 Let us end this post with this photo of Keith wearing a red tie and red socks: 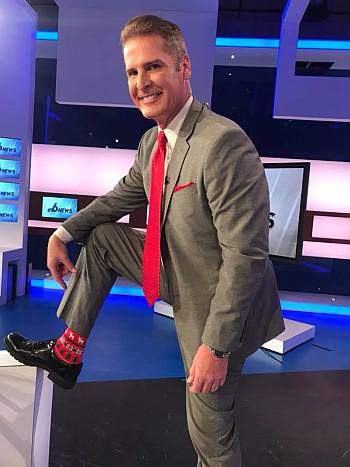 Why is he showing us his socks? Is it Christmas? Well, here’s what he wrote on Facebook when he shared the photo to his followers:

Awww. What a supportive daddy.