Keith Jones Shirtless NBC Hunk, Emmy, Gay or Girlfriend, Young Photos. We said we are going to bring you more media hunks, and we are going to keep the promise everyday until you get tired of ’em. But we know nobody’s going to get tired ogling at beautiful guys so we will be doing this every day until we run out of ’em. Famewatchers, meet Keith Jones. He’s a Ryan Gosling lookalike who currently works as news anchor and reported for WCAU in Philadelphia. 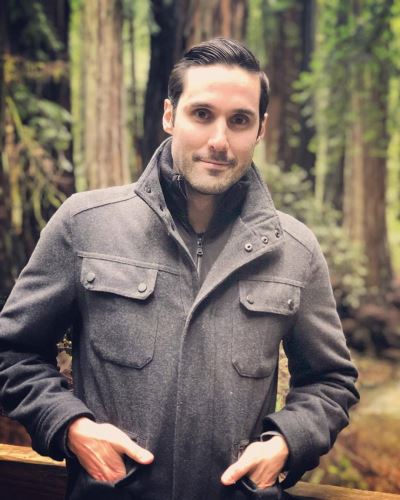 Hot damn, the boy is purty! And he’s apparently good at his job because he’s got one of those Emmy trophies.

Specifically, he won the Midatlantic Emmy trophy as “best reporter on a special assignment for his reporting from the 2018 Winter Olympics”. [Question to you Famewatchers who may be in the know: Has the people behind the Emmys ever been sued for that dangerous-looking trophy? We wouldn’t be surprised if it is used to stab someone.] 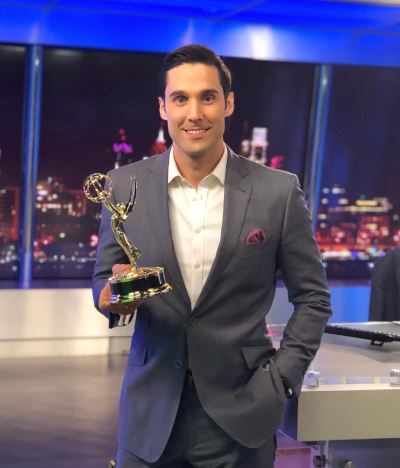 Keith Jones Shirtless Photos. Some of you are thirsty for shirtless TV anchors so we gotta give you what you want. We grabbed these pics from Keith’s Instagram account which you should follow (@keithjonesnbc10) if you want more shirtless pics of the guy: 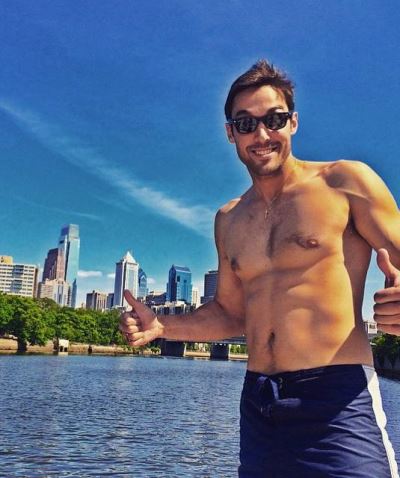 Below, who wants a portrait of a TV news anchor as a younger man? Don’t you just love that guy posing for the camera? Way to go, bro! [For more media hotties, check out our post on Dan Mannarino.] 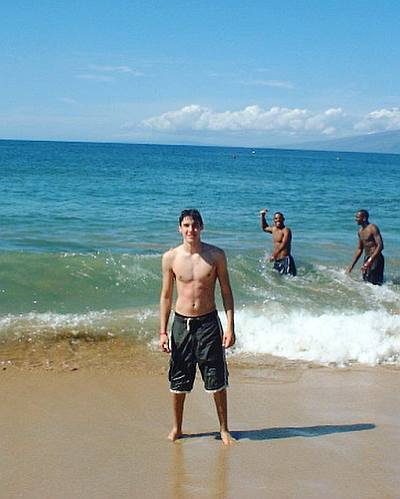 Our media hunk looks good whether he is shirtless or is wearing anything like this spandex suit. Hawt, hawt, hawt! 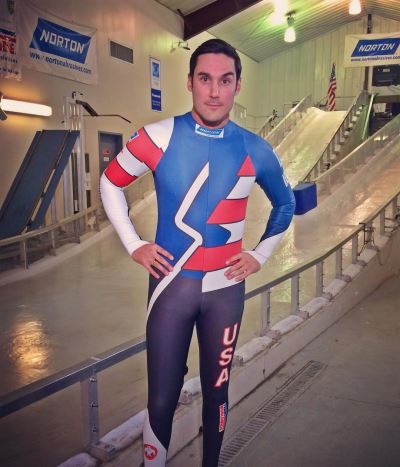 Keith Jones Gay or Straight? Relationship Status? He is straight. He was dating fellow TV journalist Cara McCollum when she passed away following a car accident. Here’s a pic of the two which Keith posted on his Instagram account in commemoration of her birthday. 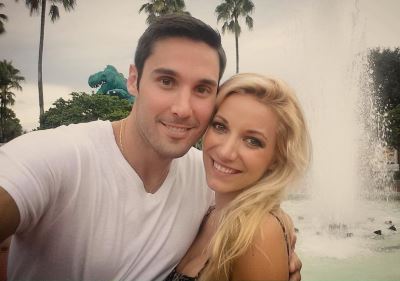 Keith Jones, The Musician. Apparently, he’s got the makings of a musician too. Maybe he can do it as a side-gig, no? 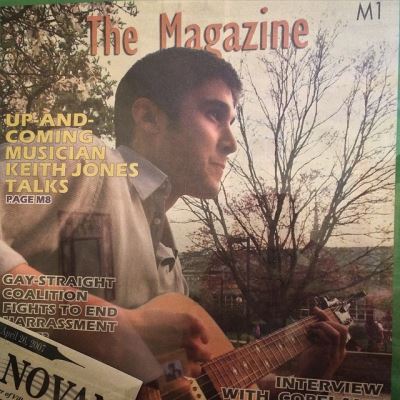 2020 Update: We are updating this post to bring you another shirtless pic of the NBC10 cutie. 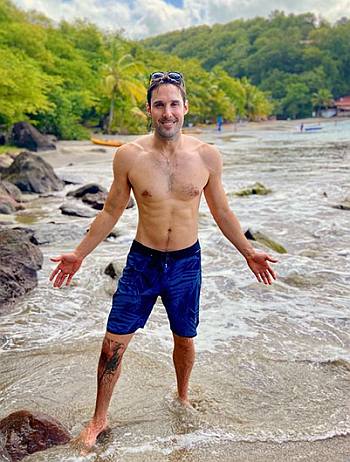