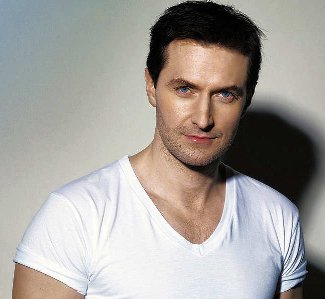 It’s a silly thing to say and the Ministry eventually backtracked from the statement but maybe there is a little grain of truth to the “loves to wear V-neck shirts is probably a friend of Dorothy” equation. We’re saying this because our friend Kevin, who is a totally out gay dude is really lovin’ him his V-necks. And, to his credit, he looks good in them too.

Anyhoo, the “Is Richard Armitage gay?” question has been floating around the internetz ever since someone invented the internetz. Here are some of what netizens have said and are saying/asking about our favorite dwarf in The Hobbit: 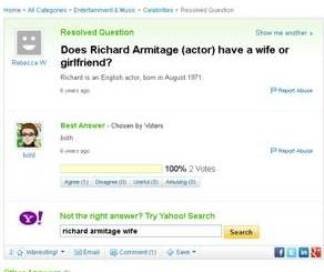 And here’s another one also from Yahoo! 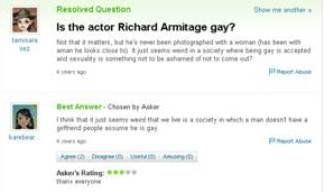 So does he have a boyfriend? Well, well, some guy at datalounge.com wrote that our Richard was linked to Luke Evans. Remember Luke? He’s the handsome actor dude who dropped his trousers on Cam4.com [see: Luke Evans Underwear Cam4 Photos.]

Unlike those of us who are happy with whatever relationship our Richard gets himself into, some fans are not happy at all with the idea of a Richard/Luke pairing.

Please. please tell me he is suerly gay. What are the hard facts ? I am very upset he is allegedly with Luke Evans. I am more viking type, does it mean I have no chance, even in my imagination ?

And we must point out in bold and capitalized letters that this is a RUMOR. Or RUMOUR as the Brits would spell it. We particularly agree with this datalounger:

I don’t particularly care whether he is gay or not but the ‘link’ you talk about was nothing more than one poster wondering if they ever got it on since they are acting together in the hobbit, some other poster agreed that would be hot and thus the rumours started.

Hah! So that’s how one starts a rumor, eh? Just wonder aloud if a celebrity is gay, and “voila” people will say that he is.

Anyhoo, on the girlfriend front, Richard reportedly dated actress Anabbel Capper. Whether they are still an item is something we do not know. Here’s a picture of the two from a few years back (2009). 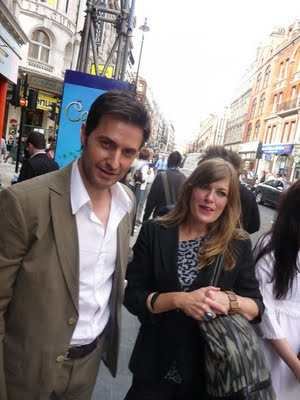