Richard Armitage Underwear, Speedo, Shirtless Photos. Martin Freeman isn’t the only English guy in his forties who is about to hit it big in Hollywood courtesy of Peter Jackson’s The Hobbit. 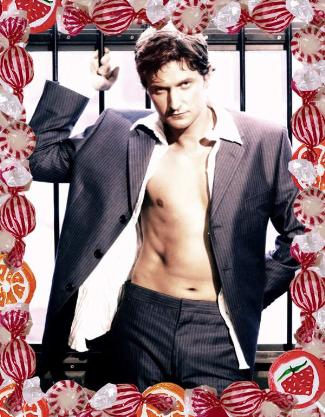 In fact, we are going to bet a thousand bucks that Richard Armitage will emerge as the bigger Hollywood star once the Hobbit frenzy dies down. And why not? He has a smoldering presence on screen. He smolders, he sizzles, and is every inch a hunk. Haha.

Check out Richard in his dark blue skimpy Speedo swimtrunks. Our Richard sure can give Daniel Craig a run for his money in the Speedo department, doesn’t he? 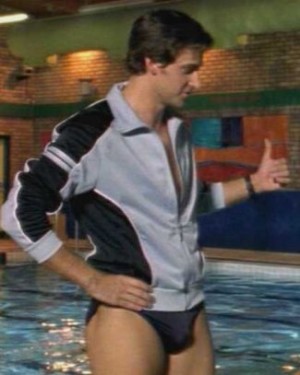 For those of you who are wondering, these Speedo pic is from the BBC TV series, Spooks, where Richard plays the role of spy agent Lucas North. [Want more British men in Speedos?]

Other roles played by Armitage include biker hunk Ricky Deeming in another BBC series, Inspector George Gently, a detective drama based on the books by Alan Hunter and which stars Martin Shaw and Lee Ingleby. Here’s Armitage (we prefer to call him this rather than Richard because it sounds more badass) looking fabulous in his black motorcycle leather jacket. 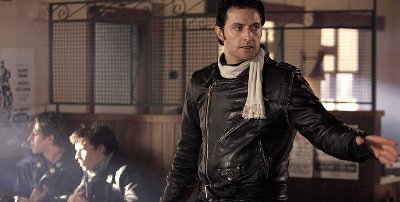 As John Porter, Armitage goes shirtless as in the military action drama, Strike Back. Unfortunately, he had to drop out of the series after he was cast in The Hobbit which would soon occupy his time. 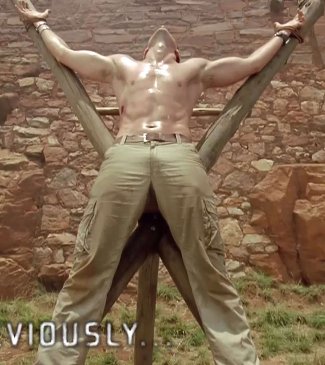 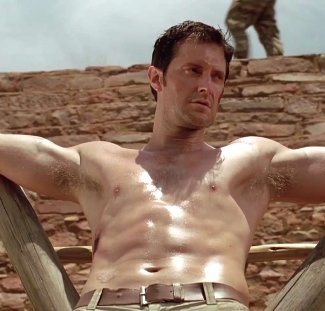 How big is Armitage’s feet? This photo from the comedy-drama Cold Feet, shows us that he is not wanting in the foot size department. You know what they say about men with big feet, right? They have large shoes! Haha 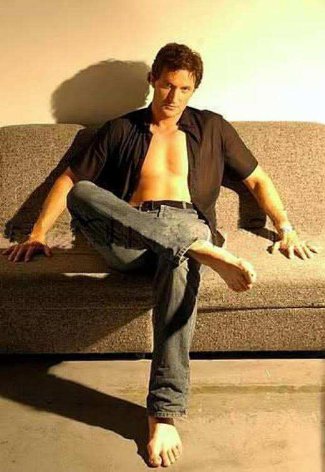 And here’s Armitage as Thorin Oakenshield, the leader of the dwarves in The Hobbit, a role which will make our Richard universally famous and not just Britain-famous. Yay, we are happy for him. 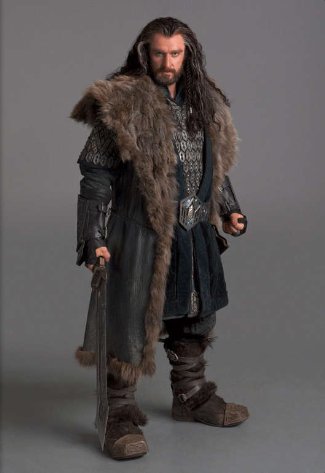