Luke Evans Underwear, Cam4, Gay or Straight? Is Luke Evans — who’s looking cool in his boxer shorts underwear above — gay, bisexual, or straight? What did he do on Cam4? And isn’t the guy above Orlando Bloom why are you calling him Luke Evans? 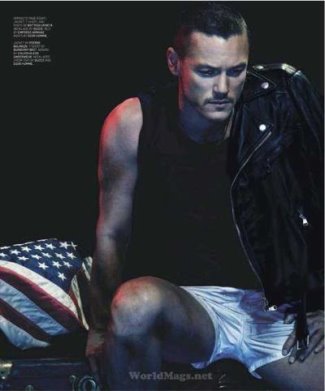 Haha. We understand if you asked the last question because when we were watching the trailer for The Immortals we thought the star in the movie is Orlando Bloom. Turns out that it’s a Welsh actor named Luke Evans. Actually he not only looks like Orlando’s twin, he also kinda resembles the late Aussie actor Heath Ledger.

Before we talk about other stuff we must mention for the record that Luke Evans underwear preference is boxer shorts. [Want more men in boxers?]

Luke Evans Gay or Straight? As it happens, there’s a small controversy about Luke Evans’ sexuality. Gay rumors are par for the course in Hollywood but in the case of Luke, there does appear to be a “fire” that produces the “smoke”.

First of all, he did an interview with The Advocate magazine where he talks about having a boyfriend:

The Advocate: How did you decide you were going to be open about your sexuality?
Luke Evans: Well it was something I’d spoken to a lot of people about, including my boyfriend at the time – we’ve broken up now – but at the time when I just got Taboo, I knew that even though my part was a straight character, everybody knew me as a gay man and, in my life in London, I never tried to hide it. I knew I was going to have to do interviews with gay magazines, so I thought, ‘Well, I’m going to have to be open’. It’s who I am. And if people don’t like it, then I don’t want their jobs. I’ve never been a very good liar, which is another thing…

Secondly, our Luke apparently has an account on Cam4 where he identifies as “bicurious” and at one time, to the delight of Cam4 denizens, stripped to his underwear. Check it the pics and the messages below: 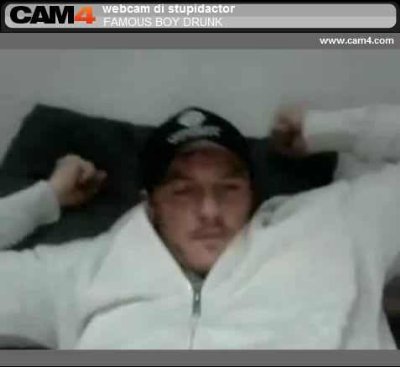 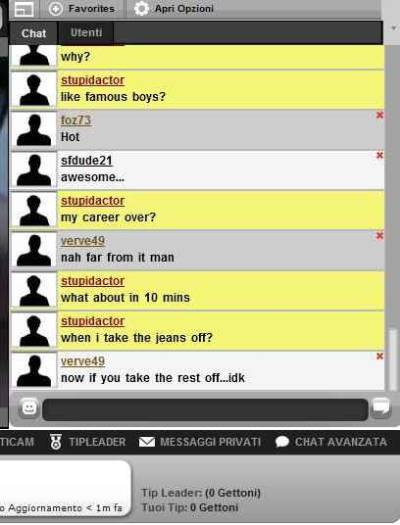 As it turned out, this Luke Evans Cam4 appearance did not have any negative effect on his movie career at all. Yay for the open mindedness of modern times. 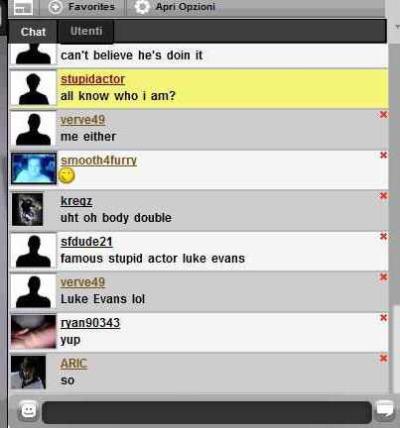 So, by his own words, there appears to be no question at all that Luke is into guys which means that he is either gay or bisexual.

What’s hilarious though is that some prissy gay queens got “sad”, “angry”, “offended”, etc., etc. when our Luke started dating girls. Get over it guys, he can date anyone he wants.