Brian Wilson Underwear, Spandex Tuxedo, and Shirtless Photos. How can one not like San Francisco Giants pitcher Brian Wilson? He’s got an awesome beard. He used to have the most badass mohawk haircut. And he doesn’t mind wearing body-hugging spandex tuxedos. 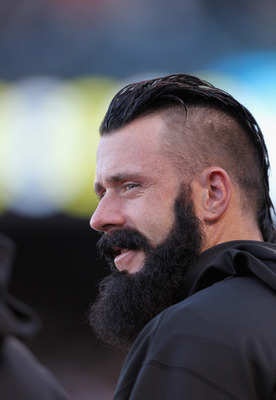 Oh wait, he also does not mind taking his own underwear photos like them celebrity guys with iPhones we blogged about in the past. Check out Brian in his black briefs underwear. 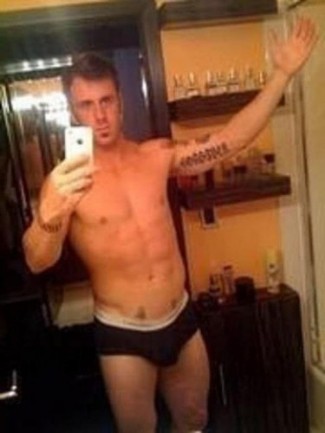 Our friend Deena is very impressed. We bet she’d be way more impressed if our baseball hunk is wearing a pair of white undies. As we mentioned in the part, black garments tend to minimize your body parts while white ones tend to enhance them. Anyhoo, for those of you who are wondering about Brian’s tattoos in the pic above, here’s what wikipedia says about them:

He has a number of tattoos. He had a dragon on his left shoulder done to honor his father. He also has the words “In nomine patris” (“In the name of the father”) across his chest in addition to a Celtic cross with lettering on his right wrist that he got while on a trip to Ireland with Dallas Braden.

Here’s a shirtless Brian with his tattoos and all. 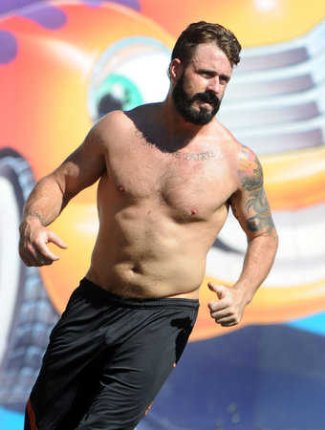 What a hunky, sexy, beefy guy. And gifted too. Haha. He’s also a fearless dude who wears a ridiculous looking spandex suit to the ESPY Awards. Check it out. 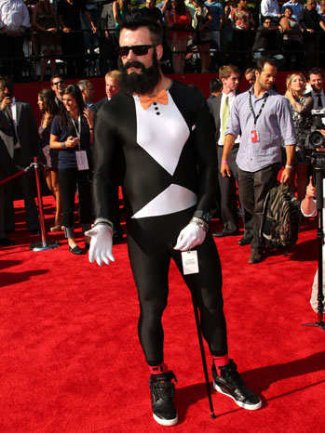 Haha. It may look ridiculous but we love, love, love it. What does Brian’s girlfriend say about the outfit? Oh wait, does he have a girlfriend? Hah! This will disappoint Deena but the baseball jock has been linked to some gals like Chelsea Lewis and model/TV personality Bonnie-Jill Laflin. Oh wait, he also had Sasquatch for his “plus one” in the 2012 ESPY Awards. 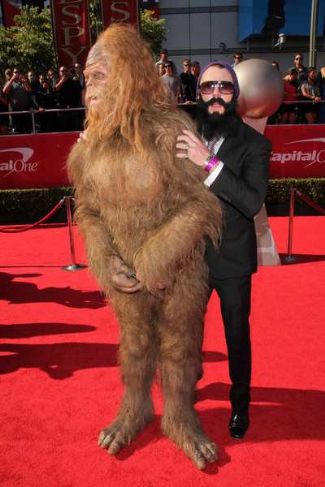 Want more baseball hunks? Check out Gabe Kapler and His Speedo and these Sexy Baseball Players.