Brenton Thwaites Underwear, Shirtless, Blue Lagoon Photos. Who’s the cute guy below hugging that lucky girl? That guy, Famewatchers, is Aussie hunk Brenton Thwaites. Question: Are all Aussies hunks? Our friend Kevin says that “Aussie” is synonymous to “hunk” because all the Australian guys he met are every inch a hunk. Though we agree that men from the Land Down Under tend to be “hunkyish” we are not about to concede that all of them are hunks. But there is no denying that they have conquered Hollywood. 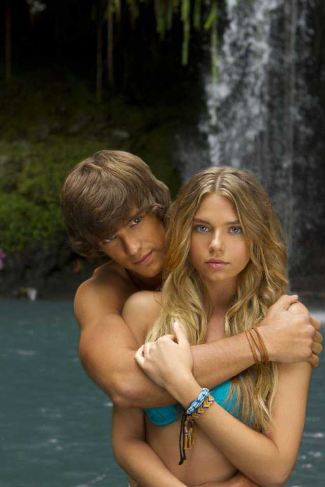 Anyhoo, let’s go back to Brenton Thwaites, one of the latest Aussie transplant in Hollywoodlandia. He’s fairly new in the business (he only started acting in 2010) but he already has a good list of projects to his name. Among said projects would the 2012 TV remake of the classic movie, Blue Lagoon, where he co-stars with fellow Aussie actor Indiana Evans (the lucky girl in the pic above).

Here are some still photos of Brenton in his boxer shorts underwear — see more Men in Boxers Underwear — from the Blue Lagoon. 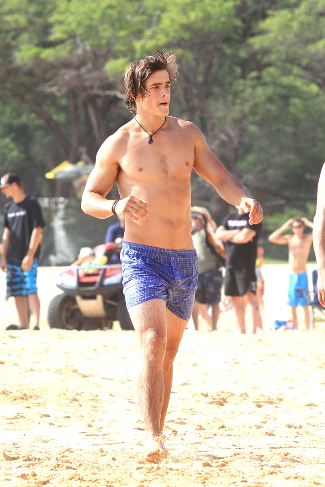 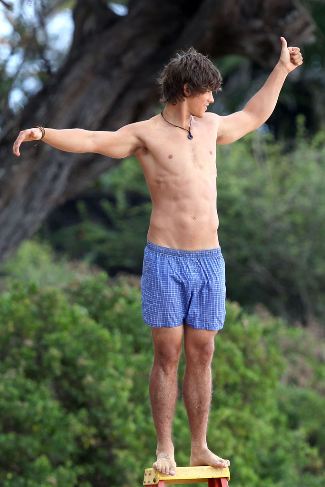 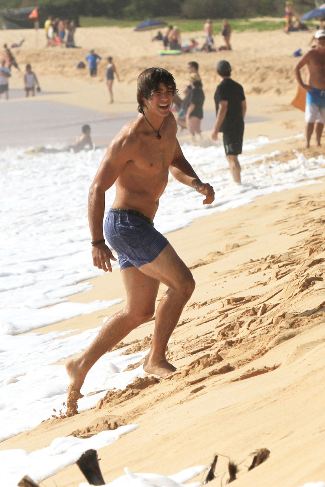 He’s wet from all that swimming.

A shirtless Brenton shows off his nice abs. If only our boyfriend has abs like that. Our beau really should be hitting the gym especially because the Christmas holidays are upon us which means pigging on delicious but ultimately unhealthy food. 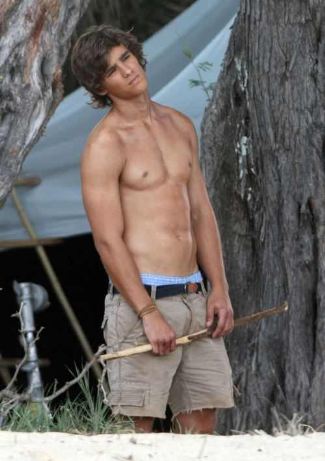 Probably Brenton’s biggest break in Hollywood is his upcoming role as the Young Prince in the Angelina Jolie-starrer, Maleficent. Yay for him! It is not clear whether he will be shooting scenes with La Jolie (since he is the young version of the Prince he will probably shoot with India Eisley, the Young Maleficent, or/and with Vivienne Jolie-Pitt who is cast as Young Princess Aurora) but he can validly boast to the world that he co-stars in a movie with the Hollywood superstar that is Angelina. 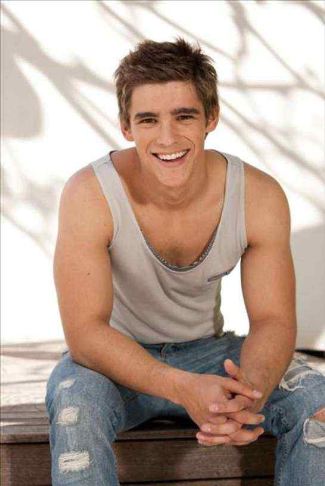 We love us our guys in jeans and wifebeater shirts. Oh, and does his smile remind you of Julia Roberts?