Daniel James Prometheus Engineer: Shirtless and Hunky Model. What does an alien look like? Well, if they look like Daniel James, we’d join the welcoming committee should they decide to invade the earth and enslave us earthlings. Okay, maybe enslavement is too much but if they do make a friendly visit and they do look like Daniel James, we’d be there to welcome them when their spacecraft lands. Seriously, look at them eight pack abs? Who wouldn’t want a piece of that? [Deena says: Duh? Those are not real abs but are part of his “makeup”!] 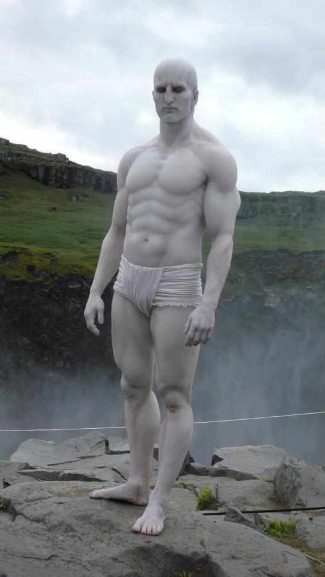 Daniel James, for those of you who – like us – are just discovering his awesome hunkiness is a British (?) male model who also goes by the name Daniel Twiss. He also acts part time and was cast as the Sacrifice Engineer in the recent Sidley Scott movie, Prometheus. It’s a bit part but we hope he continues to get some acting gigs because he’s hunky cute and because he doesn’t mind posting underwear photos of himself on the internets. Haha. [Deena says: Technically, it’s his friend, with Daniel’s blessing, who actually posted the pic below on Reddit.com.] 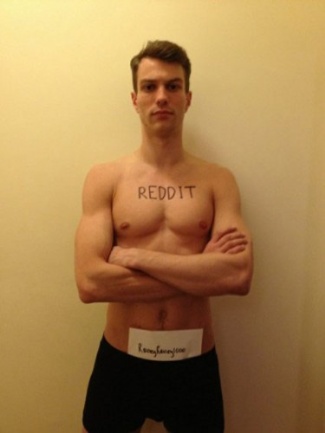 Here’s a pic of our hunk being “dressed” as an alien. Can you imagine an alien wearing a pair of Nike short shorts? Want more celebrity Nike shorts? 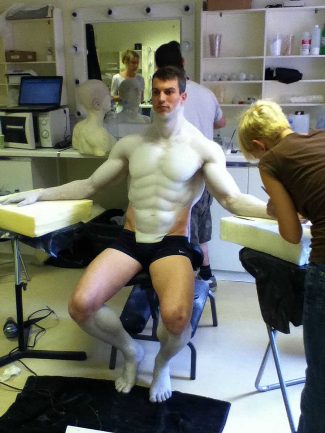 And here’s Daniel getting some pointers from acclaimed sci-fi director Ridley Scott who helmed Prometheus. Is that a jockstrap he is wearing?

In an interview with If Only UK, Daniel had this to say about his experience working with the director: “Ridley was unbelievable to work with. He is so focused and it is very obvious just how good he is when you get a chance to talk to him about a scene. It was very intimidating at first but his direction was fantastic and he couldn’t have been nicer about them afterwards. He even sat and watched back the shots with me in 3-D after filming which was probably the highlight for me.”

They apparently did some shoot in Iceland which explains the interesting background in the first picture we uploaded above as well as in the next pic below. 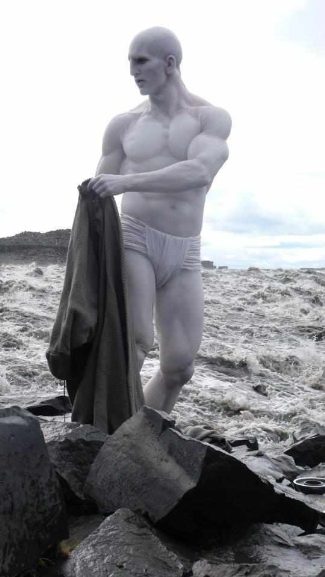 As we mentioned earlier, Daniel is more of a model (than an actor) so let’s have some of his modeling photos (courtesy of gingernaps.co.uk), shall we? Here you go! 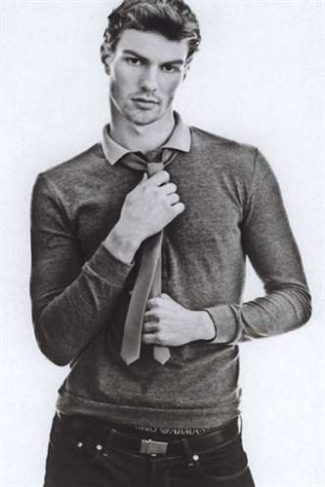 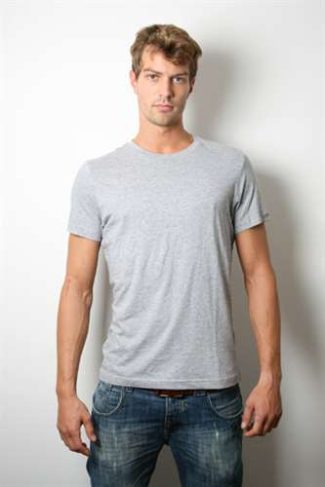 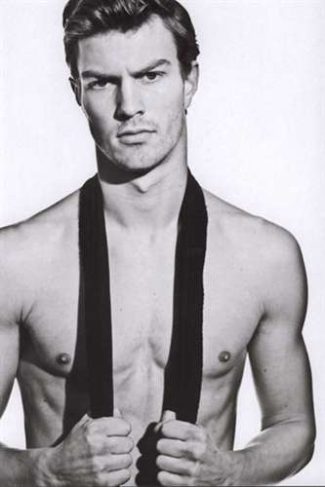