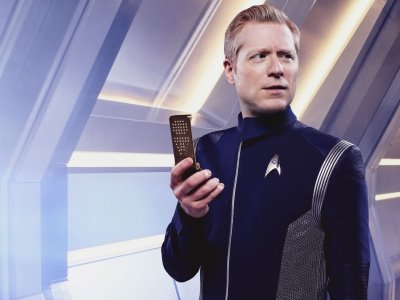 Here’s a photo of the onscreen lovebirds from back in 2011 when they both attended the GLAAD Amplifier Awards. 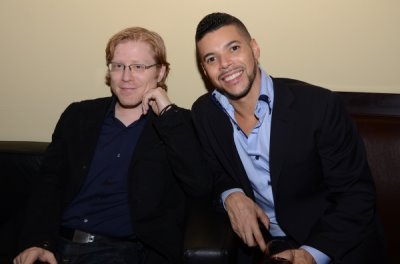 Who knew the guys above would make history as the first gay couple in Star Trek, no? Here’s what Anthony is saying about his groundbreaking role (via Entertainment Weekly):

It’s a little bit of a strange thing that there hasn’t been an openly gay character as part of it, so I’m really honoured and proud to get to carry that particular flag. The fact of my characrter’s sexual orientation is just a fact among many, and is treated just as simply and straightforwardly as any other fact of the other characters.

He adds that we will be witnessing his relationship onscreen:

You get to see [my character’s] relationship. There was a little glimpse in Sulu in Beyond, and it was a nice nod. But in this case, we actually get to see me with my partner in conversation, in our living quarters, you get to see our relationship over time, treated as any other relationship would be treated.

Anthony Rapp Gay in Real Life? Yes he is. In fact, he came out to his parents when he was only 14 years old. According to Metro Weekly, Anthony — back in the 1990s– was one of the first openly gay actors on Broadway.

So does he have a boyfriend or partner in real life? You bet he does. His name is Teerakeni (or Ken for short) and here are photos of the lovebirds which we grabbed from Anthony’s Instagram account (follow him @albinokid). 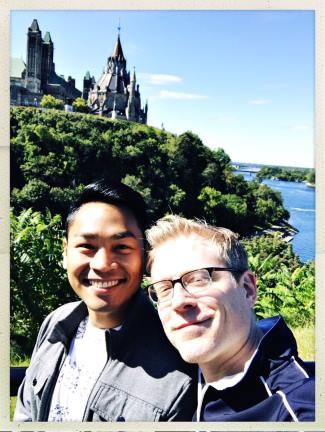 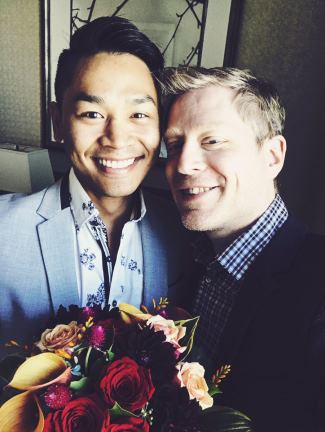 Our favorite photo of the lovebirds, Anthony and Ken, with the gorgeous Michelle Yeoh, during the premiere of Star Trek Discovery in Los Angeles. 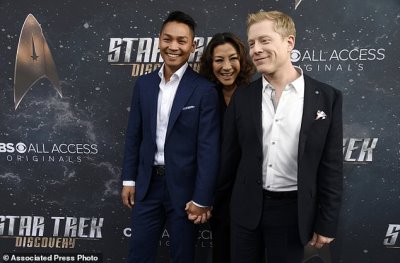 Let us end this post with a photo of a young Anthony Rapp, shall we? Pic is from his 1992 movie School Ties. 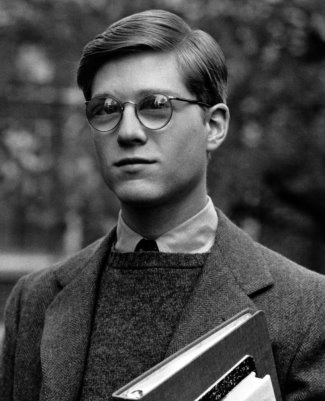 2020 Update: We are updating this post to note that Anthony and Ken Ithiphol are now engaged. The Star Trek star made the announced via his Instagram account (@albinokid1026). The lovebirds have been dating for four years and are planning to get hitched seven months from now. Congratulations to Anthony and Ken! 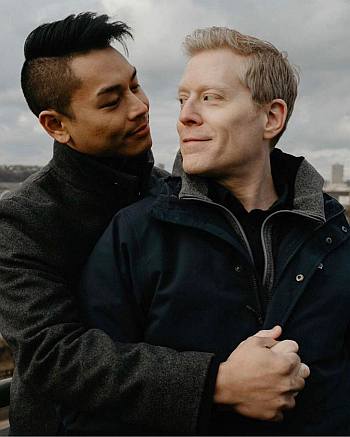