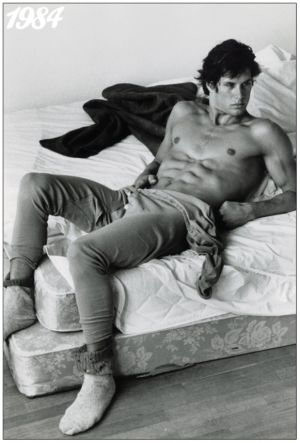 Jeff was the captain of his college water polo team. So this photo of the guy modeling water polo gear is fitting. 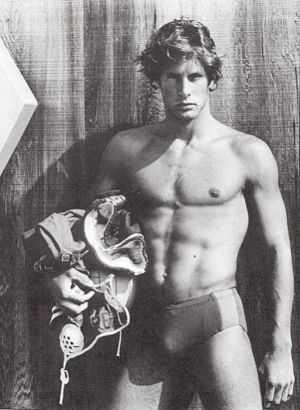 If you’re wondering what he looks like now, this recent photo from V-Man magazine shows that he still rocks. 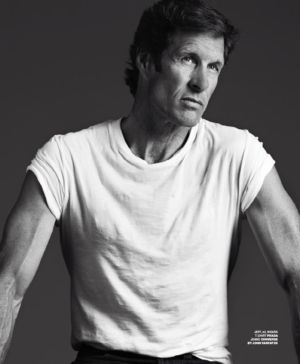 …..
UPDATE: You want more vintage mens underwear, don’t you? Well, if you want vintage underwear then we’ll give you vintage underwear. Let’s begin with this Jockey Underwear ad which goes, “More men want Jockey Overknee to protect tender skin” and which made us go, “Whoa! What are our granddaddies doing on their knees? Kneeling in church or something saucier?” Because seriously, you’d think our male ancestors will be least concerned about the tenderness of their skin, right? 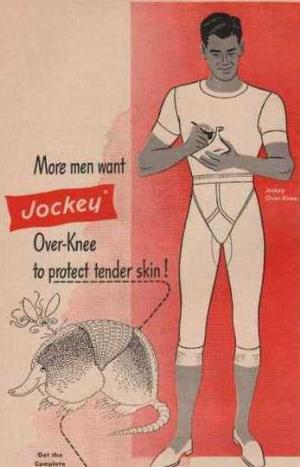 Anyhoo, if you’re into boxing and not worried about your tender skin, then Prosknit Underwear for Men and Boys is for you. 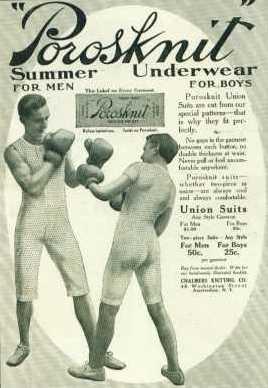 Or maybe you’d prefer this Topkis Athletic Underwear which you can apparently buy for one dollar back then (One dollar for finish, fit, and comfort). 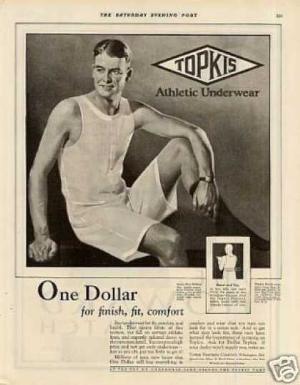 Ever heard of an underwear brand called Duofold Health Underwear? We haven’t either, but its made of warm wool, soft cotton, and its got some airspace that helps your constricted balls to breath. According to the ad, Duofold “Combines all the protection of wool and the comfort of cotton.” 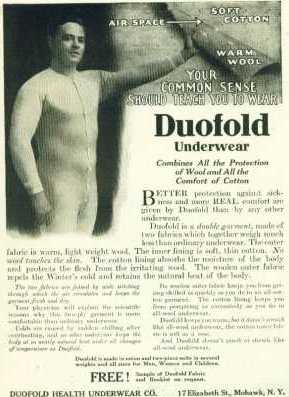 Now, from the era of black and white vintage advertising, let’s move on to the Age of Color with this underwear ad from a brand called BVD Underwear. This is the first time we hear of it but it’s apparently “The Great American Fit for the Great American Male”. 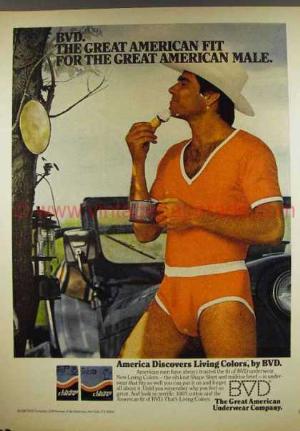 BVD is an “expensive fit” but you can buy it at a “comfortable price”. You can also wear your BVD underwear, sans any other clothing, when you go camping. But don’t complain if a rattlesnake decides to bite your exposed unprotected ass. 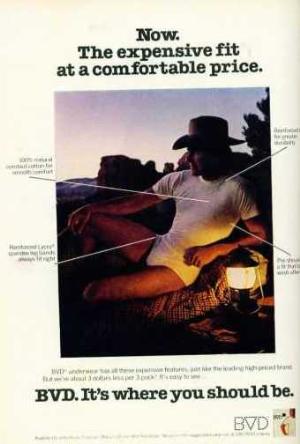