Winter Underwear for Men: Classic and Modern Long Johns. Want to keep you or your man warm this winter? Well, you can’t go wrong if you get yourself a pair of long johns underwear whether it be one of them classic cotton thermals or the modern versions made of synthetic fabric. Now, since we are talking about winter underwear for men, this gives us an excuse to post these photos of gorgeous men rocking their long johns underwear. 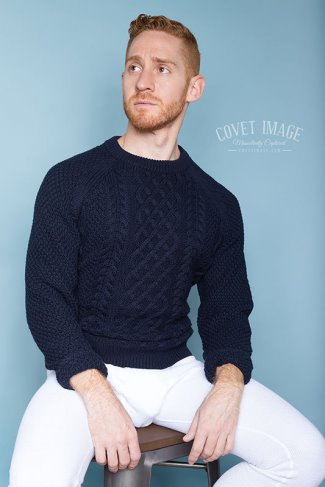 For those who are wondering, the guy above is London-based male model Steven di Costa. He kinda looks like Tom Hiddleston, doesn’t he? END_OF_DOCUMENT_TOKEN_TO_BE_REPLACED

Quim Gutiérrez Shirtless, Underwear, Spanish Actor. Okay, here’s a question for those of you who know a lot about men’s fashion: can you say whether Spanish actor Quim Gutierrez is wearing long men’s underwear in the photo below? One half of your Famewatchers (Deena and Kevin) say that he is while the other half (yours truly and Sheila) say that he is not and that he is actually wearing some kind of a fencer’s outfit. What say you more informed Famewatchers? 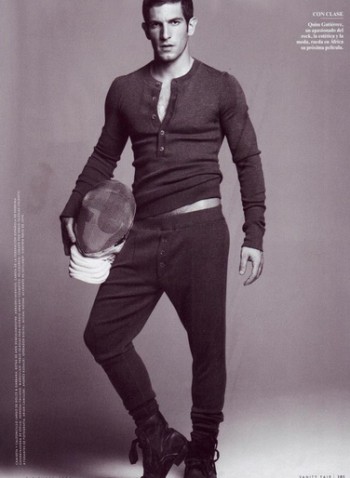 Anyhoo, we are blogging about our hunk above because he is starring in a Spanish comedy movie called Honeymoon With My Mother which is dropping on Netflix this Friday! We were intrigued by the title, then watched the trailer which we found very promising, and so we are looking forward to watching the movie! By the way, get your mind out of the gutter, it is about a guy who was jilted at the altar by a runaway bride who paid his honeymoon in advance. Because he can’t cancel it and get a refund, he ended up spending his honeymoon with his mother. END_OF_DOCUMENT_TOKEN_TO_BE_REPLACED

You already know that he started out as a comedian with his own TV show but, did you know that he won several acting awards in his very first movie Chopper which was released twenty years ago?

Yup, our hunky Australian has proven from the get go that he’s got the goods not only in the comedic department but in drama as well. Specifically, he bagged best actor awards from the Australian Film Institute, Film Critics Circle of Australia Awards, the Inside Film Awards, and the Stockholm Film Festival. 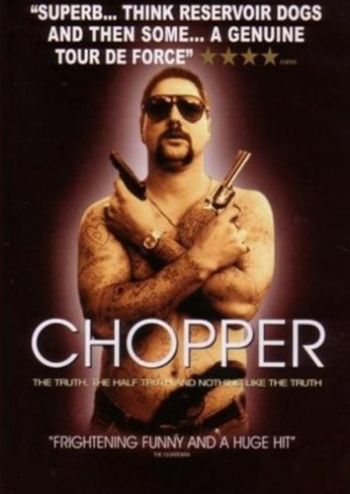 END_OF_DOCUMENT_TOKEN_TO_BE_REPLACED

Bryce Eilenberg Shirtless, Underwear, Girlfriend. We thought we already wrote a post on our favorite celebrity redhead Bryce Eilenberg but, apparently, we have not!

First things first, did you know that he got on RPDR by taking his own photo and posting them on Model Mayhem? Let’s have the story straight from the man himself on how be joined the crew of the Emmy Award-winning show.

From his Instagram account (follow him @bryceeilenberg): “In 2014 I got dumped after being in a relationship for 7 years so I pretty much said ‘fuck it I’ll do whatever I want’ and decided, among other things, to be an underwear model and a photographer. So I copied a David Beckham underwear ad from Emporio Armani by ordering the same pair of underwear from Amazon, using my first camera on a timer on a crappy tripod, a lamp from my room for lighting, and some spray on sunscreen for that extra shine. Then I put the picture up on modelmayhem and got an email from drag race a few weeks later. Now I’ve been on the show for multiple seasons and I’ve developed my photography skills to the point where I can have fun shooting just about anything.” END_OF_DOCUMENT_TOKEN_TO_BE_REPLACED

John Galliano Underwear: Vladimir Ivanov in Long Johns. This entry is specially posted for Famewatcher fans of Russian hunks as well as those who are fans of men wearing long johns underwear. If you are a fan of both hot Russian hunks and men in long johns, then this post is for you.

Anyhoo, do you recognize the guy below? He is our current imaginary Russian boyfriend Vladimir Ivanov who we first blogged about in his navy/sailor uniform. 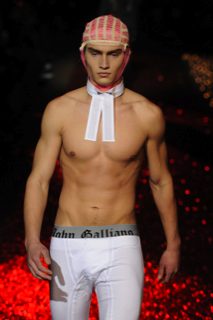 END_OF_DOCUMENT_TOKEN_TO_BE_REPLACED

Levi Johnston Underwear, Shirtless, and Latest Updates. Almost eight years have passed since we met our favorite Republican rebel Levi Johnston. So we thought it’s time to update this post and give you some updates on our Alaskan imaginary boyfriend.

Did you know that he tied the knot back in 2012? Good for him! Thankfully, he didn’t marry that daughter of she-who-must-not-be-named. Instead, he married a girl named Sunny Oglesby. Check out the lovebirds during their wedding day. 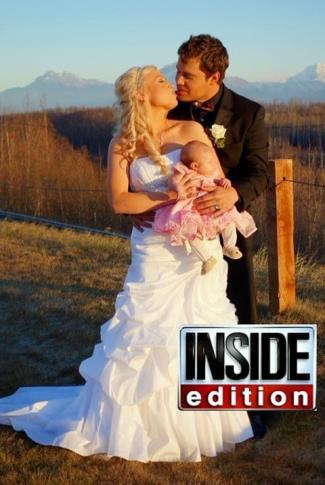 So how is Levi Johnston doing now? What’s keeping him busy? Well, judging from his Instagram photos (follow him @levikjohnston), we guess its safe to safe that he is busy doing typical young daddy stuff. You know, taking care of his goings, going fishing, moose hunting, and hanging out with his young family in the living room. END_OF_DOCUMENT_TOKEN_TO_BE_REPLACED