Tyler Seguin Shirtless and Girlfriend, Part II. So, how’s our imaginary hockey beau doing these days? Over five years since we blogged about him, we’re happy to note that his career is thriving, that he look’s as hot as ever, and that he’s got himself a girlfriend. Yay!

Did we mention he is hot AF when he’s shirtless: 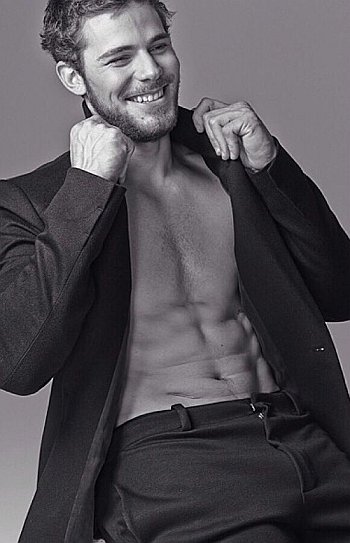 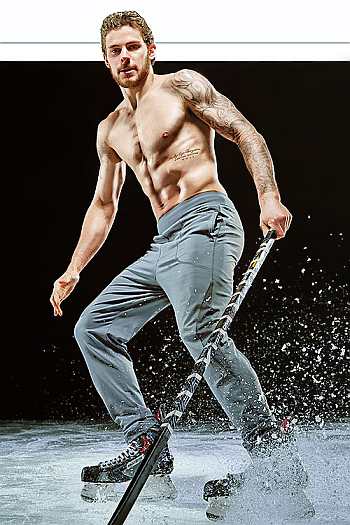 Chillin’ with another hot hockey player, Jamie Benn. Why are they giving us couple vibes? 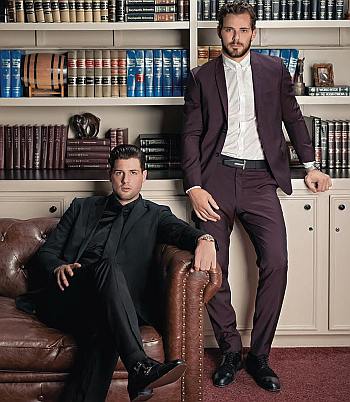 For those wondering, Tyler is dating girlfriend Kate Kirchof. They sure look good together, don’t they? 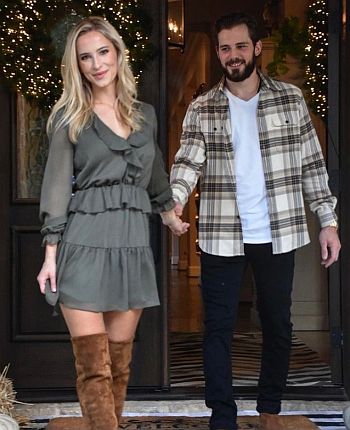 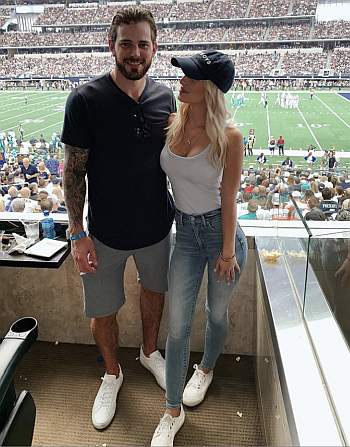 Now, we forgot to include these photos of the hockey star when he brought home the Stanley Cup when his former team, the Boston Bruins, won it in 2011. 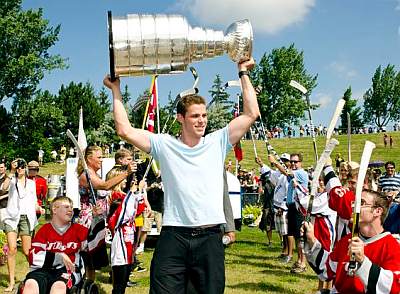 It was his first year in the NHL too! 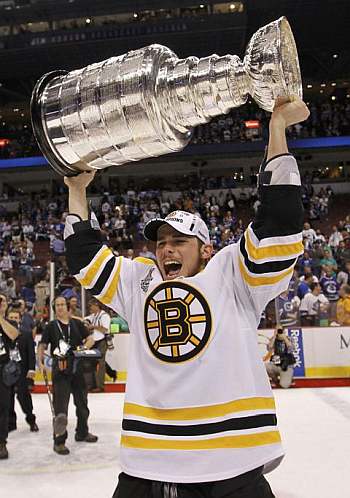 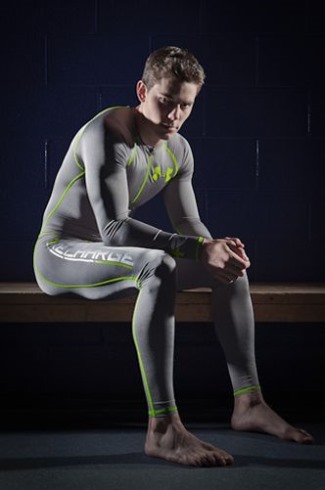 Tyler is wearing an Under Armour Recharge Energy Shirt which boasts the following characteristics:

Tyler Seguin Underwear. The 22-year-old hockey hunk has a sponsorship dead with Under Armour (as well as other companies). Here’s Tyler selling Under Armour Underwear. 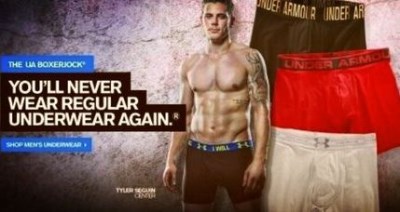 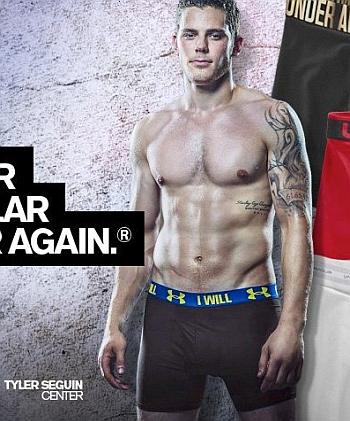 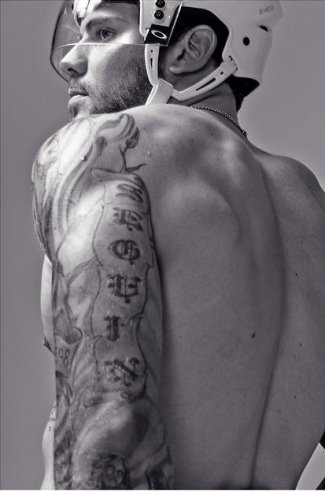 He’s got a hot body. Look at them sculpted abs! 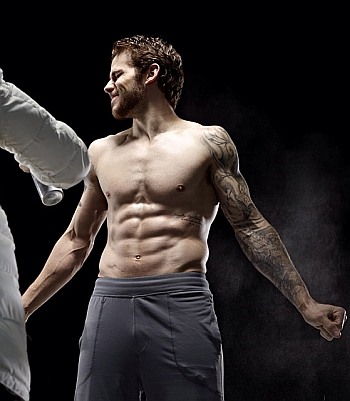 He looks much older than his 22 years when he sports some facial hair, no? It suits him nicely, that’s for sure. 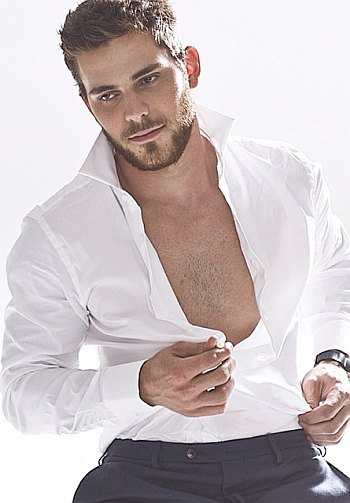 Is Tyler Seguin Gay or Straight? He is straight but our friends at gayorstraight.com have given him a 70% gaydar score: “According to 51 visitors Tyler Seguin is 70% gay. The average gay-rating on gay-or-straight.com is 69%, which means Tyler Seguin has been voted highly gay.”

Nah, he’s not “highly gay” but he sure does some stuff that can send people wagging. Like “wrestling” with namesake Tyler Brown for instance: 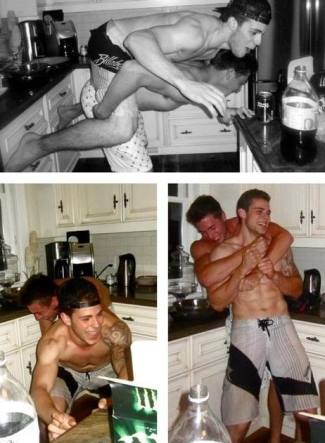 Or going to the beach with Jesse Blacker. The only thing that could make the photo below more perfect is if they took the picture during a sunset. Haha. 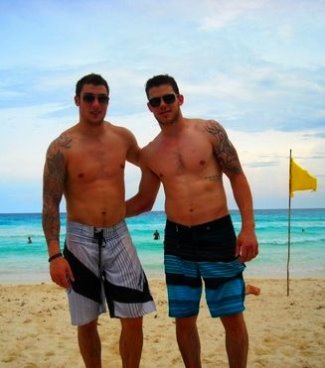 Or having matching tattoos and dancing shirtless in front of a crowd with Brad Marchand. 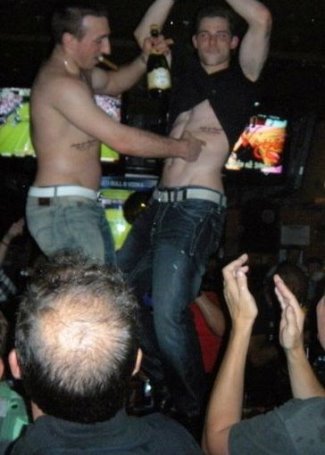 Tyler Seguin Girlfriend. Is he dating anyone in 2014 or is he single? What’s Tyler’s relationship status at the moment?

Well, it’s not clear whether he is currently dating anyone but, last January 2014, the NHL Wags Tumblr linked Miss Texas USA 2013 Alexandria Nichole “Ali” Nugent to Tyler. We’re not sure if the beauty queen or the hockey hunk are or were ever an item but dating history website famousfix.com lists Ali in Tyler’s relationship profile.

Also listed is Playboy model Ciara Price. Now, if you believe rumormongers, the hockey player may (or may not) have also dated Olympic gold medal winning gymnast Aly Raisman. Meanwhile, according to playerswives.com, Tyler dated a certain Kathryn (maybe her full name is Kathryn Hurley) in high school. The two broke up before the hockey star hit it big in the NHL.