Aston Merrygold Shirtless in Underwear: Can He Dance? We know that Aston Merrygold can sing. But can he also do some ballroom dancing? Apparently, based on the first episode of this season’s Strictly Come Dancing, the former boybander is a pretty good dancer too. Watch him and professional dance partner Janette Manrara:

Aston and Janette scored 31 points for their performance and are on top of the leaderboard. From metro.co.uk:

Aston Merrygold has proved himself to be an early frontrunner on this year’s Strictly Come Dancing, after soaring to the top of the leaderboard in the first live show.

The 29-year-old singer and renowned back-flip guru with boy band JLS, was swamped with praise by the judges after a classy foxtrot with partner Janette Manrara, and was touted as the ‘one to watch’ by Craig Revel Horwood.

Speaking after his performance, Craig said: ‘Well all those flashy moments I thought were completely self-indulgent, very little to do with the foxtrot at all, however I thought your confidence shone through brilliantly. You have a great sense of musicality, it’s just amazing to watch. I think you’re going to be the one to watch in this whole competition.’

Do you think he’ll continue to be this good in the coming weeks? Yeah, we think so. He is a former boybander after all and, as we very well know, members of boy bands and girl bands gotta have the “moves” which is why Nicole Scherzinger easily won her season on Dancing With the Stars.

Anyhoo let’s go back to Ashton and, since the last week of September is all about male celebrity underwear here on Famewatcher, let’s revisit and re-appreciate his underwear photos. Haha. 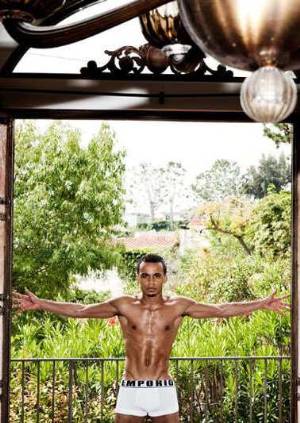 We posted these photos years ago in JLS Underwear which you might want to check out if you’ve not seen it before. 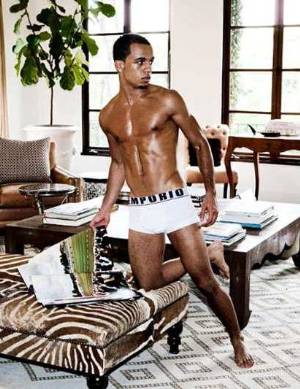 Let us end this post with this fabulous photo of Aston on the pages of Vanity Fair Italia, shall we? 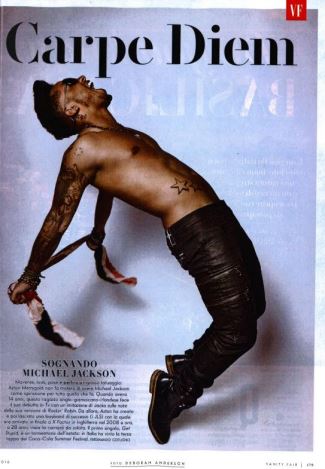 Aston Merrygold Girlfriend Upate. Forgot to mention that Aston is in a relationship with girlfriend Sarah Lou Richards. The two are expecting a baby. Here’s a lovely pic of the couple as they shared the good news to their fans. 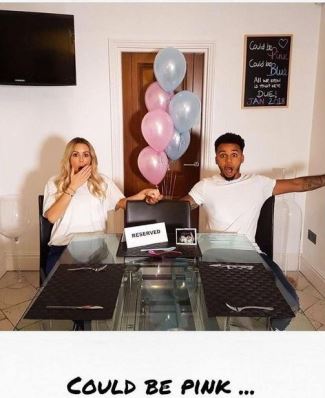 Aston Merrygold Shirtless in Underwear: Can He Dance? Posted 25 September 2017.