Australians in the NFL. Did you know that some Australian athletes have shifted from their rugby-playing ways to join America’s National Football League (NFL)? Let’s list these Australian NFL players who are in the 2015 roster of various NFL teams as well as those who played in the NFL in the past.

1) Brad Wing, punter. From Melbourne. Signed in 2013 by the Philadelphia Eagles for the off-season. Now plays for the Pittsburgh Steelers.

2) David Yankey, offensive guard. Born in Sydney. Currently plays for the Minnesota Vikings. Drafted by the Vikings in the 5th round (145th pick) during the 2014 NFL Draft. Check him out in his Vikings uniform: 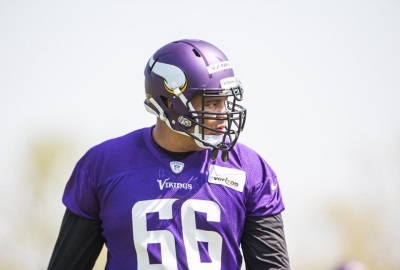 3) Tom Hornsey, punter. From Geelong, Victoria. As a senior college footballer, he won the Ray Guy Award “recognizing him as the best college football punter” in the United States. He signed with the Dallas Cowboys in February 2015.

4) Jesse Williams, defensive tackle. From Thursday Island, Queensland. Drafted by the Seattle Seahawks in the fifth round (137th overall) in the 2013 NFL Draft. He continues to play for the Seahawks. 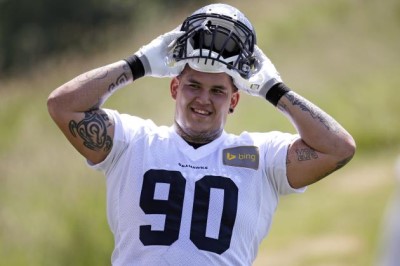 5) Jarryd Hayne, running back. From Sydney, NSW. Signed by the San Francisco 49ers in March this year. Before he moved to the U.S. he played for the Parramatta Eels in the National Rugby League. 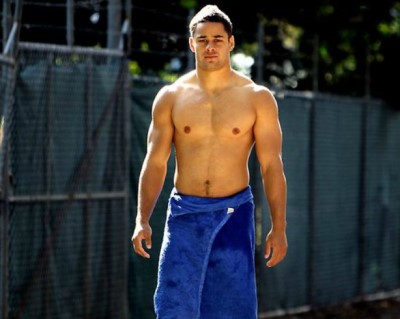 6) Jordan Berry, punter. From Essendon, Victoria. Was signed by the Pittsburgh Steelers in April 2015.

The following are no longer with the NFL:

11) Chris Bryan, punter. From Melbourne. Signed by the Green Bay Packers in 2010. Had stints with the Tampa Bay Buccaneers and the NY Jets.

12) David Lonie, punter. From Gosford, NSW. Signed with the Washington Redskins in 2006 and with the Green Bay Packers in 2007. However, his NFL career was cut short by an ankle injury.

13) Colin Scotts, defensive end. From Sydney. Drafted by the Arizona Cardinals in the third round (70th pick) of the 1987 NFL Draft.

14) Colin Ridgway, punter. From Melbourne. Has the distinction as the first Aussie to play in the NFL. He played with the Dallas Cowboys in 1965.

Anybody else who should be in this list? Do tell in the comments.