Does Tom Daley have a girlfriend? Yes he does have a girlfriend and her name is Cassidy Cook. Oops, that’s Kassidy with a K. The two are apparently childhood friends. That’s according to the Daily Mail (which isn’t known for its reliability when it comes to showbiz news) which also reports that Kassidy is also a diver. Check out these photos of Tom and his gal on a date. Yeah, for young love. 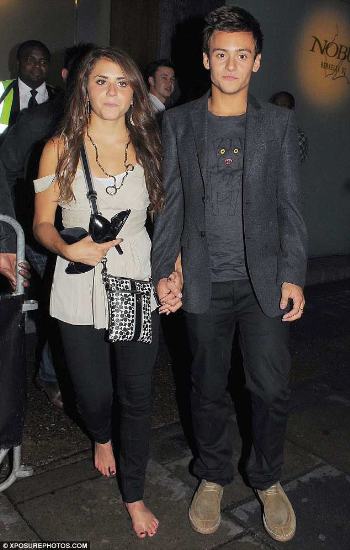 We’re hoping for her sake that jealous tween girls will not threaten Ms. Cook and not say mean things about her the way some fanatic admirers go batshit crazy when their idols turn out to have girlfriends. Exhibit A: Read the silly comments in our post about Tom Felton’s girlfriend.

Tom Daley and Kassidy Cook sitting on a tree. 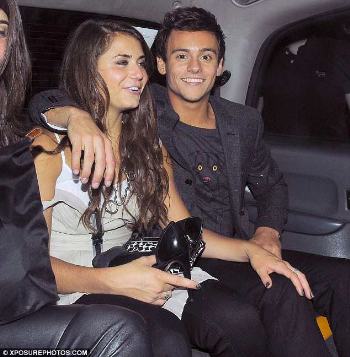 Hey, their names are sooo rhyming. Let’s say it again:

Tom Daley
and Kassidy
sitting on a tree

Hehe. How silly are we? They’re actually sitting inside a car with a third person who might be their chaperon. 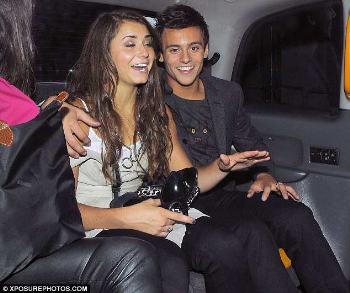 Here are some info about Kassidy from usadiving.org:

The NBC Olympics website (nbcolympics.com) also tells us that she started diving when she was only four years old and that she bagged her first U-13 win two years later. She apparently comes from a sporty family as she’s got a sister who also dives and another sister who plays soccer. 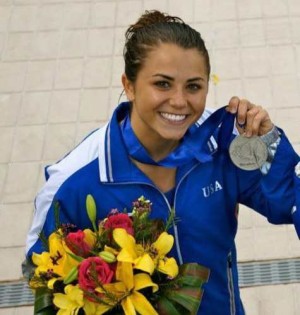 Kassidy and her three-meter synchro partner Cassidy Krug won in the United States 2011 AT&T National Diving Championships but the pair didn’t make it to the Olympics although Ms. Krug competed in the 3-meter springboard event.

Daley’s girlfriend is only 17 years old so expect to see more of her in international diving competitions in the coming years. Rio de Janeiro, here she comes. With Tom by her side, they can become the power-couple in the diving world. TomKass, anyone? Sounds good, no?