Hunky Men in Arena Swimwear Part II. The recently concluded Tokyo Olympic Games has given us more men rocking their Arena swimsuits so we decided to update this post to bring you more guys to admire.

First up is 26-year-old British swimmer Adam Peaty who bagged two gold medals in Tokyo. His first is for the 100m breaststroke and his second gold is for the mixed 4 × 100 metre medley relay. Curiously, although he has a sponsorship deal with Arena through the Tokyo Games, his swimsuit during the finals does not appear to have the Arena logo. This may be because Team Great Britain is actually outfitted by Adidas and, in fact, he’s seen wearing Adidas swimsuit during his practice sessions.

But he did give a shoutout to Arena in an Instagram post after he won so must have been obligated to wear Adidas because of Team GB’s contract with the brand. At any rate, here’s Adam rocking his Arena swimsuits: 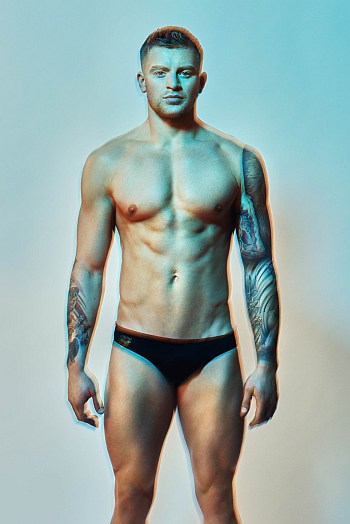 END_OF_DOCUMENT_TOKEN_TO_BE_REPLACED

Here’s what he said following his retirement according to abc.net.au: “At 28 years of age I feel I could have swum at another Olympic Games. But with the lofty standards I have held myself to over the years and the high expectations I have, I believe now is the right time to step away from the sport. I have always been proud to stand on the starting blocks representing my family, my friends and my country. There is no greater honour or responsibility.”

Good for you, Mr. Magnussen. Thank you for opting for the classic Speedos. Hehe.

Now, what’s the swimming world champ doing now? According to popsugar.com.au, he will be competing in a reality show called SAS: Who Dares Wins which, from what we understand, is a quasi-military training television program imported from the UK. END_OF_DOCUMENT_TOKEN_TO_BE_REPLACED

Kiwi Speedo Hunks: Hot Swimmers from New Zealand. You think only rugby player Dan Carter is the only hot guy in New Zealand? Well, think again. We think the number of hot hunks in Kiwilandia is more than the number of sheep they have roaming in their fields and valleys.

Okay, we are clearly exaggerating but there are millions of Kiwi hunks we still have to discover such as Andrew McMillan and Corney Swanepoel who are both members of the New Zealand Olympic swimming team.

Classic Speedo Briefs-Style Swimsuit: A History Lesson. While we were writing our post on Steve Lyon aka Vintage Speedo Guy, we came across this 1980s advert for the classic swim briefs with the slogan that goes “Speedo suits men. Speedo suits America”.

The slogan made us wonder why it seems to be specifically targeting Americans and then we found out that Speedo is actually an Australian brand. Well, it’s bought by a UK company now but the world famous swimwear originated in Australia which explains why the logo is a boomerang. 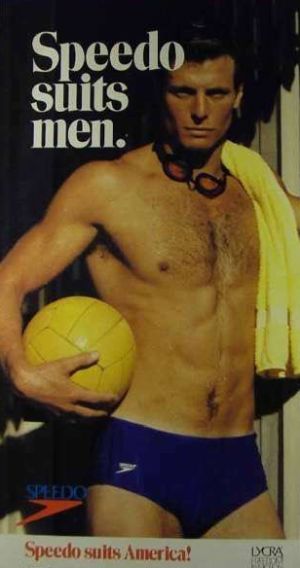 END_OF_DOCUMENT_TOKEN_TO_BE_REPLACED

Ian Thorpe Underwear Brand: What Happened to It? Huh, did you know that Australian swimming great Ian Thorpe launched his own underwear brand back in 2003? Funny how we wrote several posts over the years but never heard of it. We only learned about it — and for the record the brand is called “It” — when we came across this photo of Ian modeling a white boxer briefs on the runway.

Obviously, the brand did not take off because we’ve never heard of It. If we have to guess, a major reason for why it failed is the name itself. Seriously, whoever named Ian’s underwear “It” must never name a brand or label again. It’s so unexciting, and generic, and it simply does not evoke anything at all. No wonder it is dead and gone. 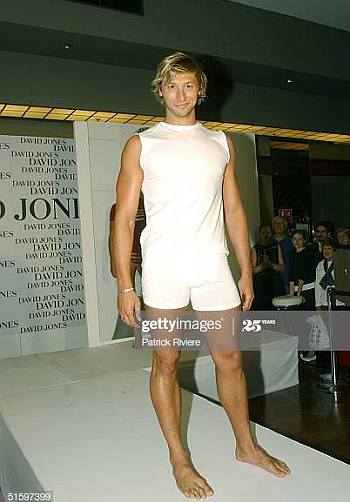 END_OF_DOCUMENT_TOKEN_TO_BE_REPLACED

Young Ian Thorpe Speedo Photos. Here are more photos of the Aussie swimming great for the millenials and GenZers among you who are wondering what Ian looks like when he was younger.

But before anything else, here’s a shirtless photo of a young Ian which we grabbed from the National Portrait Gallery of Australia (portrait.gov.au). That’s quite an honor to have your photo in your nation’s gallery, no? But given his accomplishments in the Olympics, we must say that Ian totally deserves the honor. 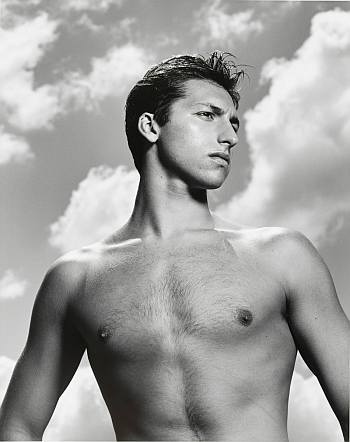 Now here’s the young Ian Thorpe photos that some of you are looking for: END_OF_DOCUMENT_TOKEN_TO_BE_REPLACED