Celebrities in Two-Piece Bikini Swimsuits. Here’s some of your favorite female celebrities rocking their two-piece bikini swimsuits. They’re enjoying the last few weeks of summer before the weather gets cool, cooler, and so cold you have to bring out your thick coats to battle Mr. Winter.

Lilly Kerssenberg aka Mrs. Boris Becker was spotted in the beach of Ibiza, Spain rocking this two-piece gold bikini which reminds us of these Celebrities as Princess Leia in a Gold Bikini. The Dutch model-turned-mother was with her son Amadeus who looks so cute in his Union Jack lifejacket. 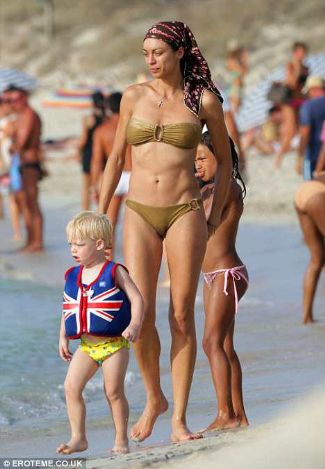 Another model/girlfriend of famous athlete who, incidentally, also seem to love wearing two-piece gold bikini swimsuits is Megan Rossee. For those of you who haven’t heard of her yet, Megan is the girlfriend of swimming Olympic champ Michael Phelps. 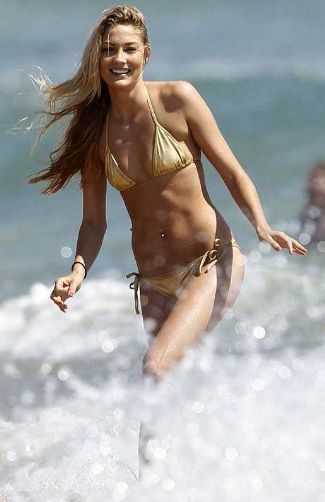 Another fabulous girl in our list of celebrities in two-piece bikini swimsuits is Brooke Burke, co-host of ABC’s Dancing With the Stars. Brooke tries her hand at surfboarding in Malibu. Brooke, honey, you should have brought along your hunky husband to teach you how to surfboard. 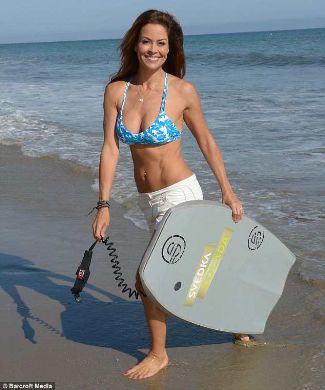 Samantha Cameron, wife of British Prime Minister David Cameron, in a floral two-piece bikini. The Camerons are currently vacationing in Majorca Spain. Can you imagine the outcry among the foolish and batshit crazy Republicans if Michelle Obama wore a very skimpy outfit like this? [Question for you U.K. readers: Is the wife of the Prime Minister also called the First Lady?] 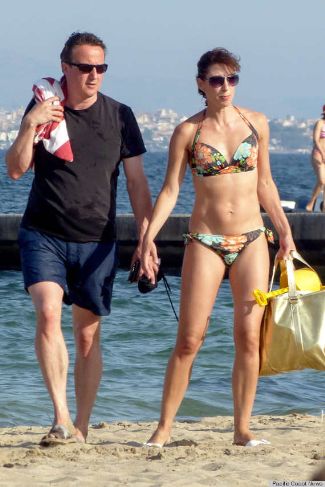 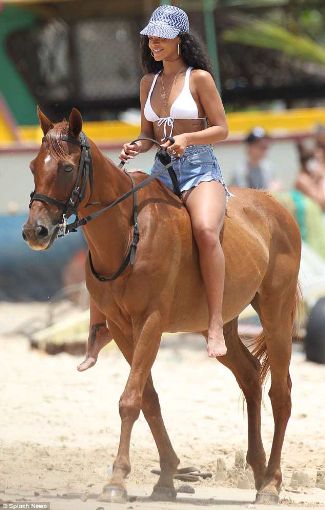 The last but not the least in our list of female celebrities in two-piece bikini swimsuits is Katy Perry. Here’s Russell Brand’s ex sunning herself at a rooftop swimming pool somewhere in Florida. 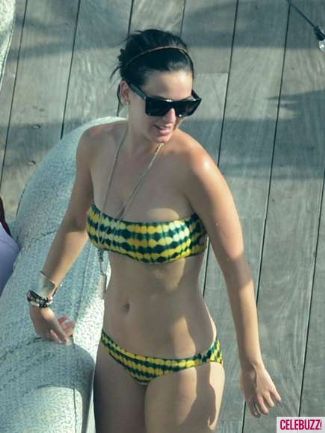 So who of this girls have the best two-piece bikini swimwear? We gotta go with Megan Rossee and her fabulous gold bikini. It looks so right on her.

If you want more celebrities in two-piece bikinis, check out our earlier posts on Taylor Swift’s two-piece swimsuit and these Swimsuit for Older Women.