Swiss Winter Jackets for Men: Ben Hill for Charles Vogele Casablanca. Since we’re all about looking for fashion labels from around the world this week, let’s check out this winter menswear collection from a Swiss retail clothing company called Charles Vogele. It’s got pretty nifty winter sweaters and jackets, no? 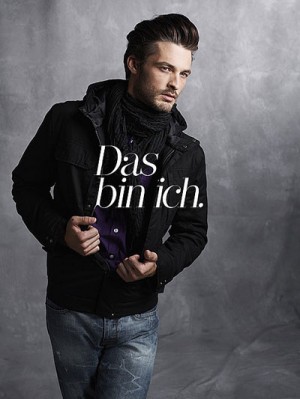 The model, in case you are wondering who he is, is American male model Ben Hill who headlined the Ramsey winter suits we blogged about earlier. 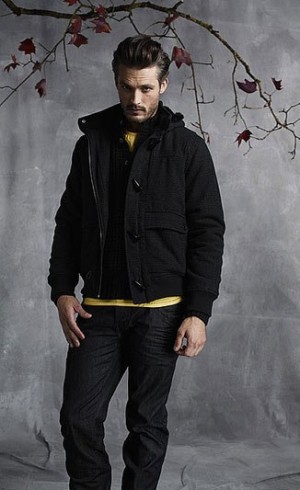 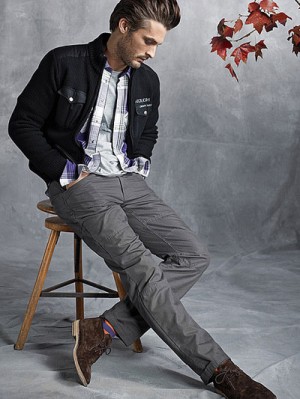 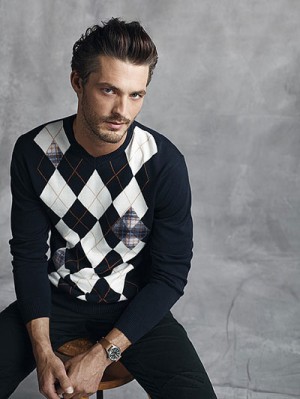 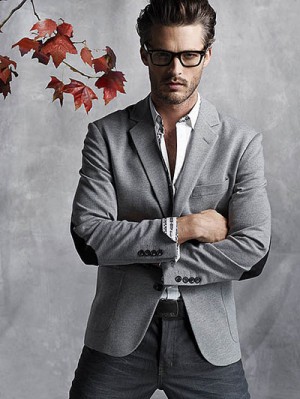 For clothing labels from other countries, check out these Bugatti Italian menswear, Swedish jackets by Ljung, and these German Otto jeans.

…..
2019 Update. Unfortunately, it seems like the quality of Charles Vogele has gone down since we last blogged about it nine years ago. Apparently, the brand tried to expand its target market and, as you can see in the comments below, either cheapened itself or tried to go upmarket.

newtoswitz: “I can only speak from experience, but maybe they’re the equivalent of (UK) C&A, who dropped prices and quality until they died under the weight of the Cheap & Awful moniker. When I first came here Vogele were decent quality and decent price, but last time I tried them (a few years ago) it was like being in New Look and the bad bits of M&S – and I’m not a teenager spending pocket money on disposable clothes, or wanting a style-less cardigan and socks.”

Medea Fleecestealer: “Used to be cheap and cheerful, tried to go more upmarket and now failing. Simple. I used to get a lot of my clothes in Voegele, but haven’t shopped there in years. That said I did get a couple of tops in the sales at the shop in Bern at the weekend, but sale prices are what used to be their normal prices.”

An attempt to sell collections designed by celebrities did not seem to help either. Specifically, the company inked deals with Spanish sister-actresses Penélope and Mónica Cruz as well as German actor Til Schweiger to launch their collections as well as to model for Charles Vogele but these did not revitalize the brand. Still, it did give us these fabulous leather jackets from Til’s collection though: 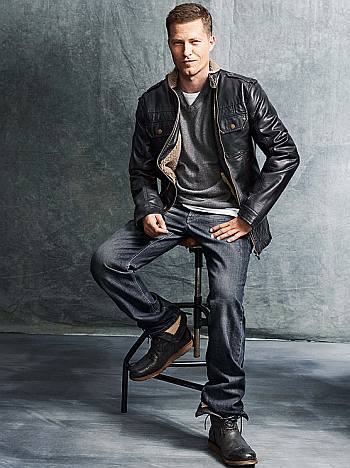 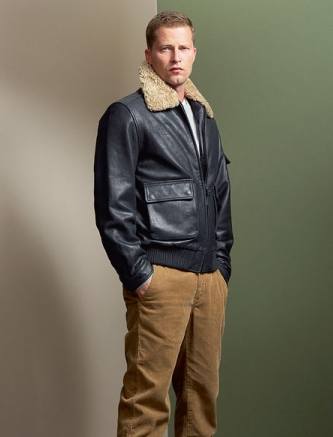