Well, thankfully, people from the interwebs gave us the answers which we are detailing below. The short of it is that male gymnasts generally do not wear underwear under their leotards because their outfit are good enough to give them the needed support and protection. If you do want to wear underwear, it should be the kind that is fit and snug, flexible, does not make you uncomfortable, and does not restrict your movements. You might be better off with just your leotard, no?

Anyhoo, here are some of the answers to your question which we collected for your easy reference:

livestrong.com: Most gymnasts don’t wear underwear when wearing a leotard because these outfits act much like a bathing suit does. However, if you’re wearing a leotard, you can still wear underwear. If you are female, this underwear should be skin-colored and cut just like a leotard so that panty lines don’t show. If you are male, the underwear should be tight fitting. You can also wear bras under your leotard or singlet as long as it isn’t visible, including the straps. You can wear any underwear of your choosing in training.

Gymnastics is not a contact sport where participants must be wary of body strikes from an opponent. As in any athletic activity, there is the possibility of sustaining a blow by falling or hitting oneself, but gymnasts are trained to avoid such trauma by contorting their bodies in the proper way. This training is deemed sufficient, for there is no opposing player who attempts to strike one’s body in the course of a sporting event. Body blows are not a normal or expected part of the activity, as they are in other sports.

Yahoo Answers: Male gymnasts wear leotards, they are the same as the female gymnasts but instead wear shorts over them. Women have no need to wear them, as the leotard itself sits so tightly on top of the body.

So now you know! Outside of the competition, male gymnasts do wear underwear! In fact, you might have come across some male gymnast underwear when reading this blog. For instance, go check out our post on Brazilian world champion Diego Hypolito.

Aside from Diego, here are some fabulous gymnasts rocking their undies: 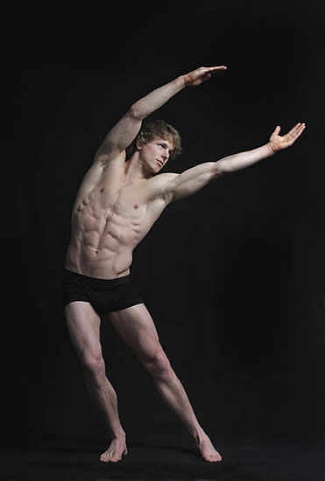 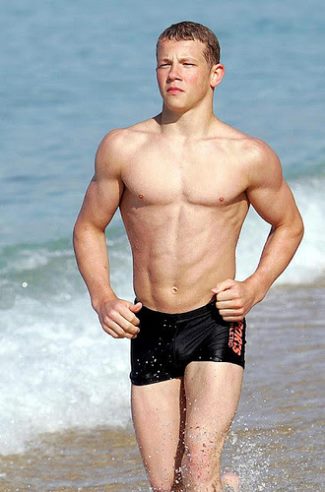 The United States’ Blaine Wilson: Blaine is the shortest guy in the photo below by New York-based photographer Howard Schatz. Can you believe he’s only 5’4″? 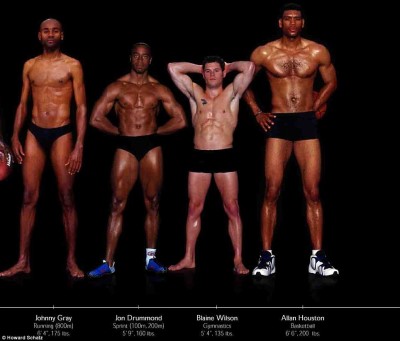