Steve Lacy Shirtless Fox5 NY Anchor: Gay or Girlfriend? (2020 Update). We are updating this post we wrote four years ago to bring you this filtered shirtless photo of the Fox 5 news anchor. We grabbed this rather disconcerting photo from his Insta page (follow him @stevelacy).

Question for those in the know: Is there a way to un-filter or normalize the pic? We want to see Steve’s shirtlessness in all his unfiltered natural glory. Hehe. 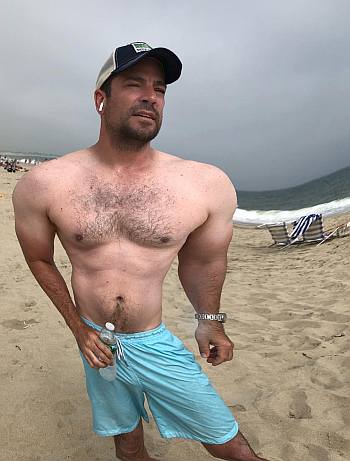 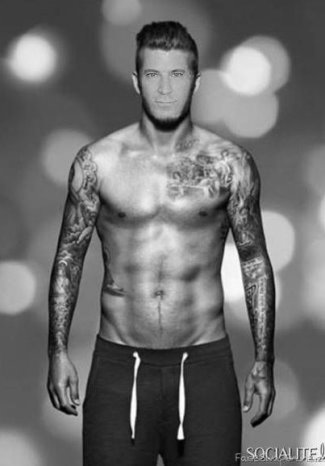 What say you of our Steve Lacy shirtless experiment? Not bad, eh? But does it deserve a passing mark?

Now we decided to do this post because we came across this list of New York’s Sexiest News Anchors & Reporters on ZeitgaySt. Who topped the list? Steve Lacy, of course. Here’s what the ZeitgaSt is saying about the Fox 5 anchor:

Steve Lacy (Fox 5/early-to-mid-40s?) – Straight from central casting, Steve looks like the straight twin of MSNBC’s Thomas Roberts (see below). He took over evening anchoring duties at the beginning of 2013. Actually, his photos don’t do him justice.

Here are some pics of Steve being goofy: 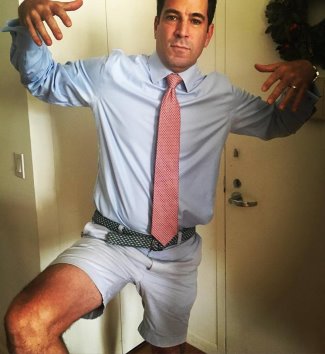 Apparently, he is a fan of Howard Stern and the Stern gang particularly Hollywood Ronnie (aka Ronnie the Limo Driver): 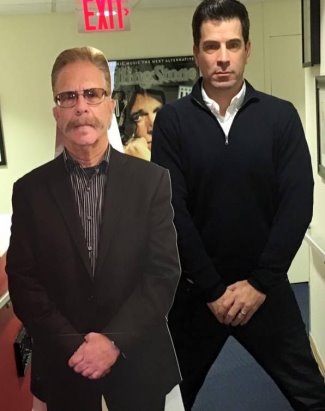 In January of 2013, Lacy was named anchor of the Fox 5 News at 5 and 10PM on WNYW-TV, the Fox Television flagship station in New York City.

Prior to his move to nights, he co-anchored Good Day Wakeup and Good Day Early Call on Fox 5 from 4:30 – 7AM M-F. He also would report for Good Day New York with Greg Kelly and Rosanna Scotto.

While in New York, Steve has provided live coverage of a number of breaking and ongoing stories, including the Seastreak Ferry Crash, Newtown CT massacre and the Mayor’s sugary soda ban.

Lacy joined FOX 5 in August of 2011 from WCVB-TV in Boston, where he was co-anchor of the weekend EyeOpener and general assignment reporter.

Steve Lacy Gay or Straight? He is straight although his choice of pants is kinda gayish. But to be fair to him maybe he’s just in a festive Christmasy mood: 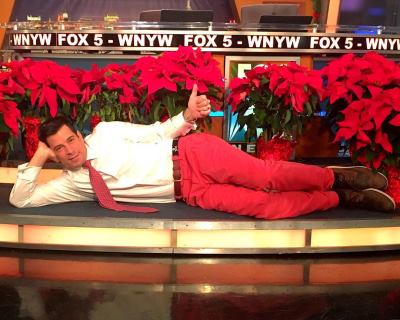 Steve is married to Anna Gilligan who used to work for Fox 5 NY as entertainment reporter for its morning program, Good Day New York. Here’s a pic of the couple when they tied the knot. 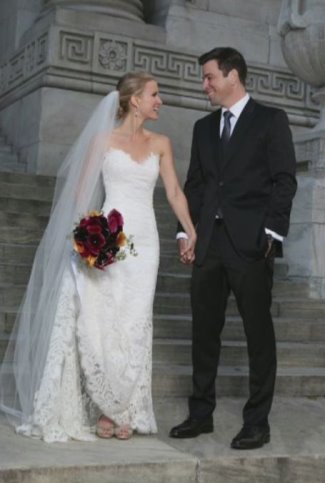 Belated congratulations to the lovebirds!